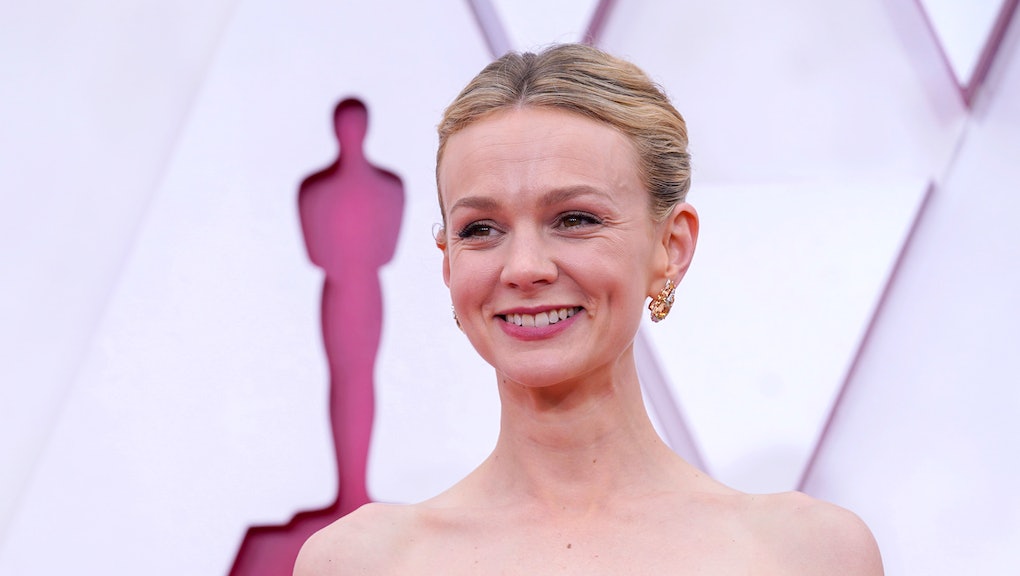 After 'Promising Young Woman,' Carey Mulligan is taking on Harvey Weinstein himself

Carey Mulligan poured heart, soul and body into her Oscar-nominated performance for the #MeToo-inspired revenge flick Promising Young Woman, and she was able to capitalize on that momentum by landing what could become the most important role of her entire career: that of the person behind the story that started the very movement from which Emerald Fennell’s acclaimed film was born.

According to a report from Deadline, Universal Pictures cast Mulligan alongside Zoe Kazan (best known for playing Elizabeth in the dystopian miniseries The Plot Against America) as Megan Twohey and Jodi Kantor, the New York Times reporters who broke the news that led to the downfall of sexual predator Harvey Weinstein as well as the countless other powerful men that had been hiding in his stretched-out shadow.

The movie, which has reportedly been in the works since 2018, will be titled She Said, after Twohey’s and Kantor’s award-winning book She Said: Breaking the Sexual Harassment Story that Helped Ignite a Movement, which trailed their Herculean quest to bring down a movie producer who used power, influence and wealth to silence the women he assaulted during his crooked ascent through the film industry.

Given the source material, it’s only fitting that the creative team behind She Said consists pretty much entirely of women. Behind the camera, Mulligan and Kazan will be joined by Emmy-award winning Maria Schrader, director of Netflix’s very first Yiddish drama series Unorthodox. Schrader, in turn, is set to adapt a script written by Oscar-winning playwright Rebecca Lenkiewicz. Oh, and Brad Pitt is producing.

Back to Mulligan, though. Following her showstopping role in Promising Young Woman, she definitely seems the perfect candidate to take on the lead in what could become the most important film to be made in the wake of #MeToo. In that sharply written, heavily stylized picture, Mulligan plays a med school dropout hellbent on hunting down the men that raped her classmate.

Needless to say, She Said will probably approach its subject from a different angle. Whereas Promising Young Woman was a fiery distillation of the “early, heady days of public #MeToo rage,” to quote Guardian critic Adrian Horton, She Said promises to be a more methodical, surgical look into the events that led to this an ongoing campaign to hold powerful men accountable for their actions.

Though not the first film to be inspired by the #MeToo movement, She Said is destined to occupy a special place in this still-developing genre. Aside from Bombshell, which narrated the struggle of several female news anchors trying to expose Fox News CEO Roger Ailes, most other films, from Promising Young Woman to last year’s The Assistant, had fictional narratives that, while powerful, also gave off the idea that “true justice still remains in the realm of fantasy.”

Several years after the now-infamous story made the front page of The New York Times, that’s about to change. Stepping into the shoes of a reporter who risked her livelihood and sanity to stand up for abused and assaulted individuals when many were turning the other cheek, Mulligan will bring us a story we have read over and over again, but have yet to see with our own eyes.