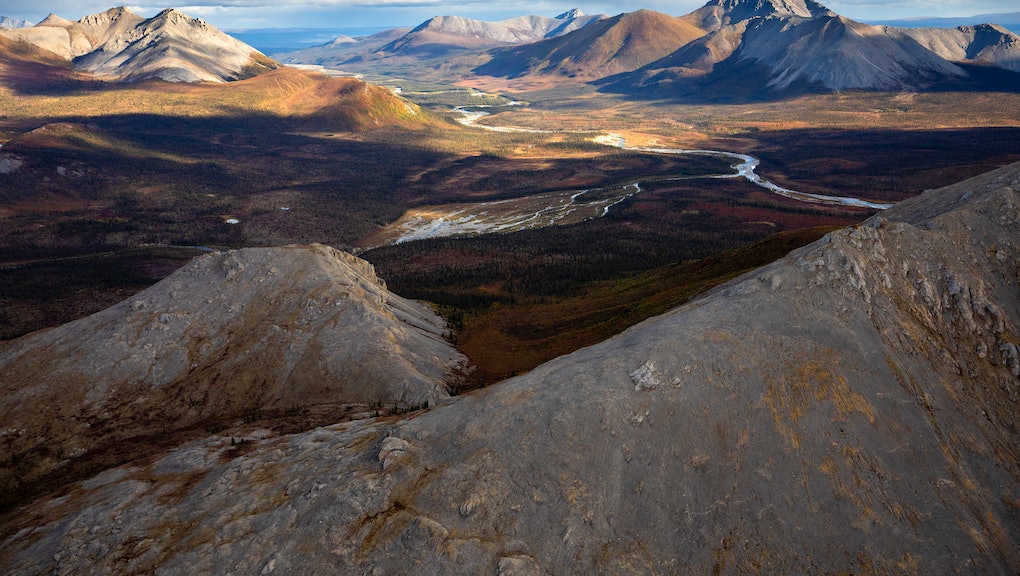 Against all logic, Trump is opening the biggest patch of wilderness left in the US for oil drilling

Stretching across more than 19 million acres of land in northern Alaska, the Arctic National Wildlife Refuge (ANWR) is the largest national wildlife refuge in the country, and the biggest plot of untouched wilderness in America. The area was first designated protected land by President Theodore Roosevelt in 1903. Now, thanks to President Trump and his fossil fuel cronies in charge of government agencies, that might soon come to an end. On Monday, the administration finalized a rule that will open up ANWR's coastal plain to oil drilling excursions for the first time.

The decision, announced by current Interior Secretary and former oil and gas industry lobbyist David Bernhardt, will allow companies to lease land within a designated 1.56 million-acre area for the purposes of drilling. While the Interior Department gave the final approval, the latest attempt to open up ANWR started in 2017, when a Republican-controlled House and Senate passed a bill authorizing lease sales in the region. The law also required the Interior Department to complete at least two lease sales of 400,000 acres each by 2024. While no sales dates have been announced, Secretary Bernhardt said that one could be completed by the end of this year, according to the New York Times.

Republicans have eyed drilling in ANWR for decades, dating back to 1977 when Congress first held hearings to determine the environmental impact of opening up the region. Activists, environmentalists, and lawmakers interested in conservation have managed to continue protecting the region over the years despite the Interior Department under Ronald Reagan recommending drilling in ANWR and, later, President Bush’s support for the idea.

Trump has gotten farther than prior administrations, in part because he doesn’t seem to care about public opinion. Protecting ANWR has largely always been a popular policy. It still is. Last year, the Yale Program on Climate Change Communication found that 67 percent of Americans oppose drilling in ANWR. In polling conducted earlier this year by Climate Nexus, just 22 percent of Americans voiced support for opening ANWR up for oil excursions. Even financial institutions, whose primary objective is to make money, don't think oil developments in the Arctic are a good idea. Goldman Sachs, JPMorgan Chase, Wells Fargo, and dozens of other banks announced this year that they would not help finance any attempts to drill for oil in ANWR.

While the decision to open ANWR may be viewed as a win for Trump and his fellow Republicans, it's not clear why they are going forward with it now aside from how nicely it fits with their personal, comically evil, branding. The price of oil has recovered from a complete crash earlier this year when companies were literally paying people to take on barrels of the stuff, but it is still near historic lows. America is also already the biggest oil producer in the world and has no need to tap into more reserves. During the Reagan years, the potential oil expansion was viewed as part of the ongoing Cold War against Russia. For the Bush administration, it was the promise of achieving energy independence. Neither of those motivating factors is in place now. The Trump administration appears to be going forward with the decision just because they can.

While Trump gets to notch a small, desperately needed victory in an election year, it will come with a significant cost. More than 700 species of plants and animals call ANWR home and could see their ecosystem significantly disrupted, if not destroyed by drilling operations. Caribou in particular face a threat as a result of opening up ANWR. If the population is affected or pushed from the region, it could leave indigenous people who call ANWR home and rely on caribou and other wildlife for sustenance without essential food sources. Oil exploration efforts also tend to destroy permafrost, which helps to contain carbon that would otherwise flood the atmosphere and contribute to climate change.

The costs of drilling in ANWR seem to significantly outweigh the benefits, but Trump needs a win. He’ll get it, at the expense of everyone else.