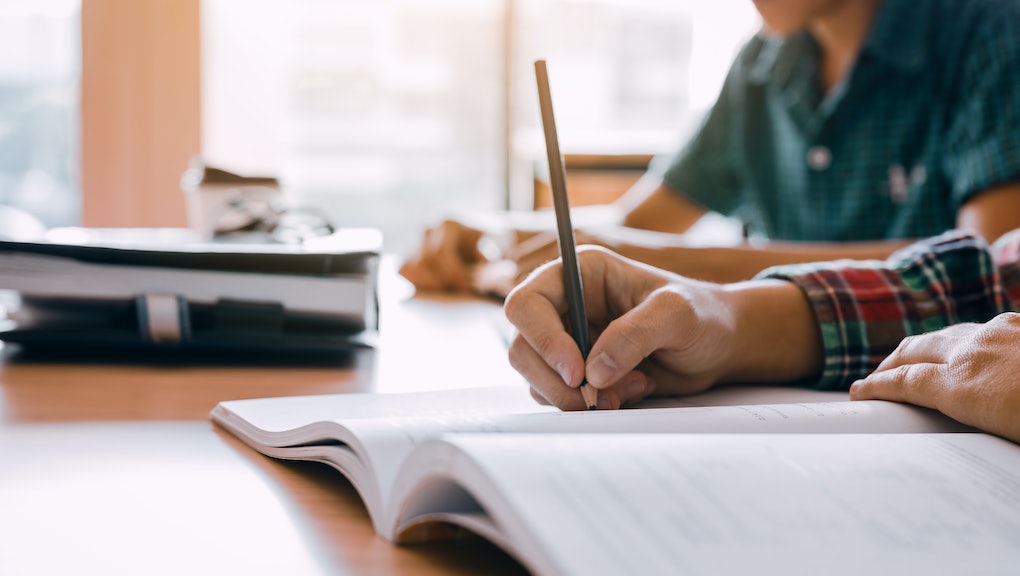 First, humans created artificial intelligence (A.I.) that could learn how to play games like chess and poker. Next, people trained A.I. to judge us by our looks. Now, the Allen Institute for Artificial Intelligence has reached a new level of accomplishments by developing an AI that can pass 8th and 12th grade science tests.

This is a vast improvement considering how A.I. had failed a similar test just four years ago.

Aristo was specifically created to handle multiple choice tests like this by researchers who wanted to go beyond benchmarks that relied on the computer's ability to play video games. They were able to improve so quickly by using neural networks — a system that can help a computer learn by analyzing enormous amounts of data. The A.I. can run through hordes of information to find recognizable patterns. Then, it can use those patterns to learn how to recognize images (like the characteristics of an animal) and understanding natural language the way Aristo does.

Although this was a successful test, A.I. still has a long way to go before it can start taking exams for us. The questions on the tests had to be hand-picked so Aristo was only tested on natural language and logical thinking. Any questions with pictures had to be removed. Otherwise, it would required the computer to use its 'vision' in addition to its other skills.

One of the Allen Institute researchers also noted to The New York Times that they still couldn't create an A.I. that could handle GRE-level math questions. The reasoning skills required were "far too challenging."

While Aristo still has a way to go before it can mimic the combined skills of a human — the understanding, logical thinking, and senses (such as sight) that we easily utilize every day — advancements like these can enhance a system's ability to assist us with other work. Improving online search engines and maintaining documents are examples of where A.I. can step in.

Unfortunately, this can also mean an advancement in technology that can deceive people. Deepfakes, altered images that rely on A.I., have already stirred up concern about users with malicious intent. In general, however, computers still have much to learn. And humans have much to learn about how to use A.I., as well.