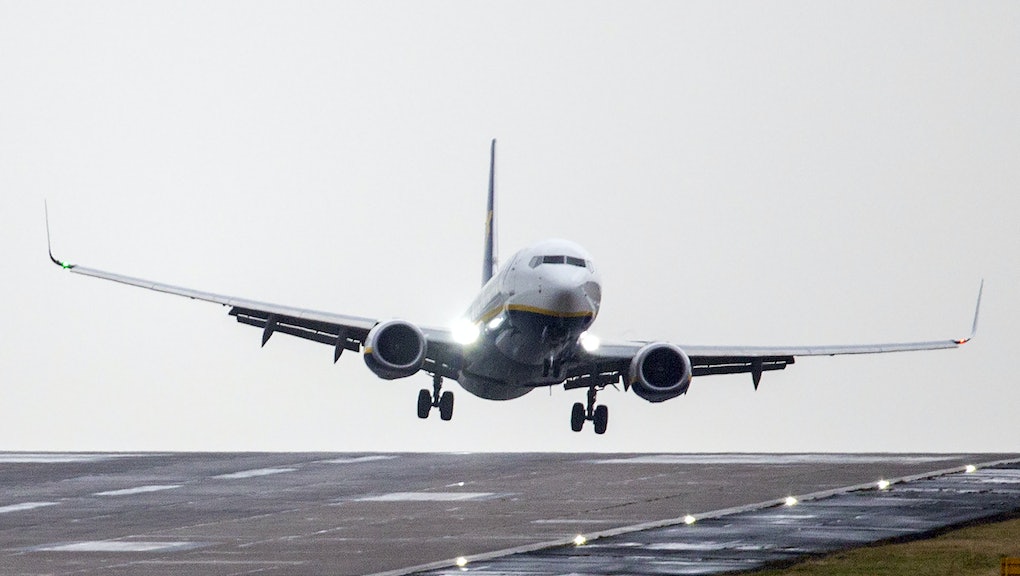 Airlines promised to cut emissions, but a study shows they are on the rise

Last year, aviation is responsible for nearly one billion tons of carbon emissions being pumped into the atmosphere. The good news is that this is still a relatively small amount compared to road transportation. The bad news is that the amount of carbon emissions produced by commercial flights continues to rise year over year and airlines are struggling to counteract these environmental challenges. According to a recent study conducted by Amadeus, a Spanish information technology provider for the tourism and travel industry, many airlines are failing to shrink their carbon footprint — suggesting the small, incremental changes they have made to combat emissions are falling woefully short of what is needed.

Many airlines will make the claim that they have managed to cut back their carbon emissions on a per-seat basis, suggesting that the average flight is more eco-friendly than ever before. That is largely true, according to Amadeus, but it doesn't capture the full story. With the number of commercial flights on rise, the actual overall levels of carbon emissions from airlines are on creeping up as well. The study shows that the world's largest airlines have been suffering from a pattern of one step forward and two steps back. In 2018, Amadeus found the 58 largest airlines in the world managed to collectively improve their emissions efficiency by about one percent. While that was an improvement, it fell short of the stated goal for the industry, which was targeting a 1.5 percent increase in efficiency for the year. Making matters worse, while efficiency improved, carbon emissions increased. The aviation industry as a whole saw a 5.2 percent increase in its annual emissions over the course of 2018, Amadeus found.

This has been a growing problem for the airline industry, and one that is worsening at a rate that companies have not been able to compensate for. According to a 2019 study published by the United Nation's International Council on Clean Transportation, airlines have seen a 32 percent increase in carbon emissions between 2013 and 2018. The additional carbon created during that timeframe would be the equivalent of opening up 50 new coal burning power plants, according to the researchers. While there was a predicted increase in these emissions levels, it has far exceeded expectations. The UN's study found that commercial flight emissions are rising 70 percent faster than expected. This problem is only going to get worse if aviation doesn't catch up. A record four billion people flew in 2017, and the United States alone saw one billion passengers on flights over the course of 2018. This despite the fact that air travel is still largely inaccessible for the majority of the world. According to National Geographic, only about 20 percent of the world's population has ever stepped foot on an airplane — but the number is expected to rise, and fast. The International Air Transport Association projects there will about 7.2 billion air travel passengers by 2035, nearly doubling the current levels in a matter of just 15 years.

With that many people getting ready to hop on flights, the pressure is on for the industry to adjust and maintain its mission of decreasing carbon emissions. There is already a goal in mind for many of these companies: an accord drafted by the United Nations' International Civil Aviation Organization has established a goal of capping and eventually decreasing emissions. Under the agreement, airlines are expected to offset carbon emissions by funding reforestation projects, carbon removal research and other plans that are intended to result in addressing the amount of climate being pumped into the atmosphere by flights. The accord requires airlines to dedicate about two percent of the industry's overall annual revenues to these projects. It will use emissions produced in 2020 as a benchmark for future goals, and will aim to offset 80 percent of emissions above 2020 levels through 2035. A total of 36 airlines signed onto this accord. Meanwhile, the International Air Transport Association (IATA) has set up its own set of goals, which includes creating a cap on net aviation carbon emissions starting after 2020 — meaning all growth after this year will be carbon neutral, not contributing more emissions than are already being produced. In addition to that, the IATA has also established a goal of cutting the amount of carbon emissions produced by commercial air travel in half by 2050, the same year that the Paris Climate Agreement has called on countries to hit carbon neutral status.

To reach these ambitious goals, the airline industry is going to have to step it up. According to Amadeus, many airlines are already undergoing a variety of climate initiatives across 22 measured categories — primarily pushing for more eco-friendly fleets, increasing engine efficiency, reducing the weight of aircraft and optimizing flight paths. Much of the recorded progress has taken place through carbon offsets. There are other, seemingly small changes that airlines could also undergo that may make a heap of difference when it comes to total carbon emissions. A recent study conducted by Imperial College London found that by changing flight altitude by as little as a couple thousand feet on fewer than two percent of all flights, damage done to the environment by aviation could be reduced by as much as 59 percent. The scheme relates largely to contrails — the white streaks in the sky that often linger long after a plane has passed through. Those streaks are actually ice clouds formed by water vapor from the aircraft, and they can trap heat within the earth's atmopshere, effectively warming the planet. Scientists at the Massachusetts Institute of Technology found that contrails are responsible for about 14 percent of the climate and air quality damage caused by air travel.

These types of little changes will be helpful, but they aren't going to get airlines to their stated goals, let alone where we likely will need them to be in order to ensure we aren't steadily increasing the amount of carbon emissions being pumped into the atmosphere as we travel. The researchers at Amadeus concluded that airlines will need to implement measures across all 22 categories of climate initiatives if they want to see any significant improvement in their collective carbon footprint. Perhaps the biggest innovation that will be required for the industry is a push toward low- or zero-carbon emission fuel sources, including electricity and renewable energy sources. Some have placed bets on e-fuels like hydrogen as a potential source of safe, carbon-free fuel source, though some studies have cast doubt on its affordability and efficiency. A number of electric planes are in the works and could threaten to disrupt the industry, which is largely dominated by just a few airplane manufacturers. One way or another, the aviation industry will need to make a change — and soon. As more people start to have the means and desire to access air travel, the less impactful small changes will have. Cutting down on carbon per person transported doesn't matter as much when you're filling more seats and completing more flights than ever before. A true solution will be figuring out a way to make each flight at least achieve carbon neutral status. Failing to do so might leave us with a lot fewer cities to travel to as climate change continues to result in rising tides and devastating extreme weather events.

More like this
Google Earth's new Timelapse feature is a rude awakening for climate skeptics
By AJ Dellinger
The ocean is about to swallow a climate research facility, which feels fitting
By AJ Dellinger
Leaked calls reveal the conservative "master plan" to tank climate action
By AJ Dellinger
Stay up to date