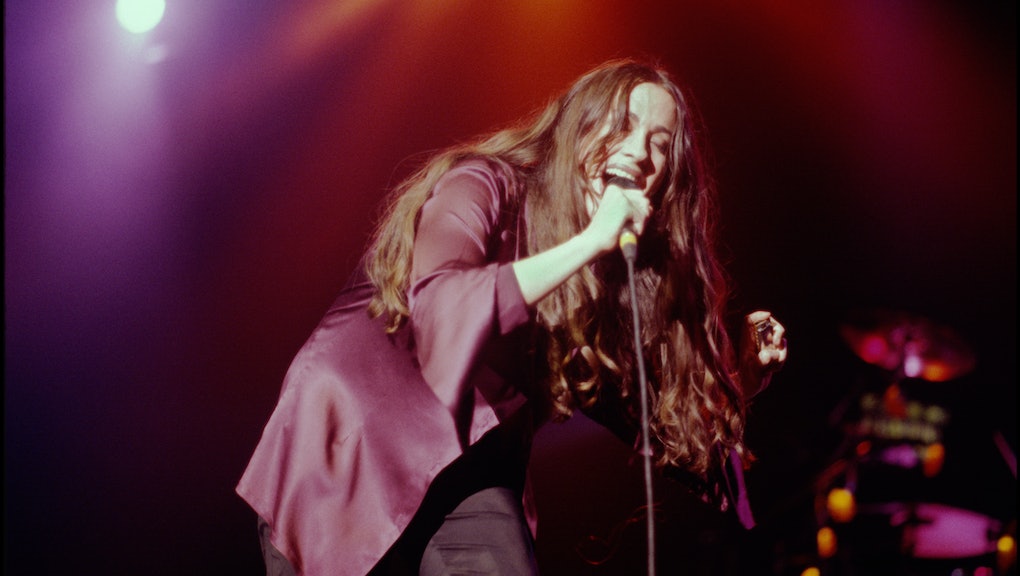 In a new documentary, Jagged, premiering at the Toronto International Film Festival this week, Alanis Morissette says she was the victim of multiple statutory rapes when she was a teenager. The Washington Post first reported that the musician broaches the topic of sexual assault about three-quarters of the way through the film.

"It took me years in therapy to even admit there had been any kind of victimization on my part," Morissette says in the documentary. "I would always say I was consenting, and then I’d be reminded like 'Hey, you were 15, you’re not consenting at 15.' Now I’m like, 'Oh yeah, they’re all pedophiles. It’s all statutory rape.'"

The singer doesn't name any of her alleged abusers. She says she felt powerless to do anything about the advances and blames the music industry for letting predators run rampant. "I did tell a few people and it kind of fell on deaf ears," Morissette says in the film. "It would usually be a stand-up, walk-out-of-the-room moment."

At 15, Morissette was just getting her foot in the door, recording demos and videos in pursuit of a record deal. She signed a two-album deal at 16 with MCA Canada in 1990. It was her third record, 1995's Jagged Little Pill, that catapulted her to mega-stardom with its urgent, angry sound.

Her comments in Jagged, the documentary, mark the first time Morissette has gotten personal when broaching the subject of abuse. Previously, she'd only spoken in jarring yet abstract terms. For example, last year she told the Sunday Times that "almost every woman in the music industry has been assaulted, harassed, raped. It’s ubiquitous — more in music, even, than film."

Morissette says her lack of transparency till now was a means of self-preservation. "Me not telling specific information about my experience as a teenager was almost solely around wanting to protect — protect my parents, protect my brothers, protect future partners," she says in the film. But the musician reminded folks that when she had sought help as a teen, her pleas fell on deaf ears.

"You know, a lot of people say, 'Why did that woman wait 30 years?' And I’m like fuck off," she says in the documentary. "They don’t wait 30 years. No one was listening or their livelihood was threatened or their family was threatened. The whole ‘why do women wait’ thing? Women don’t wait. Our culture doesn’t listen."

The exploitation of female artists by powerful men has gotten far more attention in recent years. According to a survey by the Music Industry Research Association, 67 percent of female musicians report being the victim of sexual harassment. Kesha, for example, sued the producer Dr. Luke for "sexually, physically, verbally and emotionally" abusing her during their professional relationship, though those claims were later dismissed.

Ironically, Morissette won't be attending the premiere of the film about her. She's currently touring, to be fair, but according to the Washington Post, the singer isn't thrilled with the documentary for unspecified reasons. Alison Klayman's film is a celebratory yet in-depth look at her career, and Morissette seems to be an eager participant in its interviews. The director declined to speculate on the singer's objections: "Of course I wish Alanis could be there. It was a privilege to make this film and I’m really proud of it," Klayman said. "Hopefully there will be other opportunities in the future for her to come to film events."