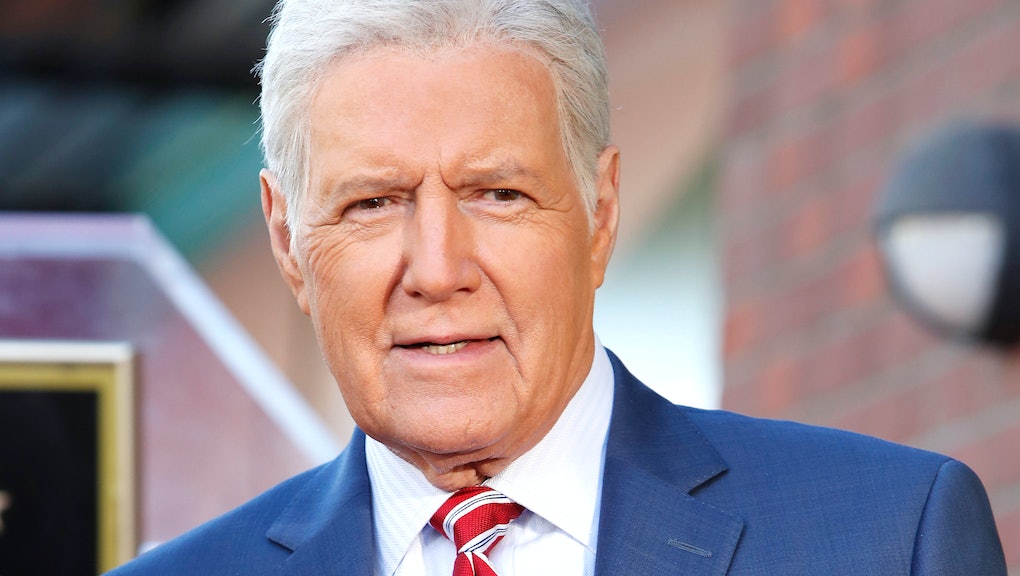 On Wednesday, Alex Trebek shared an update with Jeopardy! fans on the one year anniversary of his pancreatic cancer diagnosis. He opens with a reminder that the one-year survival rate for stage four pancreatic cancer is 18% — a mark that he’s already blown past. Trebek then detailed some of the more turbulent moments of his year battling cancer.

“I’d be lying if I said the journey had been an easy one. There were some good days, but a lot of not so good days,” he said. “There were moments of great pain, days when certain bodily functions no longer functioned, and sudden, massive attacks of great depression that made me wonder if it really was worth fighting on.”

And yet he powered on, thinking of the family, viewers, and faith he’d be letting down if he decided to cave in when the fight seemed insurmountable. “But I brushed that aside quickly, because it would have been a massive betrayal — a betrayal of my wife and soulmate, Jean, who has given her all to help me survive,” he said. “It would have been a betrayal of other cancer patients who have looked to me as an inspiration and a cheerleader of sorts of the value of living and hope.”

Over the past year, Jeopardy! has remarkably kept on going at a consistent pace. You sense the show’s making a concerted effort to check off more big milestone moments as Trebek reaches the end of his tenure, like the record-breaking Greatest of All Time tournament, which firmly cemented Ken Jennings as the king. But I’ve tried to keep up with the routine episodes as well while they’re here, which included highlights like Mackenzie Jones’ 8-game streak, totaling more than $200,000 in winnings.

You know the institution of Jeopardy! will survive after Trebek — he’s already shared some possible replacements — but it’s just impossible to imagine anyone who can match his knowing deadpan and love of the game. For the time being at least, we don’t have to.

More like this
The 8 best reality shows you're not watching, but should be
By Brandon Yu
Steve from 'Blue's Clues' gave us the closure we didn't know we needed
By Kara Weisenstein
LeVar Burton doesn't want to host 'Jeopardy!' anyway, thankyouverymuch
By Kara Weisenstein
Stay up to date