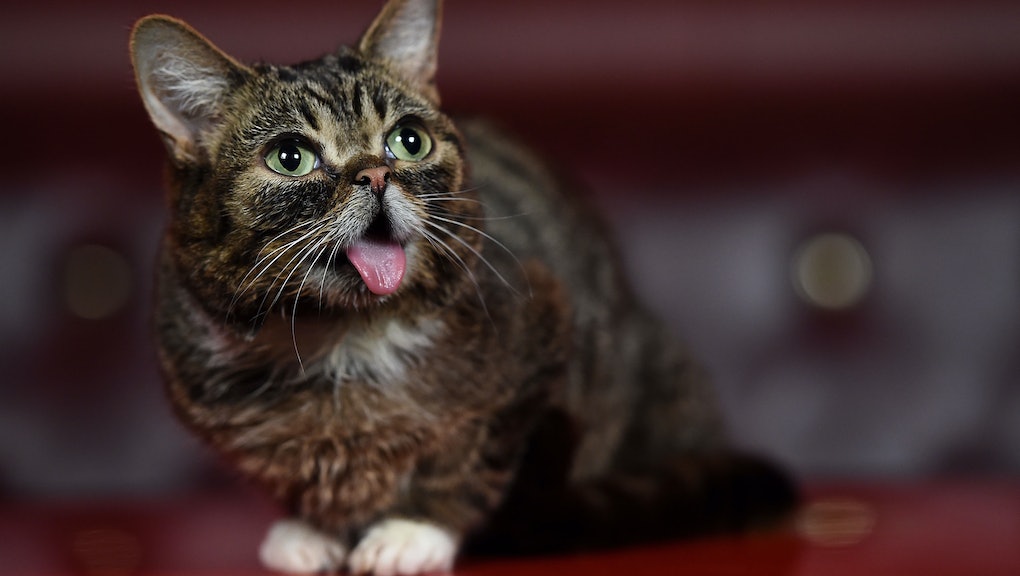 All the viral pets are dead

It’s been a pretty bad year for internet cats.

Lil Bub, a pioneer among Instagram famous felines, died on Sunday. Lil Bub’s lightbulb eyes and droopy tongue endeared her to a generation of social media users over the last decade. She was just eight and suffered from a degenerative bone disease related to her kitty dwarfism.

Another of the earliest viral pets, Grumpy Cat, whose perpetual scowl was a meme incarnate, passed away this year, too. The cat, whose real name was Tardar Sauce, was seven when she died in May of complications from a urinary tract infection.

There’s been an outpouring of grief online, like the internet is collectively mourning a family pet. In a lot of ways, we are. Think of how much time we’ve collectively spent “aww”-ing at the Instagrams of Grumpy Cat, Lil Bub, and their cohorts in the animal influencer community.

Cats are the “unofficial mascot of the internet.” The most-viewed content on the web is photos and videos of them — mostly thanks to lolcats, the image macro genre that went viral in 2007. Another wave of cat content crested around 2011, when a generation of camera-friendly kittens were born right as Instagram was beginning its rise to popularity. Lil Bub was born the runt of a litter in spring 2011 and found a home with her owner Mike Bridavsky, who cared for the disabled kitten as she grew and thrived past her initial six-month life expectancy.

Unlike a lot of pet owners on Instagram these days, Bridavsky didn't go looking for internet fame. A photo of Lil Bub as a kitten, with her signature "blep" of a tongue, went viral on Reddit in late 2011. Grumpy Cat had a similar origin story. Her signature frown is the result of feline dwarfism, and she shot to stardom after her photo made the rounds on Reddit in 2012.

A few other high-profile animal influencers have passed in recent years, like Dexter the emotional support peacock who died unexpectedly in 2018. Their mortality forces us to contemplate how to publicly mourn a famous pet. Bizarrely, an artifact that could pretty succinctly define the last decade might be Lil Bub’s obituary in the New York Times. It’s a bit surreal to see the paper of renown canonizing a meme — but that’s 2019 for you.

The deaths of Lil Bub and Grumpy Cat are significant because they conclude this chapter of meme culture. With millions of pet owners chasing the celebrity that was semi-magically bestowed by social media on a few lucky cats, the category is fully saturated. Meme culture moves too quickly these days for there to be another Lil Bub anytime soon.

So today, we’re not just mourning the passing of famous cats like Lil Bub. We’re pouring one out for the end of an era, 2010 to 2019, the decade when feline influencers ruled the internet.