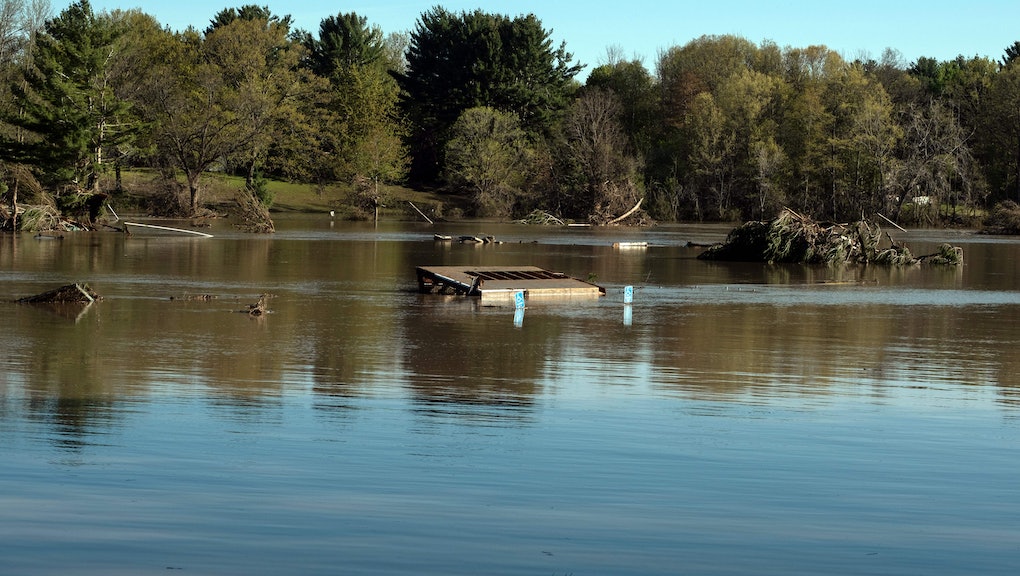 "All this could have been prevented": How failing dams left a Michigan town underwater

What began as heavy rains earlier this week has turned into a catastrophic scenario for residents of central Michigan. In what the National Weather Service has called a "life-threatening situation," the swelling of rainwater resulted in flooding, which pushed two dams to the breaking point and sent unprecedented levels of water barreling toward the towns of Edenville, Sanford, and Midland, which plays home to a Dow Chemical plant. More than 11,000 people were forced to evacuate from their homes Tuesday evening, with little warning and even less clarity on when they can return.

The first sign of trouble occurred in the early hours of Tuesday morning, when Midland County Central Dispatch issued an alert warning that there was an “imminent dam failure” at the privately-owned Edenville Dam. Residents of Edenville and Sanford were advised to evacuate immediately, and by 6:00 P.M. Tuesday evening, a section of the dam failed, according to a report from local news publication MLive. Sanford Dam, another privately owned barrier that sits about seven miles downriver from the Edenville Dam, was also overcome by the flood waters. The failures prompted the National Weather Service to issue a flash-flood warning for areas near the Tittabawassee River. According to the agency, the Tittabawassee River crested on Wednesday at 35.05 feet. Its standard flood stage is 24 feet.

Dylan Fisher, a 19-year-old Midland resident, told Mic that while the situation had been developing for a few days, it started moving quickly once it was clear the dams had failed and flood water was coming. "The evacuation circle...kept increasing and so eventually it got to me and my family. We started packing right away because we were told the water could reach us in 45 minutes," he says. Michigan Governor Gretchen Whitmer warned at the time that downtown Midland could be under as much as nine feet of water. "As we were leaving the water had actually reached at the far end of our road, so that was kinda crazy," Fisher says.

There have also been known issues with both of the privately operated dams in the region for some time. The Federal Energy Regulatory Commission has been prodding the owner, Boyce Hydro Power, to make upgrades to the Edenville Dam since 2004. In 2018, the agency revoked the Edenville Dam's license and warned that it would likely fail to survive a "maximum flood event." The inadequacies of the dams has also been a point of conversation among residents for some time, according to Fisher. "I remember … hearing my grandparents talk about it," he says. "I think most people knew that the owner was unable to pay for repairs but it was kinda just like, 'What can we do?'"

Brennan Borowiak, an employee at the MidMichigan hospital in Midland, tells Mic that nothing was done by dam ownership despite the inspections. "They haven't done a thing about it," he says. "All this could have been prevented."

Like many central Michigan residents forced from their homes due to the flooding, Fisher and his family considered taking shelter at a nearby mall or high school that had been set up as a safe haven for those in the evacuation zone. Ultimately, they chose to go to Fisher's grandmother's house because of concerns that being in close proximity to others might expose them to coronavirus. "Up to this point we’ve all been staying inside and being safe so it kinda just felt like a much lower risk than going somewhere with a lot of people," he explains.

Those concerns presented a real challenge for officials and first responders trying to keep residents safe from the flooding while also not exposing them to increased risks of contracting coronavirus. The Centers for Disease Control and Prevention guidelines advise against gatherings of more than 10 people, but enforcing such restrictions is difficult when setting up shelters that may need to temporarily house hundreds or thousands. It's also difficult to enforce social distancing rules in those facilities. Michigan has been one of the states hit the hardest by the coronavirus, with more than 50,000 confirmed cases and 5,000 deaths, according to data from Johns Hopkins University.

While the water from the Tittabawassee River has crested, residents of Midland and other surrounding towns have not been given the green light to return to their homes. Several feet of water still remains in Midland's downtown area, and waters aren't expected to fall back below flood stage levels until the weekend, and could even last through Memorial Day. Fisher says he and his family "have no clue" the state of their home at this point. Borowiak claims that some people have returned home to find their possessions destroyed. "We know so many people who lost everything," he says.

Adding to the concern about the long-term safety of the region is the presence of a Dow Chemical facility and two hazardous waste sites that sit within the path of the flooding. The water reportedly reached the containment ponds near Dow Chemical's plant, but the company claimed there was no environmental damage done or ongoing threat to residents. “Dow’s local emergency operations center is fully activated and is implementing its flood preparedness plan,” the company said in a statement. “All operating units on site have been safely shut down, except for facilities needed for safely managing chemical containment, and all railcars are secured.” The Environmental Protection Agency is monitoring the situation, according to a report from NBC News. Even if no additional environmental risk is posed, it will be some time before life in central Michigan resembles anything close to normal.

More like this
"Brood X," a plague-level cicada infestation, is coming for us this spring
By Rafi Schwartz
The ocean is about to swallow a climate research facility, which feels fitting
By AJ Dellinger
What cities will be most affected by climate change?
By Vanessa Taylor
Stay up to date