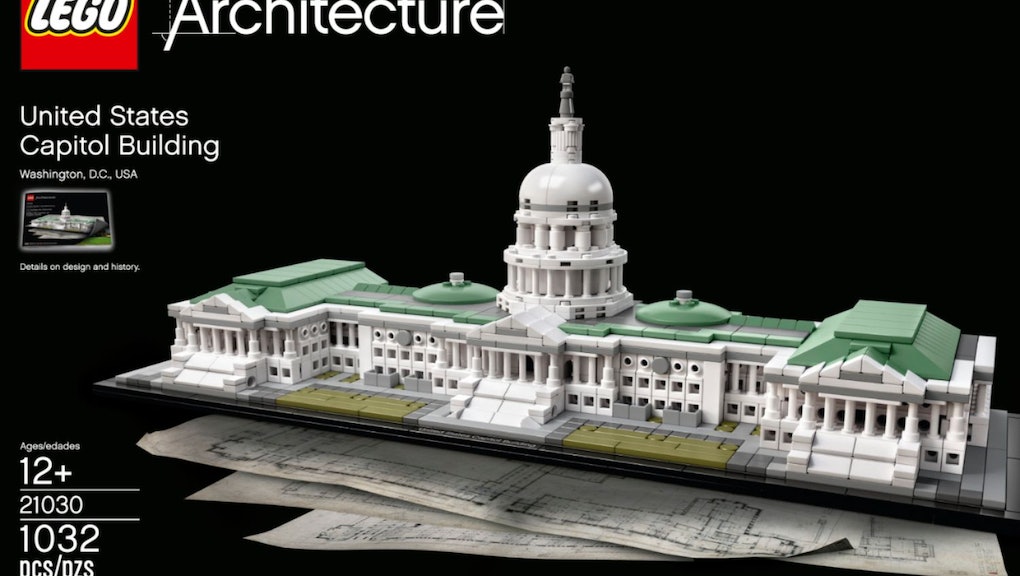 An alleged insurrectionist had a fully assembled Lego set of the U.S. Capitol

As charges progress against the alleged rioters who forced their way into the U.S. Capitol on Jan. 6, we've learned a significant amount about the level of preparation that some put into the attack. Some stockpiled weapons and even brought them into the Capitol, coordinating plans weeks in advance. Now we know one other little detail, thanks to some confiscated evidence in the form of a "fully constructed U.S. Capitol Lego set" that the FBI seized, according to charging documents obtained by The Smoking Gun.

The assembled kit was taken from the home of Robert Morss, a 27-year-old substitute teacher and former Army Ranger from Pennsylvania who was arrested last month for his alleged role in the riot. Morss is charged with nine separate counts related to the events of Jan. 6, including assaulting police officers. He is thought to be one of the leaders of a group of rioters who, according to prosecutors, carried out "one of the most intense and prolonged clashes" with law enforcement. Investigators also confiscated a notebook from Morss's car that included guides like a "step by step to create a hometown militia"; lists of tasks including "patrol base, battle drills," and "room clearing"; and reminders to "Bring Assault Rifle" and other equipment.

Back to that Lego set, though. So, it seems that Morss at some point picked up a set for the U.S. Capitol building from Lego's Architecture line, which creates model-sized recreations of famous landmarks. These bad boys aren't cheap, typically retailing for more than $100 — and the U.S. Capitol model is even more expensive. The set has been retired, according to the Lego website, and it sells for well over $200 through resellers on eBay. The set contains 1,032 pieces and produces a finished model that is 6 inches high, 17 inches wide, and 6 inches deep. So, credit to Morss for putting that thing together, because it's a time-consuming task.

Whether it was actually worth his time is pretty questionable. While the mini-scale building resembles the Capitol building, there's not much to suggest that it would provide much insight into how to attack it. The charging documents did not indicate whether or not the FBI believes that the Lego replica played any role in Morss's planning process.

And look, the FBI may not be brave enough to declare that Morss and his fellow insurrectionists gathered around the Lego model of the Capitol with little Lego men, all armed to the teeth with small plastic guns in their tiny Lego hands — but God I hope they absolutely did. I hope they planned each step along the way by moving their mini figurines through the doors and into the halls of the Lego Capitol like a scene out of the worst Ocean's 11 sequel that you've never seen.

If only Morss had broken out the Ninjago Dragon set to help with his attack. Maybe it would have been more successful.