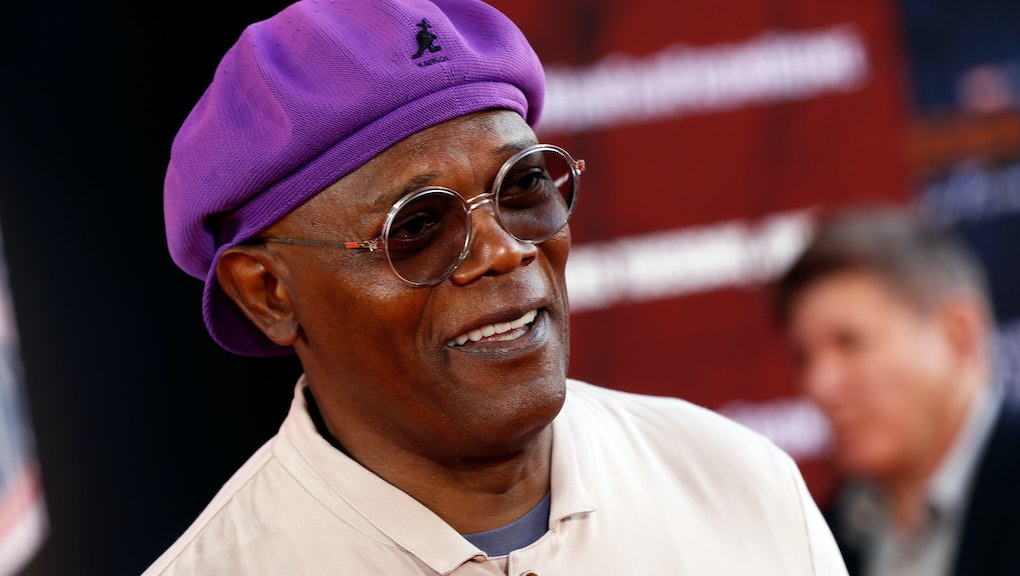 Today, during their annual hardware event, Amazon announced numerous additions to their Echo product line, including a new smart oven, wireless ear pods, and even glasses frames. (Somewhere, Google Glass quietly weeps.) Among the announcements was also a surprising update to its AI assistant Alexa’s voice. Soon, users will be able to program their Echo devices to respond in Samuel L. Jackson’s voice, in both a regular and explicit mode made possible by a neural network that replicates the actor's speech.

And while that might seem to some like just a cute, fun option to add to the device that fills your lonely apartment with music and weather reports, I have this to say to Amazon and any other tech company listening: please stop. I do not want celebrities talking to me through my smart home devices.

Does it sound at least mildly entertaining to replace Alexa with Samuel Jackson for the day? As someone who listens to Cobra Starship’s masterpiece of a movie theme for Snakes on a Plane on a far more regular basis than I’d like to admit, of course. But the novelty probably runs out somewhere after asking Samlexa how he feels about the snakes on this plane (in explicit mode, of course) and whether he knows what a quarter pounder with cheese is called in France.

I already have celebrity voices filling my apartment. It’s called living alone and having Netflix keep you company. It’s called lying in bed watching Kylie Jenner’s Instagram stories instead of getting up to go to work.

To be fair, Amazon wasn’t the first to come up with this concept. Earlier this year, Google announced that they’d be adding John Legend’s dulcet mouth sounds to their Home devices for a limited time (for all the stans into Chrissy Teigen role play). And various celebs and characters have lent their voices to GPS services over the years.

But not being the first to have an idea doesn't automatically make it a good idea.

In case you’re wondering, Amazon didn’t sit Sam in a booth to read every single word in the dictionary in order to create a robotic version of his voice Stepford Wives-style. Instead, they’re reportedly using a neural text-to-speech technology. We assume they also played lines from a variety of the 70-year-old’s more than 100 movie roles to help train the AI.

Somehow that makes it worse. The uncanny valley of smart home assistants is already a blurred territory, made all the fuzzier by using the widely recognizable voices of celebrities to feed you information about your day's schedule or help you add toilet paper to your shopping list. What's next, we make Her real life by using Scarlett Johansson's voice for the next wave of Siri?

No, thank you. I would like to live out my complicated relationship with the robot that does my bidding in private, without the intrusion of international superstars. If Amazon decides to throw in an Echo Dot-sized Kangol hat, though, I might change my mind.

More like this
How the shock and confusion of 9/11 enabled our modern conspiracy era
By AJ Dellinger
Scientists are potty-training cows in an effort to save the planet
By AJ Dellinger
Wind power is surging in the U.S., which means all sorts of good things
By AJ Dellinger
Stay up to date