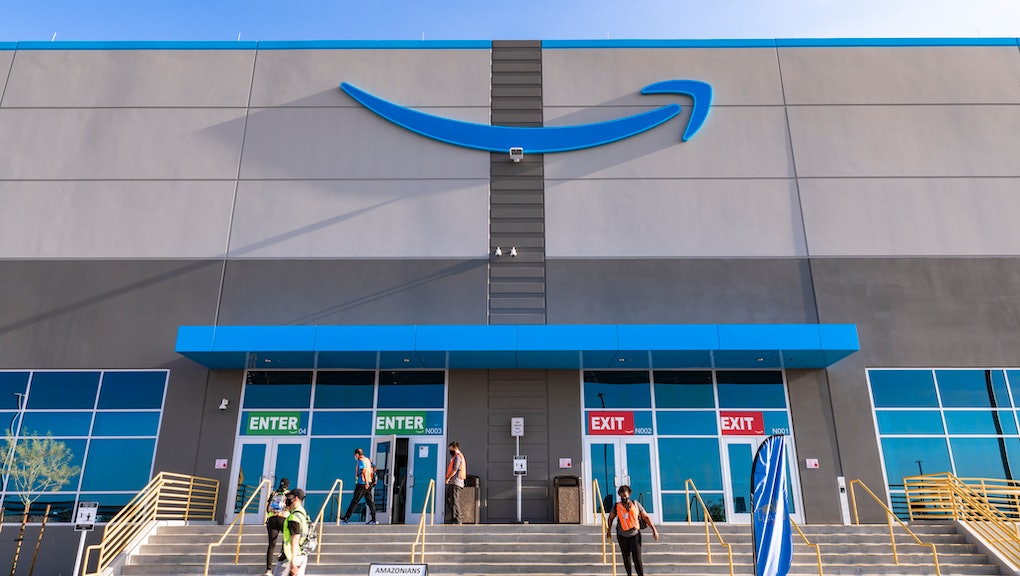 Employees at Amazon warehouses have been overworked and pushed to the point of exhaustion, unnecessarily exposed to coronavirus outbreaks, and discouraged from unionizing and advocating for their rights. But have no fear, Amazon has something better than ethical treatment and fair pay in store for its workers: The company is reportedly rolling out a new gamification program, which encourages workers in the fulfillment center to complete tasks more efficiently so that they can virtually compete against coworkers to win digital awards.

The program, known as FC Games, has been in use in Amazon warehouses since at least 2017 and first drew public attention in 2019. But according to a report from The Information, Amazon is now planning to expand the gamification model to its warehouses in at least 20 states across the country. Once the gamification system is implemented, warehouse employees will be presented with a variety of games that turn their daily workload into a virtual competition that drives workers to perform faster and without error. Victory in these competitions produces a reward of digital currency, which can be used to purchase rewards like virtual pets.

The games are not super sophisticated — Amazon isn't plugging its workers into the Ready Player One universe or anything. The competitions are essentially just virtual version of the tasks they’re already completing: One game, revealed by The Washington Post, turns picking packages into a game of Tetris, while another game highlighted by Fast Company called Dragon Duel pits warehouse workers against one another to pick packages as fast as possible to power virtual dragons through a race. A third game, called MissionRacer, has workers moving a car around a track by correctly sorting products into corresponding bins.

University of Washington graduate student Postyn Smith recalled an Amazon employee saying they play the games because "it's better than nothing."

While the games can help mask the monotony of much of the work that fulfillment center employees are tasked with each day, it remains a largely superficial cover. In a post on Medium, University of Washington graduate student Postyn Smith recalled an Amazon employee saying they play the games because "it's better than nothing" — not exactly a ringing endorsement of the program.

A spokesperson for Amazon tells Mic that employees "enjoy having the option to join in these workstation games," and that the program is "completely optional for employees," who can join in as they wish and even play anonymously. Amazon has consistently maintained that its workers enjoy FC Games and appear to be more engaged.

But there are also fears that while the games seem innocent and innocuous enough, they actually present potentially harmful outcomes and may be the precursor to a dystopian future in which Amazon tries to do the workplace equivalent of min-maxing its employees.

There is evidence to suggest that gamification has negative effects on the workplace. A 2018 study found that pitting workers against one another by creating leaderboards and other scoring systems can produce negative outcomes, particularly for those who don't see their name climbing the ranks and feel discouraged from competing. Other workplaces that have tried to motivate employees with games have seen actual harm occur: When the Disneyland Resort Hotel in California implemented scoreboards to track worker productivity, employees found it harder to take necessary breaks for fear of seeing their rank drop. Rates of injuries reportedly increased as employees raced to finish tasks and took risks they otherwise wouldn't have.

Gamification, in fact, rarely incentivizes healthy behaviors. Rest and breaks have been found to improve productivity over time, but turning work into competition does not attempt to maximize work over time — it instead encourages workers to do as much as they can as fast as they can and risks burnout.

While Amazon has said the FC Games program is optional, it's hard not to view it as an expansion of the company's already significant employee surveillance program that tracks productivity and even creates heat maps to determine which employees are most likely to participate in union organizing. While Amazon holds that it does not monitor or manage performance in any way, it's not difficult to imagine game scores suddenly becoming a metric that is used to determine if an employee is being productive enough. Warehouse workers already have a high rate of burnout and suffer from injuries due to the breakneck speed of the logistics operation.

By gamifying the work day, Amazon just incentivizes those outcomes by rewarding digital points for working quickly. Of course, maybe one day it'll let those employees redeem their virtual currency for hazard pay.

More like this
New study confirms we're right on time for a complete societal collapse
By AJ Dellinger
QAnon queen Marjorie Taylor Greene got suspended from Twitter for spreading coronavirus misinformation
By AJ Dellinger
For a blessed 11 minutes, Jeff Bezos was not on Earth. Here's what he missed
By AJ Dellinger
Stay up to date