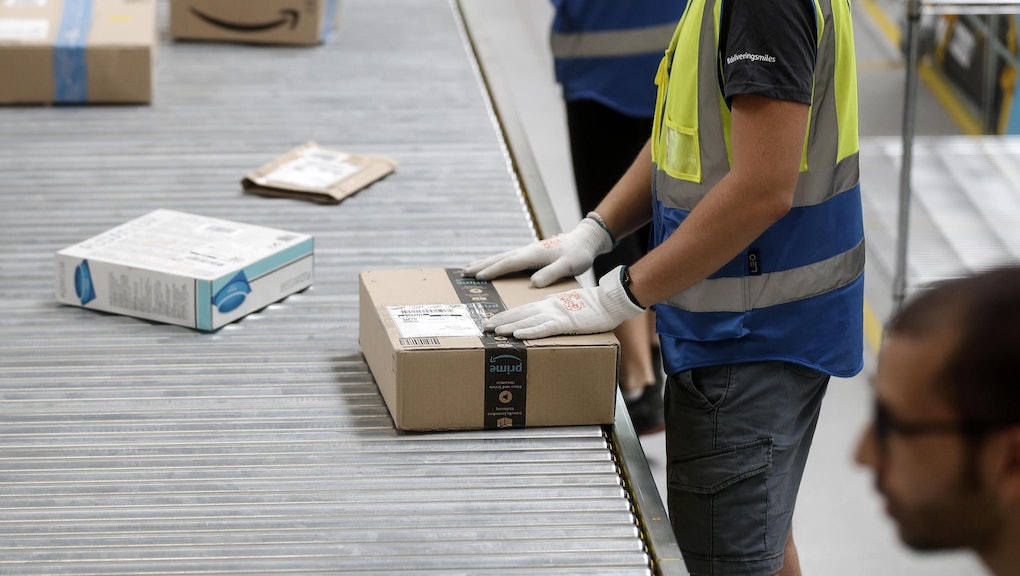 Amazon needs more skilled workers, and the company is taking steps to invest in its already existing pool of employees. On Thursday, the tech giant unveiled a plan that will provide voluntary training to 100,000 employees to increase their qualifications and skills by 2025. It will cost Amazon about $700 million to reach its goal.

The bosses at Amazon likely see this as a worthy investment. The company is increasingly relying on automation and machines to handle simple, repetitive duties — such as packaging and stocking — in a quick and efficient way. With services such as same-day delivery for Prime members, Amazon needs these tasks done faster than ever.

But each packaging machine installed, according to Reuters, practically removed 24 human-led positions as a result. Critics, such as Sen. Bernie Sanders, spoke out against such practices in the belief that automation provided large companies like Amazon an excuse to cut the costs of human labor. A spokesperson told Reuters that cutting out humans wasn't the goal of automation in Amazon warehouses. "We are piloting this new technology with the goal of increasing safety," she said, "speeding up delivery times and adding efficiency across our network.”

Not only do these machines make the packaging process more efficient, insisted Amazon, they also shouldn't displace too many people — humans are still required to control and manage the machines. But there's a catch: These workers need to have more advanced skills and training. According to CNBC, training programs like this will help Amazon retain its loyal workers while alleviating the pain of trying to attract skilled workers in a competitive economy with low levels of unemployment.

The retraining is mostly free, and is available for employees who want to move into other Amazon departments, such as software engineering and machine learning, or move on from the company entirely. The latter may be a tantalizing option for those who feel Amazon takes advantage of working conditions that can pressure warehouse employees into working long hours, fear of taking breaks or time off, and workplace injuries. Amazon continues to face accusations of hostile work places even now, with the latest strike planned in Minnesota during Prime Day.

Amazon's expensive plan comes as concerns about automation become more prominent in people's lives. Although automation can help people and businesses with their jobs, it can also end up taking over existing positions such as manufacturing or trucking. In January, a study by the Brookings Institution found that 25 percent of jobs in the U.S. were at risk of falling to automation. Nearly every industry will be affected by automation, said the study.

Jobs in the Midwest are particularly at risk, reported CNBC, due to the amount of manufacturing and agriculture in the region. "In Kokomo, Indiana, 55 percent of the work could be automated; in Washington, D.C., just 39 percent."

Those percentages can be scary to think about. The reporters at CNBC told the tale of people who could only escape the threat of automation by re-learning new skills and switching into different jobs. CBS News also pointed out part of a World Economic Forum jobs report that stated "at least 54% of employees in all industries will require significant re-training and upskilling due to artificial intelligence and other automation technologies to meet future workforce needs by 2022."

Overall, Amazon's plan might be costly, but it appears to be the best way to handle the impact of any displacement felt by current employees. The reliance on automation is not coming to a halt any time soon. Hopefully, other companies will be able to keep up and offer similar opportunities for employees before their machines displace too many people.