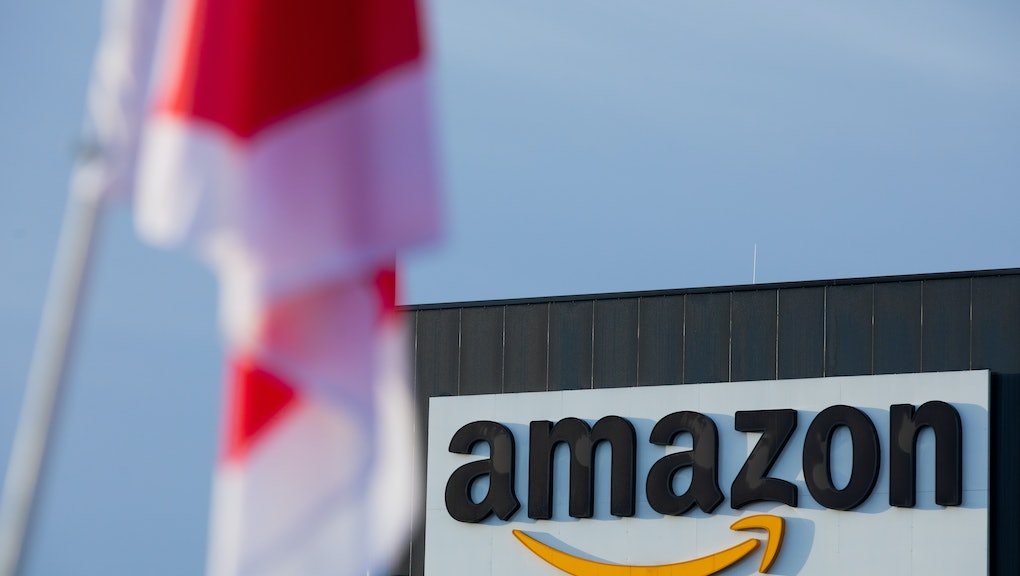 It seems a question of when rather than if the podcast bubble pops, but there’s definitely no indication of it happening anytime soon. This year found Spotify going all in on high-profile podcasting, acquiring shows from Joe Rogan, Michelle Obama, and the entirety of the Ringer. Now, Amazon’s trying to play catch-up as the calendar flips to 2021. According to the Hollywood Reporter, Amazon Music is set to acquire the podcast studio Wondery.

Although details are scant at this point, Amazon pledges to not change anything for Wondery listeners — that’s to say, Wondery programming won’t become an Amazon Music exclusive and will remain available to play on other platforms. The Wall Street Journal estimates the Wondery deal at $300 million, ranking it among the priciest podcast acquisitions yet. Per a news release, Amazon hopes to “accelerate the growth and evolution of podcasts,” however late it is to the party:

“This is a pivotal moment to expand the Amazon Music offering beyond music as listener habits evolve. Our commitment to podcasts, our focus on high quality audio with the Amazon Music HD tier, and our recent partnership with Twitch to bring live streaming into the app, make Amazon Music a premiere destination for creators.”

Wondery, the network behind wildly popular nonfiction series like Dr. Death, The Shrink Next Door, and Business Wars, tailors its programming to get that money in cable and streaming adaptations. This panned out for its first splashy series, Dirty John, which became a true-crime anthology miniseries on Bravo and then USA Networks.

Amazon has long owned Audible, the audiobook titan that dabbles in podcasting, but only very recently began to work its way into the podcast arena. Just this September, Amazon Music launched podcasts, in an effort to boost one of the truly struggling arms of the company. For whatever reason, Amazon Music streaming hasn’t been able to maintain a foothold as a competitor to Spotify for Apple Music, in the same way that Prime Video contends with other top video-streaming services.

Perhaps the late-game Hail Mary will be enough to get Amazon on proper footing in the podcast world, but it feels like a belated reaction to the blitz of mass consolidation in the past two years. Besides the aforementioned Spotify signings, the streaming giant also acquired Gimlet and Parcast last year, and revealed its plan to purchase Megaphone in November. Stitcher came under the SiriusXM umbrella this summer, and iHeartRadio snatched up Voxnest in November.

It’s impossible to keep up with all of these companies, many of which sell for nine figures to a mightier tech conglomerate, so there’s a logic to Amazon hitching its wagon to one of the last major podcast networks left to buy. Given the way listener and tech-company priorities have so rapidly shifted, Amazon Music will almost certainly be a misnomer in no time.