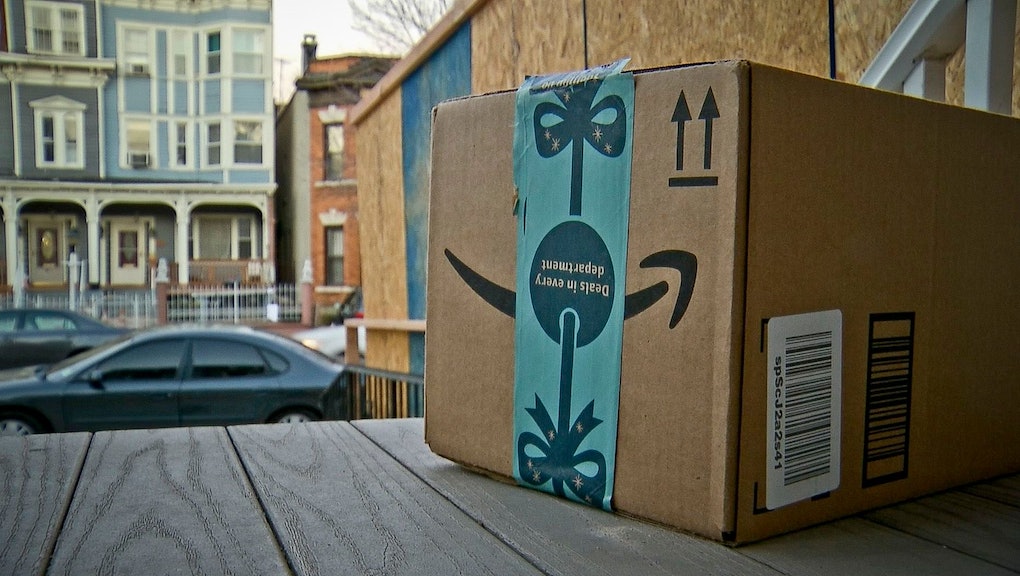 Ever since Amazon got into the smart home security business when it acquired Ring for $1 billion last year, the e-commerce giant has been getting cozy with the police. In particular, Amazon's Ring doorbell security division has been teaming up with law enforcement to deal with package theft while rallying public support for stopping petty criminals. However, a new report from Motherboard suggests that some of these efforts by Amazon have generated more fear than actual arrests.

According to Motherboard, Amazon paired up its Ring security division with GPS tracking company 7P Solutions and the United States Postal Inspection Service to set up an elaborate sting operation, set to be carried in tandem with the Aurora, Colorado Police Department last December. The goal was to catch package thieves in the act. To accomplish that, the company rigged fake Amazon packages with GPS trackers and arranged for them to be dropped off at doorsteps where they could be surveilled with Ring doorbell cameras. The Aurora Police Department was provided with 25 of the tracker-laden boxes that were to be dispensed by officers around Aurora communities at homes equipped with Ring cameras so they could be monitored.

While it may seem like the goal of the so-called "Operation Grinch Grab" was to keep people from making off with holiday gifts, communications between Amazon and the local police obtained by Motherboard seem to point to the real mission: creating a public relations win for Amazon and the police. The companies reportedly spent several days prepping law enforcement officers on the operation, worked to land local news coverage about the mission, and crafted press releases that might attract some additional coverage. Amazon was involved in crafting the Aurora Police Department's press release for the operation, offering tweaks and even providing the name that was used. The Aurora PD went along with Amazon's changes, with Police Captain Stephen Redfearn telling the company "we want to do a big P.R. push on this too."

Despite all the time prepping for positive press, the sting operation failed to catch a single package thief, much to the chagrin of everyone involved. Aurora Police Department captain Matthew Wells-Longshore reported there were no arrests, then said in an email thread with representatives from Ring, "I’m not sure if I should be happy or sad about that," noting that he was sad "that we won't be able to showcase an arrest.”

These types of manufactured stings, with the goal of nabbing package thieves so Amazon and law enforcement offices can posture themselves as protectors of the community, are happening across the country. Motherboard documented another, similarly conducted operation in Hayward, California. Local reports from Albuquerque, New Mexico and Jersey City, New Jersey lay out similar situations as well, with additional partnerships that rope in Walmart and other companies to participate. While catching criminals hasn't been guaranteed, these missions have been successful in one way: accelerating efforts to turn neighborhoods into surveillance states.

As part of these operations, Amazon often provides law enforcement offices with Ring cameras to give to some of its citizens. Those always-watching, internet-connected cameras are often given away for free or at a discount in exchange for access to footage if the police ever come asking for it. According to a report from CNET, at least 50 police departments across the United States are currently partnering with Amazon to collect footage from Ring devices. The Intercept also found that Amazon's Ring gives local police departments the ability to view neighborhood maps that show where the company's cameras are installed. Officers also have the ability to ask for access to footage from a person's Ring camera, as they do with any other security camera, though users do have the ability to deny the request — something that may be easier said than done when police say they need the footage to solve a crime. The report also found that Ring allows police to monitor postings and some group conversations that happen on its Neighbors app, a free "neighborhood-watch" app where people can report what they believe to be suspicious or criminal behavior. It should come as no surprise that Neighbors has come under fire for issues with racial profiling, an issue that has plagued similar apps like Nextdoor and Citizen.

Amazon has never disclosed how many of its packages are reportedly stolen. Based on its elaborate sting operations, one would imagine it's a pressing problem for the company — though its bottom line doesn't seem to be hurting at all. What seems more likely is the threat of package theft is a good way to galvanize people into purchasing and using its products. Amazon can generate awareness about package theft so people who purchase things on Amazon grow concerned that they won't receive their packages. Lucky for them, Amazon sells the tools to protect themselves, which help Amazon cultivate relationships with law enforcement — one of the primary customer bases of the company's facial recognition technology. Amazon is helping to slowly build out a permanent surveillance state in neighborhoods around the country, but at least you'll get that package you ordered.

More like this
Perseverance, the Mars rover, just made oxygen out of carbon dioxide
By AJ Dellinger
The skyscrapers of the future will be made of wood
By Rima Sabina Aouf
Apple is letting Parler return to the App Store
By AJ Dellinger
Stay up to date