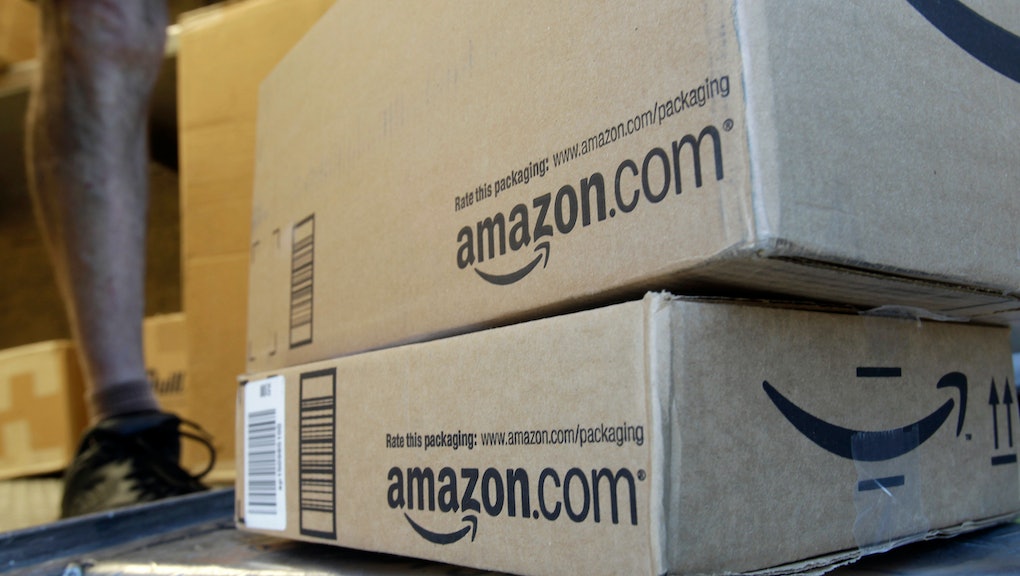 A significant portion of the products that you see on Amazon aren't actually stocked by Amazon. The massive e-commerce company hosts a growing third-party marketplace where wholesalers, resellers, and pop-up businesses can sell their goods. It's also been a boon for scammers. who set up fly-by-night operations, sell off their inventory of defective products and then disappear before you can get a refund. Because Amazon's third-party vendor policies let them not accept returns for items fulfilled by third-party sellers, shoppers can sometimes be hung out to dry when they come across shady operators. A new court ruling handed down by the U.S. Third Circuit Court of Appeals in Philadelphia may finally provide you with some recourse if you get stuck with a defective product sold by a third-party seller on Amazon's marketplace. The court ruled this week that Amazon can be held liable in some cases.

Here's the situation that was brought to the attention of the court: A Pennsylvania woman purchased a dog collar from a third-party vendor on Amazon back in December 2014. After just a few weeks of use, the collar snapped off while she was walking her dog. Not only did that end up letting her dog loose, but it also sent the retractable leash that she was using flying back toward her. It hit her in the face, damaging her left eye and leaving it permanently blind.

When she tried to find the company responsible for selling the product — a third-party vendor called The Furry Gang — she discovered that the company was nowhere to be found. They had essentially disappeared off Amazon and there was no way to get into contact with them. The court said that even Amazon was unable to find a representative for The Furry Gang. The account for the company has been inactive on Amazon since May 2016. With no other recourse available, the woman sued Amazon for the injury.

Amazon argued that it wasn't the seller and wasn't liable for the defective product, and a district court in Pennsylvania agreed — but the Court of Appeals has now reversed that ruling. According to the court, Amazon is considered the "seller" of products even when they come from a third-party because the company's platform is essential to the transaction. Third-party vendors who sell their goods on Amazon's marketplace communicate with consumers via the platform, and vice versa. Because Amazon is integral to the transaction, it can be held responsible for defective goods sold through its site.

The ruling isn't guaranteed to set a precedent. It's the first instance that a court has ruled the company can be held liable for damages caused by products from third-party vendors, but there are several cases in which the court found the company isn't responsible in those incidents. In one case, Amazon escaped liability for a malfunctioning headlamp that caused $300,000 in damages to the buyer's home. In another, the company was found not liable for exploding hoverboards sold on its platform. In both cases, the courts determined that Amazon isn't the seller, just the platform that enables customers and sellers to find one another.

While those prior cases didn't result in Amazon being held accountable, they did help to lay the groundwork for the recent legal case that did. Part of Amazon's defense relies on section 230 of the Communications Decency Act, which states that online platforms in general aren't responsible for the content that is generated by their users. The court states that platforms can't be treated as "the publisher or speaker of any information" provided by someone else. It prevents people from suing companies like Facebook, Twitter, and Reddit over comments made by users. But the recent court ruling found that while section 230 does offer Amazon some protections, the company's involvement in transactions exposes it to additional liability.

Figuring out just how much responsibility can be placed on Amazon in these situations is becoming increasingly important as the company's third-party marketplace continues to grow. Amazon's latest quarterly report said that its third-party marketplace accounted for 18 percent of all company sales and some project that revenue from those sales will overtake Amazon's first-party sales before the end of the year. If Amazon wants the entire process to look and feel like any other transaction, that may mean accepting some responsibility when those sales go wrong, too.