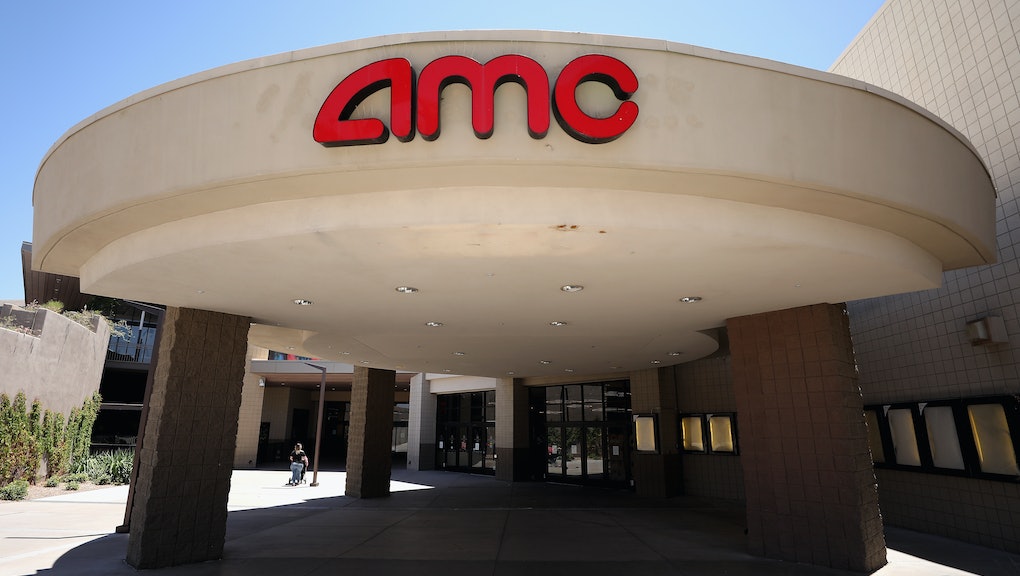 AMC Theaters is still in denial about how bad this is

More than three months after lockdown measures went into effect throughout most of the country, AMC Theaters still isn’t quite sure of what it’s doing. Late last week, the massive theater chain preemptively caved to mask skeptics by announcing that guests would not be required to wear face coverings upon reopening — unless state or city authorities had deemed it a legal requirement. The next day, the company reversed course after widespread customer backlash, announcing that all locations would require theatergoers to wear masks.

These enhanced measures come before planned releases for two of the year’s few blockbusters set to still be released this summer. AMC plans to reopen 450 of its 600 U.S. theaters on July 15, ahead of Mulan’s scheduled July 24 release and Tenet’s plans to open on July 31. As most other major releases have been pushed to the fall or beyond, the two films could be seen as a testing ground for when new films can return to theaters, if at all.

Besides the shifting mask policy, AMC has revealed a number of other new policies to limit the risk of spreading COVID-19. These include limiting all theaters to 30 percent capacity, encouraging guests to leave empty seats within rows, and blocking off every other row. Theaters will also bracket more time to clean between showings, thoroughly disinfect touch points, replace HVAC filters to MERV 13, and more. Despite being advised by Dr. Joseph Allen, a “noted expert” and faculty member at Harvard School of Public Health and, also, Clorox, it’s reasonable to meet this timetable with skepticism from all angles.

With numerous states reaching daily records for new COVID-19 cases, it's unlikely that these films will open with anything resembling assurance that moviegoers are safe from the virus. Not to mention the challenge of making any money with such limited capacity theaters. It seems inconceivable that Disney or Warner Bros. would want to roll the dice with people's health just to fill 30 percent of the seats they would under normal circumstances. Being first won’t be the badge of honor that Christopher Nolan might think.

There’s also the competing interests at hand for AMC, which some analysts believe will teeter on the brink of chapter 11 bankruptcy through October. Earlier this month, the company expressed concerns about its liquidity in a filing with the Securities and Exchange Commission. Per the SEC filing, the theater chain projects expected losses between $2.1 and 2.4 billion in the first quarter alone. Effectively making no revenue for the past three months, the company’s survival is largely predicated on getting back to business as quickly as possible, no matter the risks.

Some journalists, who’ve fashioned themselves as ethical bellwethers because the state has failed to provide clear, consistent directives, have struggled with how to cover a film like Nolan’s Tenet. IndieWire film critic David Ehrlich wondered if critics have a moral imperative to urge moviegoers to stay home, in the event that it’s screened safely for critics and they receive it warmly. “How are critics supposed to thread the needle between 'Nolan’s back, baby!' and 'please stay the fuck at home,'" he wrote.

When asked if this logic should apply to another July theatrical release, A24’s horror film Saint Maud, Ehrlich oddly reeled in the rhetoric. “Slightly easier case for a number of reasons but still a great movie that I wish people could safely see in theaters! Just attach a map to the nearest drive-in at the bottom of every review,” he writes.

Without disclosing those reasons — I’d guess one is that Saint Maud was screened for review last fall at Toronto International Film Festival, so preferential protective measures weren’t afforded to critics during a pandemic — what is the implication here? A smaller indie horror film distributed by A24 will certainly draw fewer people to theaters than a Nolan blockbuster, but with theater capacity reduced to 30 percent, what exactly makes this a less risky proposition than Tenet? Are Tenet viewers inherently more likely to put themselves in harm’s way than fans of A24 movies? Why wouldn’t you apply the same disclaimer to a larger film? Why couldn’t you simply refuse to publish or recirculate prior press coverage for either one if its release felt morally compromised?

Like with everything else right now, the culture wars will be waged through movie theaters in all their messy, contradictory glory. The notion that fighting the virus and saving the economy were competing interests and not deeply intertwined has always been ludicrous, but now it has the power to make this an interminable summer.

More like this
'Paddington 2' has officially ousted 'Citizen Kane' as the greatest film of all time
By Kara Weisenstein
The Oscars cleaned up Union Station for celebrities — and made life miserable for real people
By Kara Weisenstein
How “stoopers” turned New York City sidewalks into trendy, sustainable thrift shops
By Jasmine Vojdani
Stay up to date