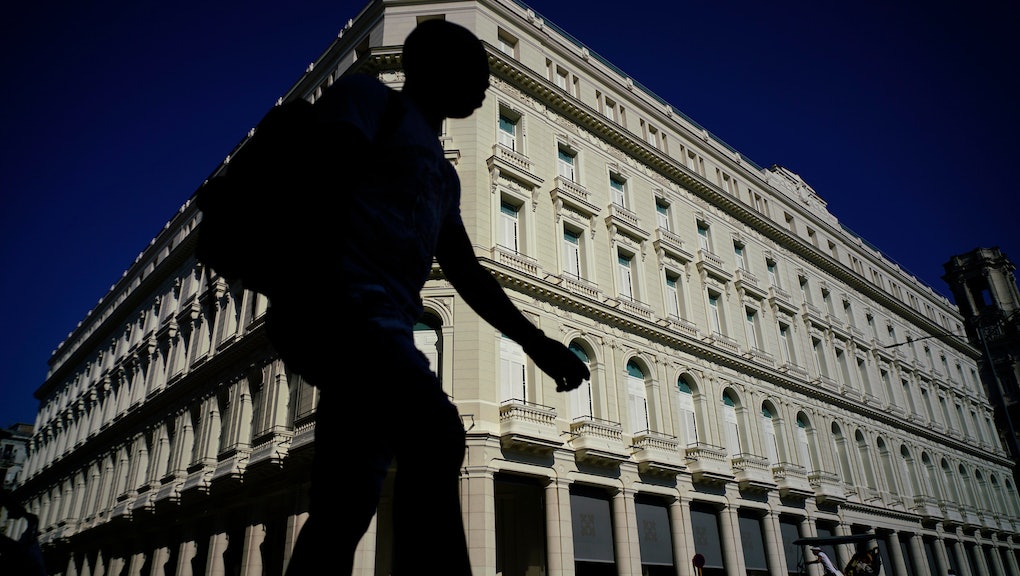 A new study released Tuesday in the Journal of the American Medical Association has some unbelievably bad news: Young and middle-aged adults in the U.S. are dying more often — from bleak causes like suicide, liver disease, and drug overdoses — and life expectancy in the country is falling as a result. The study analyzed 60 years of mortality rates, with the goal of understanding some of the troubling trends beginning to reveal themselves in macro life expectancy data. The results ought to provoke alarm bells across the country, and across partisan lines to boot.

The study showed that even though the U.S. pays more for health care than any other country, people between the ages of 25 and 64 are dying more often year over year. Young people are not exempt. The study notes that the age group of people between 25 and 34 experienced the highest increase in mortality rates between 2010 and 2017, at 29%.

Otherwise, the increase was similar across racial and gender categories. In short, everybody’s dying more, but especially the young. Geography does seem to play a substantial role in the distribution of death. The Rust Belt is over-represented: The study found that one-third of the estimated 33,000 “excess deaths” that have happened over the past decade (as in, people who wouldn’t have died if the mortality rate had remained static) came from Ohio, Pennsylvania, Kentucky, and Indiana. The largest percentage increase of mortality among working people in a single state took place in New Hampshire, with a terrifying 23.3% increase.

In an interview with The Washington Post, Steven H. Woolf, lead author of the study and director emeritus of the Center on Society and Health at Virginia Commonwealth University, laid out conclusions about the increasing mortality rate in stark terms: “It’s supposed to be going down, as it is in other countries,” he said. “The fact that that number is climbing, there’s something terribly wrong.”

Woolf didn’t blame the numbers on any single factor — rather, he said, they come from a confluence of negative trends, including the opioid epidemic, obesity, suicide, and depression. Trying to find a unifying theory for these factors ends up with some pretty nebulous — but compelling ideas — like the “dark psychic forces” Marianne Williamson warned about in the Democratic debates.

“There’s something more fundamental about how people are feeling at some level — whether it’s economic, whether it’s stress, whether it’s deterioration of family,” said Ellen Meara, a Dartmouth professor, speaking to the Post. “People are feeling worse about themselves and their futures, and that’s leading them to do things that are self-destructive and not promoting health.”

The one concrete factor underlying this sickening trend is the rise of inequality. As the rich become richer and the poor more destitute, impoverished communities have become increasingly hollowed out. The gaping maw of rising inequality isn’t just creating more poor people: it’s swallowing their hopes and dreams, and leaving them for dead, even as wealthy cities transform into playgrounds for the 1%. In a winner-take-all society with a weak social safety net, stratospheric growth will come at someone’s expense.

Now, it seems, the misery machine of unchecked capitalism has taken root in the post-industrial heartland. Its byproduct is a rising body count.

More like this
These organizers are fighting to make sure non-English speakers get vaccinated, too
By Vanessa Taylor
The GOP's anti-trans crusade is ramping up — and explicitly targeting kids
By Vanessa Taylor
Jailhouse lawyer Johnnie Cook is fighting for pandemic justice
By Mai Tran
Stay up to date