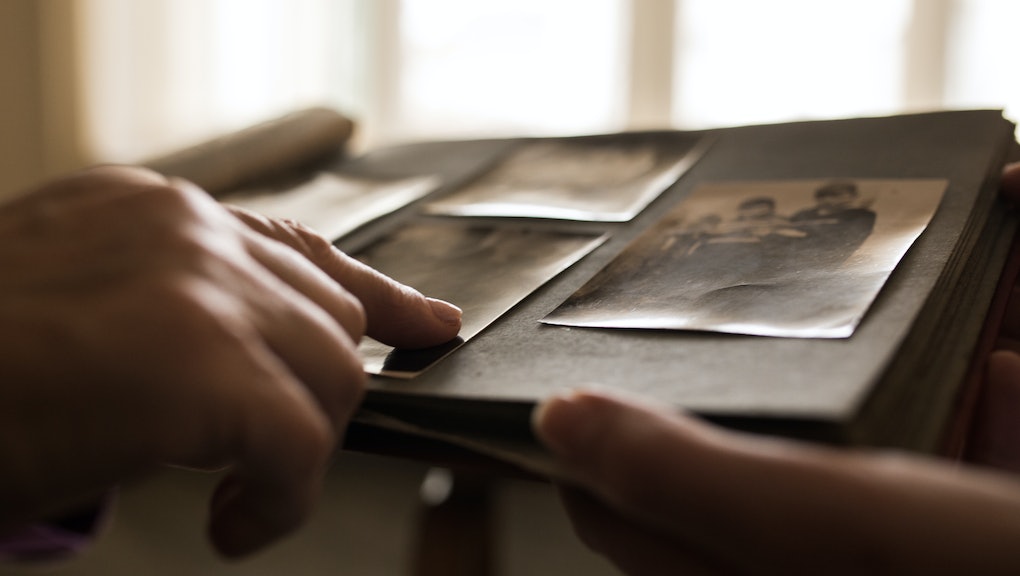 Ancestral healing could be key to decolonizing therapy

For the past two years, I’ve been writing a memoir chronicling the shift in my understanding of my parents, and myself, through asking them about their immigration stories. As painful as it can be to imagine inhabiting my parents’ and grandparents’ bodies, it’s also been incredibly healing. Tracing my unhealthy behaviors to their struggles to survive has helped me empathize with, and even forgive, them. And although time, distance, and language have largely disconnected me from my grandparents and other ancestors, my memoir allows me to write toward them.

Therapists I spoke to say that gathering stories in this way is a form of what’s known as ancestral healing. “Ancestral healing is, in essence, being able to look to ancestors in the past and present — living ancestors, as well — and connect with them,” including the pain they’ve experienced and how they might have overcome it, says Mariel Buquè, a licensed psychologist in New York with a focus on holistic mental health.

Ancestors can even include people you aren’t related to, but with whom you feel a deep spiritual connection. You can access this connection through not only collecting stories, like I’ve done, but through ritual, prayer, meditation, and a multitude of other channels, says Kini Chang, a marriage and family therapist in Oakland, California.

Ancestral healing can help us BIPOC in particular — so often disconnected from our ancestral roots as a result of long histories of colonialism, enslavement, genocide, and other forms of oppression — feel more whole, therapists who specialize in this approach tell me. Digging into our lineages could also help us break the cycle of intergenerational trauma in our families, or the passing down of trauma responses, like violence and hypervigilance, from one generation to the next. And when we heal ourselves, our communities can heal, too.

That said, it’s important to note that “ancestral healing is nothing new,” Chang says. “It’s embedded in many Indigenous cultures as just the norm.” Many cultures have also long practiced honoring and communing with ancestors who have passed. What’s new is the wider attention it’s gained, as seen in the emergence and popularity of Instagram accounts focused on ancestral healing, which Southern California-based licensed clinical social worker Claudia Morales traces to more people rejecting white norms and accepting the reality that every institution in this country is rooted in white supremacy. “That’s becoming a more open conversation that people are having, and by acknowledging that, they’re also making room for what could be replaced.”

What’s more, “people are beginning to see that collective trauma is real,” Buquè adds. Calls for justice in the murders of Breonna Taylor, George Floyd, Elijah McClain, and other Black Americans, for instance, have helped raise awareness of the collective trauma of police brutality on Black bodies among those outside the Black community.

The growing interest in ancestral healing is part of a broader movement to decolonize and dismantle the stigma around mental health, which still pervades many communities of color. “Psychotherapy comes from a white, male Anglo perspective,” Chang explains. But therapists who want to decolonize their work look beyond the individual and consider how cultural and systemic factors can shape mental health, which could make BIPOC feel safer and more seen.

The ancestral healing approaches Buquè employs tend to revolve around narrative building, like suggesting books that might’ve been written by a client’s ancestors. She personally turns to writings by Dominican revolutionaries, like farming rights activist Mamá Tingó, which can offer self-knowledge and racial pride amid collective racial trauma. Ancestral healing can also look like journaling to ancestors or speaking with living ancestors and “feeling your own narrative shift in listening to what they have to tell you about your lineage story.” Meanwhile, genealogy can help you reconstruct your family narrative and develop a new one moving forward.

Ancestral healing can also include meditative practices. Morales offers guided meditations that prompt people to reflect on what their ancestors were doing seven generations ago, and what their descendants will be doing seven years from now. “It’s amazing to be doing this right now when tensions are high, and there’s all this violence,” Morales tells me. “Who are we outside of that? If you can see seven generations in each direction, it’s liberating on many levels. I can see the patterns locked into it, and I also see that we can change that.”

Because of the history of colonialism in many BIPOC communities, “there’s all this wisdom that was buried,” Morales says. Ancestral healing can allow us to unearth what was lost. Indeed, many of us BIPOC feel disconnected from our lineage, or know only a very limited extent of it, the therapists I interviewed explain. Efforts to wipe out our ancestors and their cultures might've left little to no record of their lives before conquest, for instance, and enslavement has separated Black Americans from their ancestors' countries of origin for centuries.

“That disconnection is also a way in which people have been disconnected from their own identities,” Buquè says. “Being able to formalize that connection with intention and call on your ancestors in whatever way feels right to you is something that can be profoundly helpful when we’re talking about lineage destructions and lineage trauma.”

Growing up, I harbored a lot of resentment toward my parents — who emigrated from the Philippines and Indonesia — for not teaching me their native languages, which vastly limited my ability to communicate with my grandparents and extended family, the ocean between us already a barrier. I grieved what could've been. But through listening to and recording my parents’ stories, I understand that their choice likely stemmed from a well-intentioned desire for me to assimilate to American society, which, in turn, can be traced to colonialism. Learning about the rest of my family through my parents has also helped me feel close to them, and realize that they’re with me, always, simply because I exist.

Gathering these stories has also helped me uncover patterns of intergenerational trauma, better positioning me to break them. I've learned, for instance, to understand my anxiety as tied to some extent to my parents' responses to their own past traumas of poverty and uncertain immigration status. In many communities that have experienced oppression, intergenerational trauma can also look like putting your head down and not rocking the boat, which becomes a belief that "this is what we do in our culture," Chang says. In reality, it might've started as a trauma response that allowed our ancestors to survive colonialism, which may no longer serve us now.

Morales believes ancestral healing can help us move beyond intergenerational trauma toward embracing our lineage’s gifts, which we might’ve seen play out firsthand in our families. In mine, these included humor, storytelling, and cooking. “Anything that brings comfort is ancestral,” Morales says. “I think when we tap into our own ancestral healing, it means we’re opening a knowing that there’s something greater than the trauma.” Finding and disrupting patterns of intergenerational trauma is part of the work, “but we can’t stop there.”

Indeed, ancestral healing — imagining ourselves as more than our family’s trauma, as part of a lineage that stretches far into the past and future — is empowering. In a world where us BIPOC are often made to feel less-than, it can allow us to understand ourselves as part of something that encompasses far more than our individual lifetimes. “Even the term, ‘minority,’ it’s so small, but we’re not small,” Morales says. “We deserve to have space for joy, celebration, transformation, and revolution.... We can expand."

If you're interested in therapy that incorporates ancestral healing, Morales suggests searching databases like Inclusive Therapists or Clinicians of Color. Ask therapists you’re interested in how comfortable they feel using this approach.

Even if you can’t find a therapist who meets this need, or can’t access therapy right now, you can still include ancestors in your healing. Chang suggests building an altar with objects that symbolize a connection to your ancestors, or researching your lineage by asking family members to share their stories. Meditate, engage in rituals from your childhood, or create your own rituals, Morales says. (I've started a daily practice of lighting a candle for my ancestors.) Follow the many Instagram accounts dedicated to ancestral healing, like Decolonizing Therapy and Therapists of Color for Social Justice, a collective Morales belongs to.

Don’t overthink it if you can’t fill in all the details about your ancestors, Morales says. You may even need to use your imagination, and that’s ok. “Sometimes the records aren’t there, but you can feel it” — dancing, singing, cooking, and anything that brings your body joy and pleasure is ancestral. She encourages "whatever is rooted in liberation. That is freeing, and that is going to get us closer to who we can really be.”