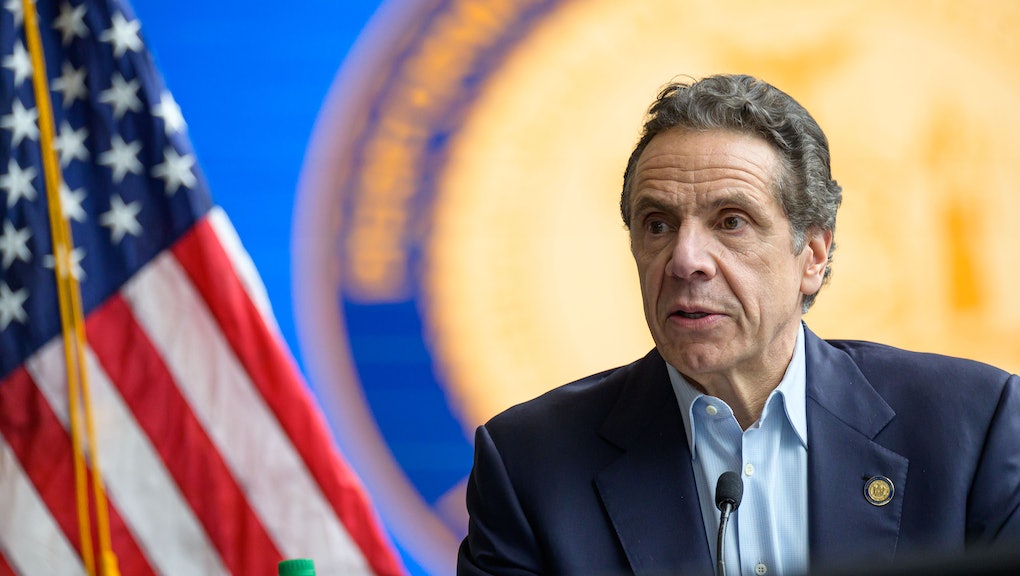 The longer the coronavirus pandemic lasts, the more essential it is that people stay indoors to mitigate spread of the disease. Millions of Americans are now under shelter-in-place or stay-at-home orders that are intended to encourage social distancing — that is, keeping people far away from each other during this health crisis. But some people insist on defying the rules, which can have dangerous consequences. That's why on Monday, New York Gov. Andrew Cuomo announced that he would double the fine for people violating the state's social distancing rules. The move may work to keep people indoors, but the decision may also end up extending the coronavirus's economic burden for the state's communities of color.

New York became the epicenter of the coronavirus in the United States with nearly 3,000 New York City residents alone having died from the virus. A surge of NYC residents dying in their homes — around 200 residents each day, per the city, compared to 20 to 25 such deaths before the pandemic — suggests that coronavirus deaths are undercounted in the city.

In efforts to control the outbreak, New York implemented a strict social distancing protocol. On March 20, Cuomo issued a shelter-in-place order and closed all nonessential businesses. Schools and other nonessential retailers will not open until April 29 at the earliest.

Despite these measures, Cuomo indicated this week that he is concerned by the number of people who still don't seem to be following the rules. He posted a short video Monday on Twitter urging people to continue social distancing, writing in the caption: "Now is not the time to be reckless. ... Now is not the time to slack off on social distancing."

That same day, Cuomo doubled the state's fine for violating social distancing rules from $500 to $1,000 maximum. At a press conference in Albany, Cuomo said, “Nobody wants the money, we want the compliance. We are serious."

Even with Cuomo's assertions that it's not about the money, there are some concerns with increasing fines. As Cuomo calls on local governments to be "more aggressive on the enforcement," it's important to remember that policing isn't distributed equally.

Calling on local governments to be more aggressive without considering the bias inherent in policing means low-income communities of color are likely to bear the brunt of any fines. These communities are already subject to heavy policing. This can be seen through policies like New York City's erstwhile stop-and-frisk policy where, in 2011, of 685,724 recorded stops by the New York City Police Department, 53% were of Black people and 34% targeted Latinx people.

Early data already suggests that Black people are disproportionately impacted by the coronavirus. In Milwaukee County, Wisconsin, only 26% of the population is Black — but Black patients make up almost half of the county's coronavirus cases and 81% of its 27 deaths.

When it comes to New York, poll by the Siena College Research Institute actually found that most New York residents are practicing social distancing. According to the poll, 95% of New York residents said they are quarantining or social distancing, and only 4% said they're going about life as usual. So hopefully Cuomo is sincere in not wanting the money, because New Yorkers seem to be doing okay on the whole so far when it comes to staying apart.