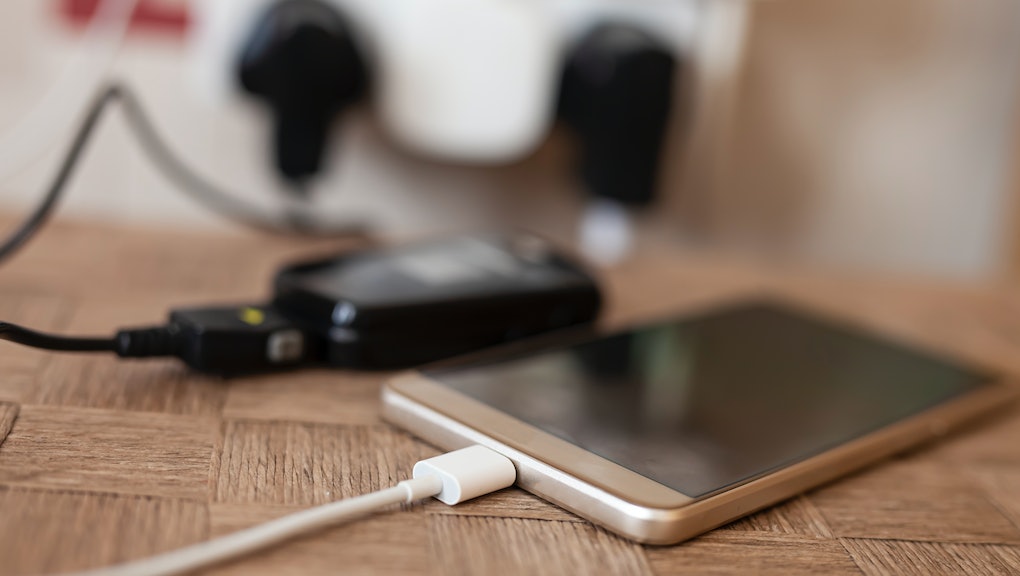 Companies like Facebook, Amazon, and Google use your data to track your purchases, brand preferences, and even the time of day and where you do most of your shopping. It's no secret, but if you're tired of dealing with it, or at least want to fight back a bit, this intriguing phone charger concept is something you'd be interested in. Martin Nadal, an Austrian creative coder and artist, has unveiled his latest project: FANGo. He calls it a "defense weapon against surveillance capitalism," but it resembles an unassuming phone charger brick that you could grab at any department store or convenience store. Its goal: "to deceive data brokers in their data capture process."

How does it seek to accomplish this mission? On a page introducing his charger concept, Nadal explained that the tech would utilize a microcontroller that could essentially hijack your smartphone (on purpose) by taking control of an Android operating system's debug mode. It would then utilize various websites, including Google, YouTube, and Amazon to make different types of queries across the internet to weave its web of deception. This would essentially be like throwing the Big Data sniffers off the trail, because it would all be unrelated to your own personally tailored search and usage habits.

As far as the microcontroller's reach and what it's capable of? Ideally, it would hand out Facebook likes and even watch YouTube videos without hinting that these interactions are "automatic," Nadal explained. All of this data, this "noise," would be produced in such a way as if a person were actually doing it. That way, there's no footprint to seem fishy or out of the ordinary at all. For all intents and purposes, it would seem like you had been doing a lot of Google searches overnight in a relatively short period of time. Of course, all of this activity would have to take place only while your phone is charging, as it stands.

The prototypical device was named after Facebook, Amazon, Netflix, and Google, some of the most egregious offenders of "surveillance capitalism," according to Nadal.

Nadal's concept appears only to have been built with Android smartphones in mind at the onset, as there may not be a simple way to perform similar actions with an iPhone. The iOS infrastructure is notoriously difficult to hack into (though it can be done), and the microcontroller method may simply not be a viable one for the operating system or brand.

Unfortunately, it doesn't seem as though there's a real, working device available from Naal just yet. There's only a simple page of information found on his portfolio website, and no way to see the charger in action as of yet. However, he did tell Motherboard that he's looking into adding other features to the charger that could help confuse advertisers even further. Geolocation spoofing, or intentionally offering fake location data to cover up your physical location is a big (and useful) addition that would make a lot of sense as another option beyond simply clicking on and "liking" different topics.

"While my phone is quietly charging at home, the data brokers think that I am walking or dining in another part of the city or world," he explained.

The FANGo is an intriguing project to be sure, but some phone owners may be wary of devices that perform actions on their own behalf, even if it's for the sole purpose of confusing any entity that may be tracking their data. Some additional control over what kind of content is interacted with on a regular basis would be useful here, because the tracking will still occur. This means users would still have to weigh the annoyance of seeing unrelated ads popping up in their faces against seeing ads that are relevant to what they view online. It's not really much of a solution, but a Band-Aid.

Just because you're looking at penguin sweaters instead of dog pictures, that won't change the fact that you'll still be tracked. However, this process will circumvent the way advertisers get your own personal information and preferences – so it's definitely a start. It should be interesting to see if the charger is fully realized and what it's capable of when it does finally debut.