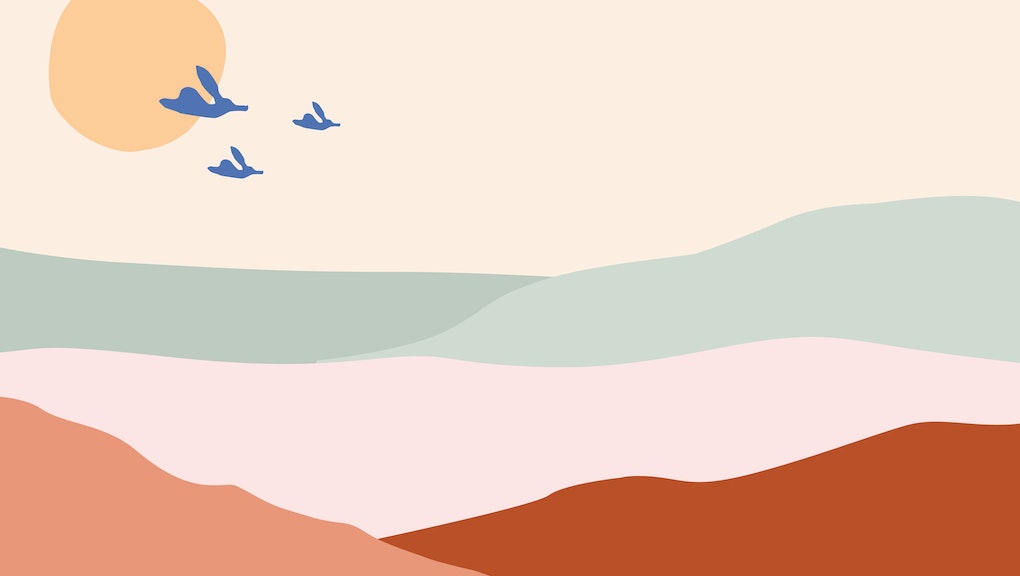 Pinterest doesn't want to be just another social media platform that adds stress in people's lives. Yesterday, in an effort to encourage an inspiring and welcoming environment, the company rolled out an update to its app that provides users with anxiety and stress management tools while searching for related topics. When someone's search includes keywords, such as "anxiety" and "stress," they will now receive a prompt that offers to explore relaxation techniques and activities that might improve their mood.

According to Pinterest, these activities were developed by collaborating with health experts at Stanford Medicine's Brainstorm, Vibrant Emotional Health, and the National Suicide Prevention Lifeline. They include suggestions that encourage positive and productive thinking, thankfulness, and deep breathing meditation practices. Pinterest users that search for topics related to self-harm can be quickly redirected to the National Suicide Prevention Lifeline.

Pinterest has always tried to be a little different from other social media. The site is known for being a place where users, known as 'Pinners,' can collect images to 'pin' onto a board. This board can serve as a catalogue of products, a display of inspirational images, or creative ideas and tutorials that users can try out in the real world. Pinterest CEO Ben Silbermann has tried to differentiate the site from other image-based social networks, like Instagram, by describing it as a platform that motivates users to "go out and do that thing" instead of waiting for likes. The company has been fairly successful so far — according to Market.us, Pinterest has about 291 million monthly active users as of May 2019.

In the news release for Pinterest's new search feature, Pinner Product Manager, Annie Ta, reassured users that the compassionate search "experience is kept separate" and private from the rest of their account. "This means we won’t show recommendations or ads based on their use of these resources. Pinterest also does not track who uses them. All activity is stored anonymously using a third-party service."

According to Wired, the company has noticed that Pinterest users have been making millions of searches for advice on how to deal with extreme emotions. Some people also use Pinterest for motivation or pleasant images to comfort themselves.

Ta told Wired that it made the company wonder, “If pinners are already actively looking for these things, can we meet them where they are and give them some activities that will help them feel better?”

This new feature doesn't replace professional help, but research has shown evidence that little moments of guided exercises can help with a person's overall mental health. The director at Brainstorm, Nina Vasan, explained to Wired that her team collaborated with Pinterest to create these "micro treatments" as an opportunity to reach out to the millions of users already on the platform.

“We thought about the biggest barriers for why people don't get help,” said Vasan. “Only a small minority of people come to the doctor’s office, but what if we can apply what we know from the clinic and take it to people where they are, literally — which for more than 250 million people is on Pinterest.”

"[W]e know that life isn’t always so inspiring, and things on the internet aren’t either," stated Pinterest. The company cited the Centers for Disease Control and Prevention, noting that over 50 percent of Americans might be diagnosed with a mental illness or disorder at some point in their lives.

However, studies have also shown a potential for social media to help people in need of encouragement in their lives. This can be helpful for users who cannot find support systems within their area.

Pinterest seems determined to be the 'helpful' kind of social media. "Real-life feelings and experiences carry over to our lives online," the company acknowledged. "[W]e wanted to create a more compassionate, actionable experience that tries to address a broader emotional spectrum of what Pinners may be looking for."

The compassionate search feature will be available to U.S.-based app users on iOS and Android. The company plans to create a version for "all Pinners" in the future.