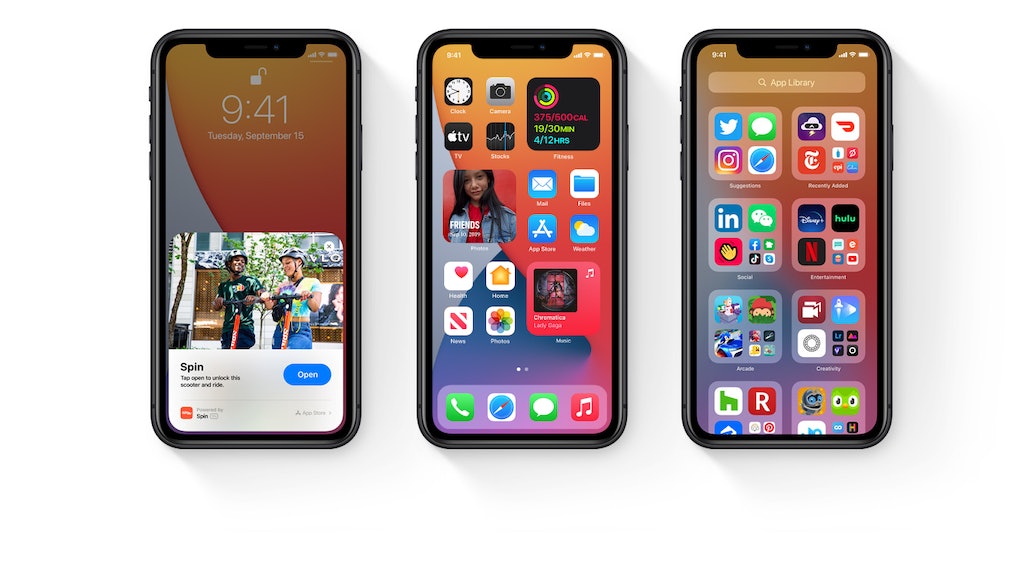 On Wednesday, Apple dropped its newest operating system, the iOS 14, as a free update for all iPhone users with iPhone 6 or later models. The arrival of iOS 14 heralds new features such as a redesigned home screen, compact call screens, App Clips, pinned conversations, new map guides, and more privacy options.

While the announcement was met with excitement from most users, it frustrated some app developers, who received only a day's notice that iOS 14 would be arriving so soon. This could cause delays for some apps that were planning to publish this week.

The new iPhone home screen will allow users to customize what they see and add widgets among their apps without having to navigate to the Today View screen. This helps users see widgets such as calendar, news, and weather at a single glance.

You can add all sorts of widgets that you'd like, including sports and entertainment. If there's too many to choose from, you can use the Smart Stack feature to let the phone schedule the types of widgets you see throughout the day. For example, with this feature, you could see the weather widget in the morning, your calendar during the day, and the news widget in the evening.

If widgets clutter the screen a bit too much for you, just head into the new App Library to see all your apps listed in an easy-to-understand way.

You can also let the phone automatically group your apps based on your preferences.

FaceTime and phone calls will no longer take up the entire screen of your phone as they're coming in. Instead, incoming calls will pop up from the top of the screen like a notification.

iOS 14 will also support a Picture-in-Picture feature, which means you'll be able to watch a video or take a FaceTime call in a minimized part of the screen while doing something else on your phone.

The introduction of App Clips

App Clips are quirky little features that seem, frankly, questionably useful during a time when most people have cut down on travel. Here's how they work: Imagine there's no pandemic, so you're out and about, and you suddenly want to go to Panera Bread for lunch in the middle of your walk. You pull out your iPhone to look for the closest one. When you look it up, an App Clip for the business pops up.

With the App Clip, you can make an order on your way to Panera Bread without pausing to download the full app. It's basically a "clip" of the app — you can use it to do a simple task, such as make a purchase, order food, or complete a rental while you're on the go.

If you've got a bunch of messages cluttering your screen, iOS 14 brings good news. Now, you can pin your favorite messages so they won't be pushed out of sight.

You can also distinguish chats between groups of friends by adding a photo or emoji to them.

Apple wants to encourage greener lifestyles by making it easier to make environmentally friendly choices for your commute (if you still have one). The company's Maps now feature cycling routes that note the elevation of the path, busy streets, and stairs; electric vehicle routes that prioritize the availability of chargers; and special, curated guides that focus on attractions within the city.

iOS 14 features new tweaks and requirements for app developers intended to make your data safer. Now, users can decide whether to share their approximate or actual location with apps that ask for it. (Like a weather app, for example.) The App Store will also require developers to provide additional, easy-to-read transparency about what they need permissions for and how that could affect where your data goes.

Airpods also get a boost with iOS 14 thanks to improvements in sound quality, sound direction, and audio filters.

Apple has also added updates to its language translation app; made Siri smarter with the power of the internet; added a Home app so users can control their smart home appliances better; and added more accessibility features such as sign language detection, screen reader improvements, and sound recognition to notify folks when there's a fire alarm or doorbell going off.