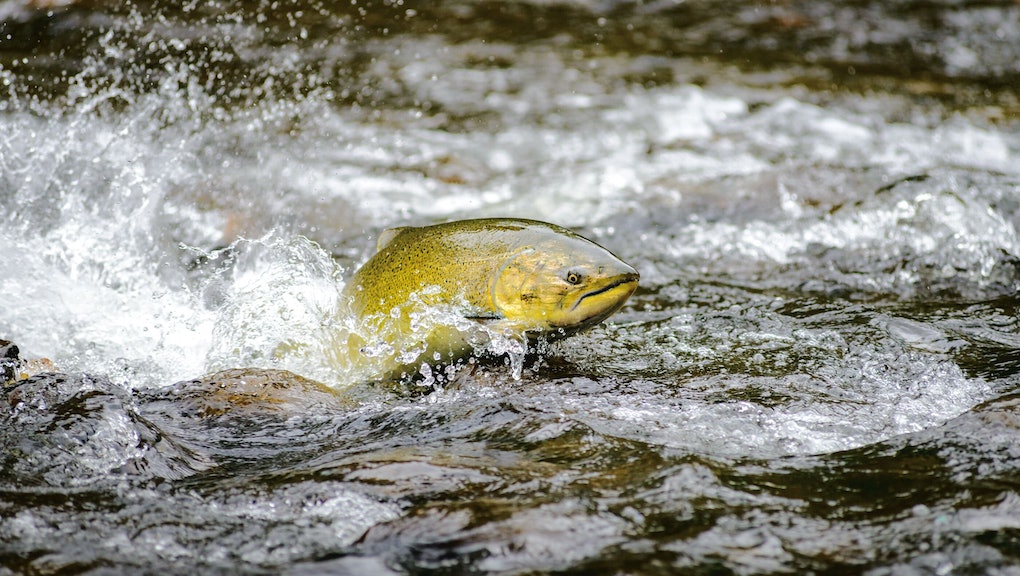 Are salmon endangered? A new documentary says humans are fishing them out of existence

A human craving for pink fish flesh is putting several species of wild salmon at risk of extinction. A new documentary, Artifishal: The Fight to Save Wild Salmon, looks at the plight of the species and all fingers, or um, fins, point to human interference with nature. The 80-minute investigative film, produced by outerwear company and environmental advocate Patagonia, premiered at Tribeca Film Festival this week and will also screen at select Patagonia retail stores. The name of the film is a pun on the artificial (get it?) hatcheries that salmon fisheries have tried to replicate the breeding and migratory patterns of wild fish, often with negative consequences.

“Humans have always thought of themselves as superior to nature and it’s got us into a lot of trouble. We think we can control nature; we can’t,” Yvon Chouinard, Patagonia founder and co-producer along with director director Josh “Bones” Murphy said in a news release. “If we value wild salmon, we need to do something now. A life without wild nature and a life without these great, iconic species is an impoverished life. If we lose all wild species, we’re going to lose ourselves.”

Wild salmon populations are declining in record numbers, with counts drastically declining by the tens of thousands of fish since the 1950s, across all American waterways. The reason? According to the documentary, direct human interference with nature is to blame. More specifically, damming and draining rivers, overfishing (for sport as well as commerce), rising water temperatures (that's climate crisis in action) and the proliferation of salmon hatcheries have played a role in decimating the world's wild salmon population.

Wild salmon, as we know it to be labeled at supermarkets and seafood menus, may, in fact, not even be so wild. The aforementioned hatcheries, popular in the Pacific Northwest and Alaska, create salmon spawn (baby salmon) and introduce them to river systems to mature and grow fatty and fleshy and ready to be fished out of the water and consumed by humans. Though hatcheries are supposed to be an antidote to extinction and factory farming (factory farm-raised salmon cause a whole other slew of environmental issues), their effects may be unintentionally (or intentionally, depending on how you view the film) harmful.

These artificially bred fish have different genes than their wild cousins ancestors, and introducing them to natural ecosystems can have dire consequences for the wild salmon that spawned in the water. All is not lost, however: As Artifishal illustrates in its later scenes, a removal of hatcheries from Montana and Washington allowed nature to do its thing, and wild populations to began rebounding in larger numbers.

Though the film delves into deeper territory of examining humans' role in destroying the planet and playing with biology and nature beyond what maybe we should be capable of, several in the seafood industry have accused the documentary of being one-sided and not featuring anyone working today in the salmon industry in their filmmaking. On Twitter, the hashtag #benefishal is also being utilized by those opposed to the attack on hatcheries staged by Patagonia, arguing that their work is actually beneficial (also, get it) to the environment by keeping salmon populations alive, providing protein with a low impact, and creating economies in rural areas.

Those who wish to screen the film can check out Patagonia's schedule or email the company to host their own screening event.