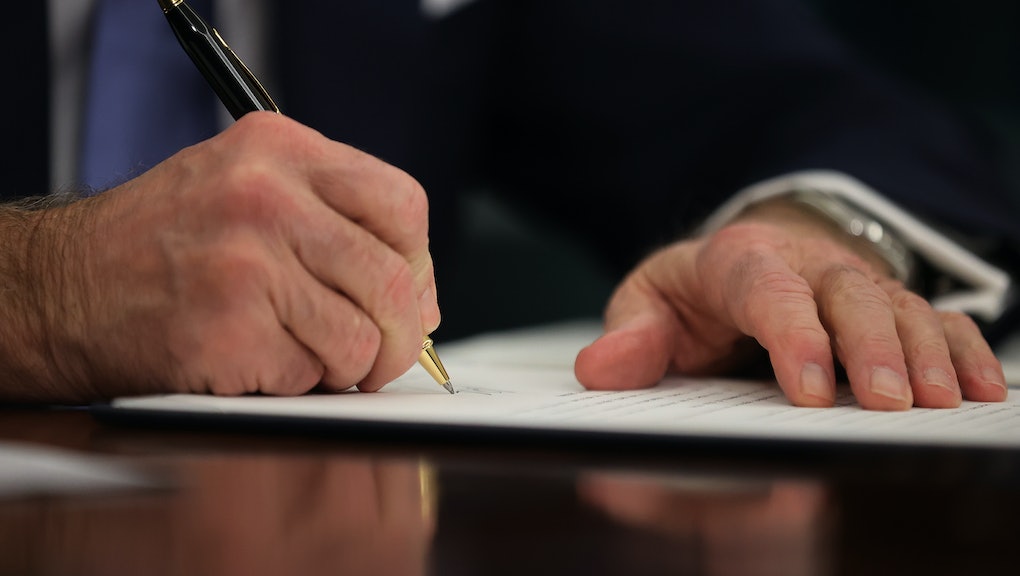 In an anticipated move, President Joe Biden signed an executive order Monday overturning a ban on transgender people serving in the U.S. military. In 2017, former President Donald Trump had announced via tweet that transgender people would no longer be employed in the military. Two years later, the Supreme Court upheld the ban in a 5-4 ruling by clearing away injunctions filed by lower courts.

"President Biden believes that gender identity should not be a bar to military service, and that America’s strength is found in its diversity," the White House said in a fact sheet, per The Washington Post. "America is stronger, at home and around the world, when it is inclusive. The military is no exception. Allowing all qualified Americans to serve their country in uniform is better for the military and better for the country because an inclusive force is a more effective force. Simply put, it’s the right thing to do and is in our national interest."

Secretary of Defense Lloyd Austin, who was confirmed by the Senate Friday to serve in the role, supports the move. When asked by Sen. Kirsten Gillibrand (D-N.Y.) during his confirmation hearings about the ban, Austin responded, "I truly believe, senator, that as I said in my opening statement, that if you're fit and you're qualified to serve and you can maintain the standards, you should be allowed to serve. And, you can expect that I will support that throughout."

LGBTQ+ legal and advocacy groups also celebrated the Biden administration's decision to overturn Trump's ban. "This is a significant and hopeful moment for our country," said Staff Sergeant Cathrine Schmid, a 15-year active service member of the U.S. Army, in a Lambda Legal press release. "Over the last three years, we've fought to prove that transgender people are not a burden, a hindrance, or a distraction — we are an equal and contributing part of this society just as much as any other group, and this development vindicates that basic principle."

More like this
A Philly foster agency can continue discriminating against LGBTQ families, SCOTUS rules
By Rafi Schwartz
The Biden administration just re-extended federal protections to trans students
By Rafi Schwartz
Rainbow-washing is all the rage among the big corporations this month
By AJ Dellinger
Stay up to date