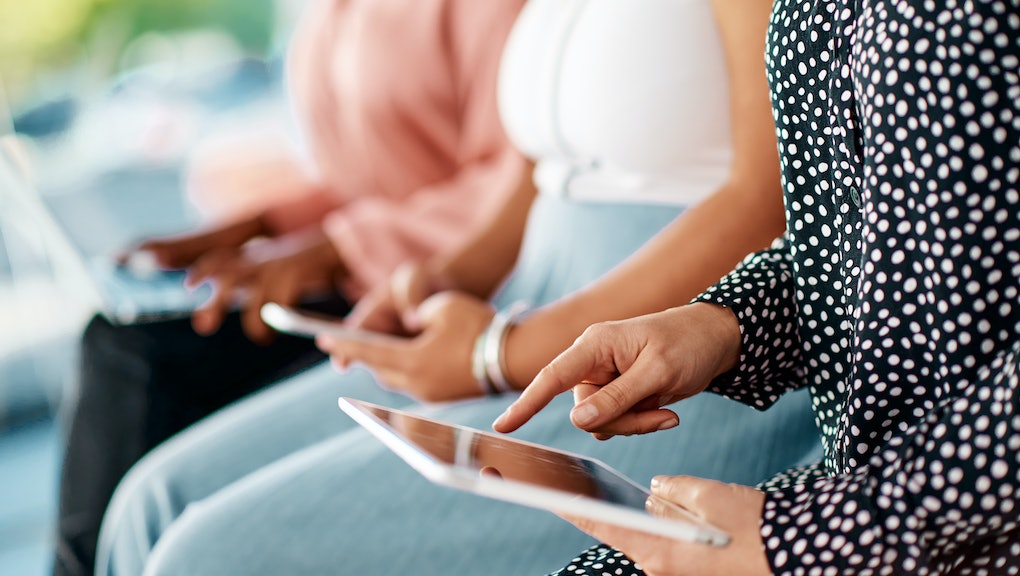 As the economy slowly recovers, Black workers are being left behind

Because of the coronavirus pandemic, the U.S. unemployment rate rose to nearly 15%, which is the highest rate since the Great Depression. Recent data suggested that unemployment rates may be falling once again, as the country's coronavirus response kicks in, but there's one major gap in the recovery: Black people are still being left out of the workforce.

Last week, the U.S. Bureau of Labor Statistics reported that the unemployment rate fell from 14.7% in April to 13.3% in May. These job gains were not distributed equally across sectors. The BLS said that unemployment during May "rose sharply in leisure and hospitality, construction, education and health services, and retail trade. By contrast, employment in government continued to decline sharply."

While the national unemployment rate fell, not much happened for Black people. As unemployment fell to 12.4% for white workers, it rose to 16.8% among Black workers, which The Hill reported is the highest in a decade. Unfortunately, the racial divide doesn't come as a complete shock to economists.

“Many of us who work in racial disparities were predicting that white workers would be absorbed at a faster rate, and therefore we would start to see the gap between Black and white unemployment increase again," Dania Francis, an economics professor at University of Massachusetts Amherst, told The Hill.

However, The Hill reported that the suddenness of the gap's widening was a little bit of a surprise to Francis, who said, “I don’t think, myself, that I expected that to necessarily happen to the extent it did already in May.”

Meanwhile, the BLS's claims that national unemployment fell so much haven't gone uncontested. Per PBS NewsHour, a note on the official report said a "misclassification error" means that May's unemployment rate could actually have been up to three points higher than was previously reported.

This doesn't mean that coronavirus's economic impacts aren't disproportionately felt by Black people. In fact, history would have alerted you to to how coronavirus would impact Black people economically long before the BLS put together any reports. You can look back at the Great Depression — when Black unemployment rates were double or triple those of white workers — or the Great Recession, when Black unemployment rates averaged 8.2% compared to 3.9% for white people.

At the same time that Black workers struggled with unemployment during the pandemic this spring, the federal government shut many Black-owned small businesses out of Paycheck Protection Program loans. Experts told NBC News that the issues arising from PPP loans came from the fact that policymakers failed to take into account pre-existing social and economic inequalities when drafting the program.

"There is a structural flaw in this program. It uses banks as middlemen. Any time you create a big program and give banks the ability to choose which customers it prioritizes, you're going to have disparities," Mehrsa Baradaran, a law professor at the University of California at Irvine, told the outlet. "Credit disparities are where past injustices lead to present disparities."

The racial inequalities illuminated by reports like the one that Black Americans died from coronavirus at much higher rates don't just go away because lockdowns are over. The fact that Black people are overrepresented in the sectors hit hardest by coronavirus (hospitality, service, and retail) partially explains the difference in unemployment rates. And anti-Blackness explains why Black people will be left out of the workforce as white people begin to enter it once again.