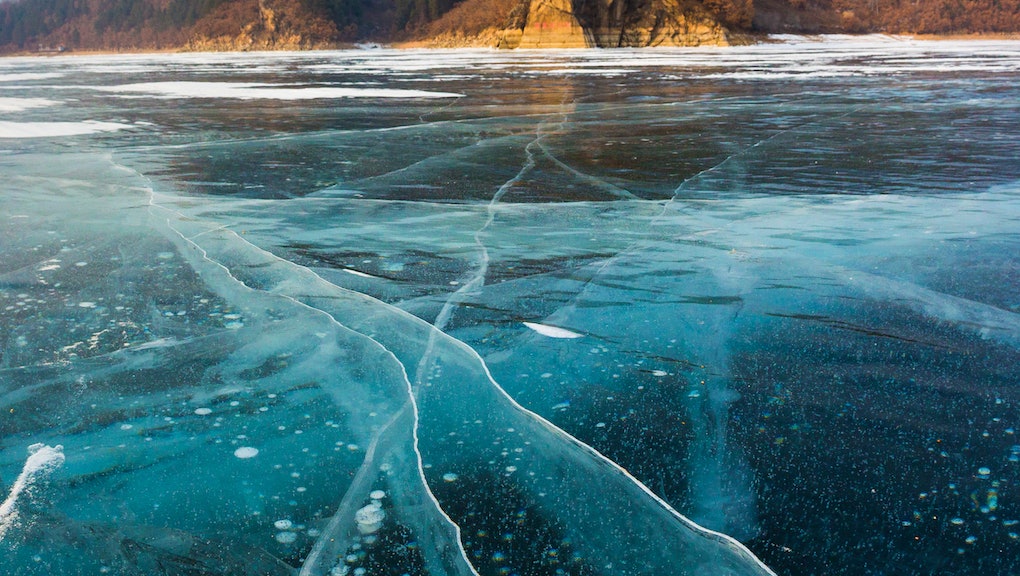 As the planet warms courtesy of human-caused climate change, winters have been getting hotter, particularly in the United States. And while that’s bad news for a whole host of long-term ecological reasons, a new study published in the journal PLOS One outlined a more immediate cause for concern: people falling through thin ice and drowning.

Researchers looked into more than 4,000 reported drownings that have occurred in 10 countries since 1991 using information from coroner's offices and weather records that track air temperature as well as ice formation on lakes. What they found was a significant correlation between the tragic occurrence of these deaths and unseasonably warm weather. According to the researchers, nearly half of all the drowning incidents were associated with warmer than usual winter air temperatures.

The US and Canada suffered the most fatalities associated with warmer weather, with many of the deaths linked to winter activities. In a number of cases, the incident occurred while someone was riding a snowmobile across a lake that they likely believed had frozen over. In many cases, the drowning victims were young. Nearly half of the drowning events that happened in Minnesota, for instance, happened to children who were under nine years old. Most of the time, the child was doing winter things like sledding or ice skating.

Researchers found that even in instances where a person doesn't die due to drowning, they can often experience devastating and life-altering consequences from the traumatic experience. Children who fall into freezing cold lake waters often suffer cardiac arrest. That experience leaves 90 percent of them with neurological damage that can have long-term effects. More than one in four of those victims also died within a year of the incident.

It's not just the classic winter traditions that become more dangerous thanks to climate change. For indigenous people, surviving through the winter is often dependent on predictable weather. Many indigenous people travel across frozen lakes and rely on thick sheets of ice to enable that. The warmer winters can also disrupt their hunting seasons, as it can lead to less predictable migration patterns for animals that they have counted on as a food source. The lack of consistently cold temperatures can also undermine their ability to store food through the winter.

While warmer winters will make lakes more dangerous and ice more unpredictable, there are some proven methods that can prevent some of these unnecessary deaths. Researchers found that Germany and Italy suffered significantly fewer drowning deaths, even during warm temperature periods, than countries like the US and Canada. The reason? Simple interventions. Local laws in the countries prevent the use of snowmobiles on lakes and ice skating and other activities are prohibited until the ice has been deemed safe. Something as simple as additional messaging indicating that ice is not yet stable enough to support people could save lives.