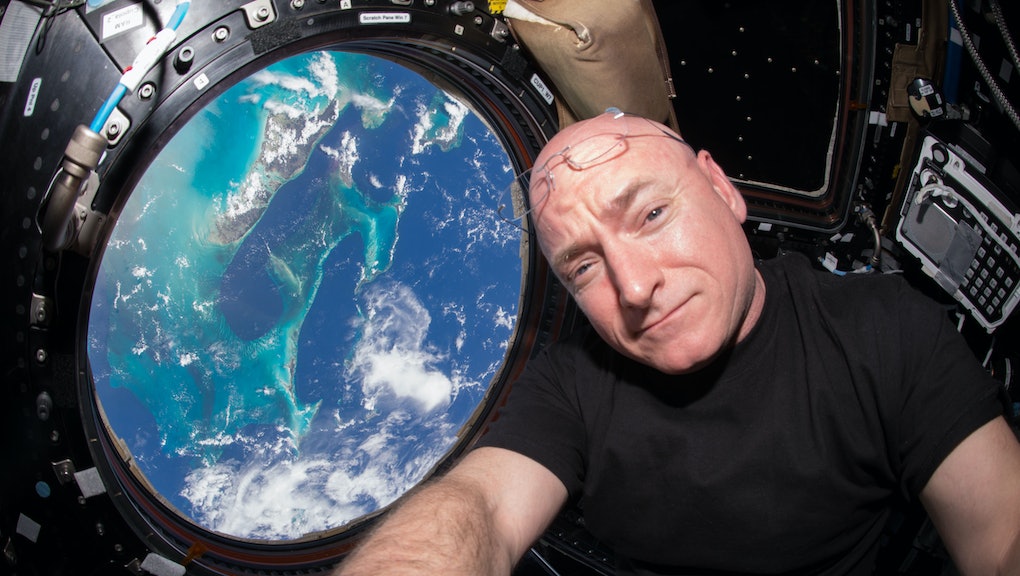 Astronauts are being asked to film skincare ads in space now

Here’s some new-age business jargon I wager you’ve never heard before: NASA is looking to develop the “low-Earth orbit economy,” which practically means the International Space Station is now open for business. You might’ve heard that Estée Lauder is sending skincare products to space later this month. And no, they’re not for the astronauts aboard the ISS, to combat the wrinkles wrought by gamma rays or ultraviolet radiation or whatever other cellular-depleting matter pings around outside the protective bubble of Earth’s atmosphere.

Rather, the scientists and other exceptionally smart and healthy Americans aboard the space station are being tasked with filming a commercial for Estée Lauder. Up to 10 bottles of age-fighting serum will be tucked aboard a rocket scheduled to launch September 29, alongside 8,000 pounds of various other cargo, experiments and supplies. When it gets there, the astronauts are supposed to capture footage of bottles of serum floating in the space station’s cupola window, presumably with Earth and maybe a spacewalk-in-progress in the background.

Advertisers routinely pitch some pretty out-there ideas they’re wholly convinced are worth the many millions it takes to execute them — resources that could theoretically, I don’t know, aid humanitarian causes or fund scientific breakthroughs. For example, decades ago a marketing executive named Steve Koonin had the bright idea to advertise Coca-Cola on the moon during Y2K with lasers. Coke spent a few hundred thousand dollars developing the idea and even hired a team of scientists before the plan was scrapped, because as NASA’s chief scientist told The New York Times back in 2009, such a feat of scientific marketing “might take a decade to develop and cost somewhere between a big-budget movie and a week in Iraq.”

These days, as evidenced by Estée Lauder’s serum-in-space campaign, it’s more realistic for corporations to “shoot for the stars,” if you will. In fact, America’s space agency is encouraging these sorts of stunts, as Phil McAlister, NASA’s director of commercial spaceflight development, explained during a September 24 press conference on the upcoming mission. “I know there are probably some people that were surprised when they heard NASA was supporting a marketing initiative on the ISS, and that’s exactly why we think this is a good project,” McAlister said. “We need to expand people’s perspective on what we can accomplish on the ISS. [...] We need lots of people thinking of different things to do in space.”

There are lots of reasons NASA wants to develop the “low-Earth orbit economy,” and most of them have to do with the agency’s aspirations beyond the ISS. For years, NASA has pushed for private-sector spending on space projects, looking to stretch its funding and focus on sending astronauts back into deep space. As the government theoretically focuses on pushing humanity further into the solar system, capitalizing on the void immediately surrounding Earth is rife with business opportunities, including space tourism.

McAlister noted that NASA is devoting a “relatively modest amount” of its utilization resources, around five percent, to enabling business development activities. They’re allowing Estée Lauder to send its bottles of serum to the ISS for free. In return, the makeup brand will reimburse NASA approximately $128,000 for the labor involved in shooting its skincare ads, which takes into account astronauts’ $17,500 hourly rate.

Listen, in the grand scheme of things, it might turn out to be great that humans used marketing dollars to get themselves beyond the moon. But in the short term, it’s hard not to feel like the great minds at NASA might be better utilized helping humanity navigate some of the existential threats here on Earth. And guess what: they aren’t wrinkles.

More like this
Space debris from a rocket launch is currently hurtling toward Earth
By AJ Dellinger
The NFT gold rush, explained by the world's first meme manager
By Kara Weisenstein
How “stoopers” turned New York City sidewalks into trendy, sustainable thrift shops
By Jasmine Vojdani
Stay up to date