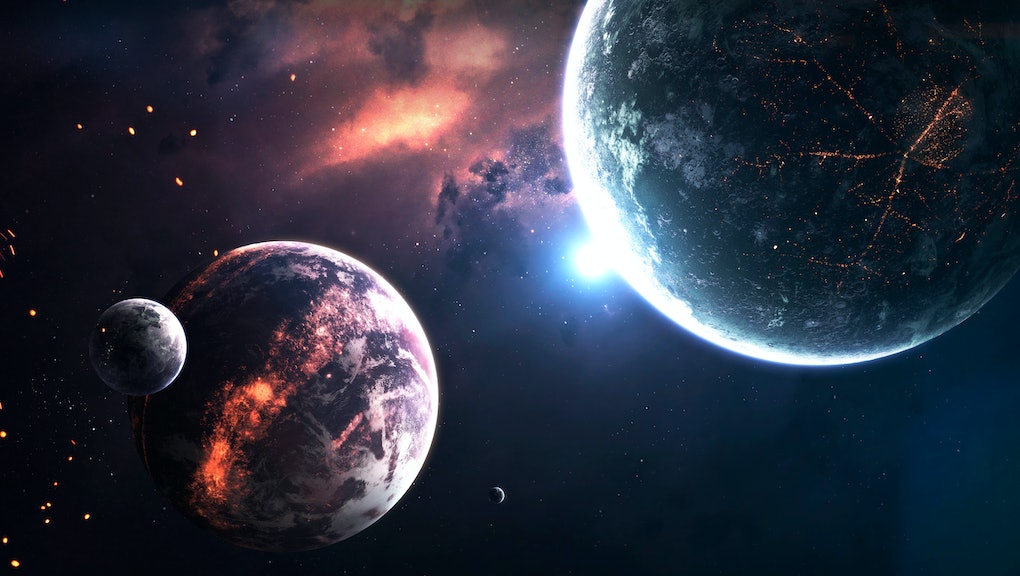 Astronomers discovered an exoplanet that shouldn’t be able to exist

The mysteries of our universe continue to astound, especially when it comes to the science behind planets. While scientists have worked tirelessly to figure out exactly how they form, an exact answer has yet to be reached. However, when certain anomalies pop up that defy conventional explanation, that research is made all the more difficult to understand. With astronomers' discovery of an exoplanet 30 light-years away, scientists are now trying to work out the mystery of a planet that, theoretically, shouldn't exist.

This planet, GJ 3521b, was discovered thanks to a Spanish-German research unit named CARMENES, whose mission it is to find planets hidden among even the smallest stars in the sky. CARMENES utilized a telescope found at Calar Alto Observatory in southern Spain to do this. But it should be noted that the mere existence of the planet isn't the strange part. It's the fact that it's too big for the star it was found by: GJ 3512.

Researchers at the University of Bern in Switzerland have take it upon themselves to solve the mystery, with results published in a peer-reviewed survey in Science that went live on September 27.

An exoplanet is a planet that exists outside our solar system. NASA even has a special program tasked with "finding planets where they shouldn't be." Its primary goal, as its official website points out, is to "discover planets around other stars, to characterize their properties and to identify planets that could harbor life." The way astronomers currently understand it, it shouldn't be possible for a tiny star to be orbited by a comparatively enormous planet, which is half the mass of the solar system's planet Jupiter. Dwarf stars like GJ 3512 should only have planets the size of Earth, or "somewhat more massive super-Earths," said University of Bern professor Christoph Mordasini.

"Our model of the formation and evolution of planets predicts that around small stars a large number of small planets will be formed. Our model predicts that there should be no giant planets around such stars," he said. Essentially, this configuration shouldn't have happened. As such, the race is on to uncover how it did by offering some sort of explanations that still make sense according to current understandings in the scientific community.

Mordasini, speaking to CARMENES, suggested that perhaps GJ 3512b wasn't formed in the typical ways planets come into being: core accretion. This means that planets usually form "from the bottom up." Mordasini suggested that instead, this one could have instead formed after a gravitational collapse, falling victim to its own force, from top to bottom instead. There are still holes in this theory, however.

"Why hasn’t the planet continued to grow and migrate closer to the star in this case? You would expect both if the gas disk had enough mass to become unstable under its gravity. The planet GJ 3512b is therefore an important discovery that should improve our understanding of how planets form around such stars," he concluded.

Simply put, researchers still aren't very sure how to explain this planet that really should never been there in the first place. It looks like when an answer finally is uncovered, however, astronomers are going to end up learning a lot more about the way planets form and how we understand the rules of the universe. One mystery down, hopefully, with hundreds more to go.

More like this
Greta Thunberg on world leaders' climate promises: "Blah blah blah"
By AJ Dellinger
Scientists are potty-training cows in an effort to save the planet
By AJ Dellinger
There are QAnon NFTs now, because one grift deserves another
By AJ Dellinger
Stay up to date