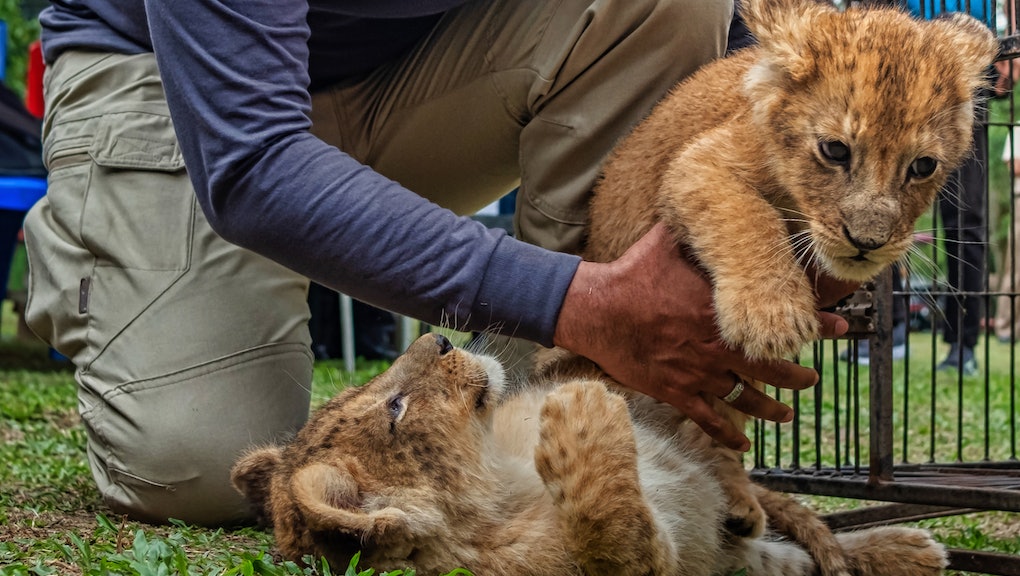 The global economy has been crippled by coronavirus, with nearly every industry on earth feeling the repercussions in one way or another. And according to a recent report from the Wildlife Justice Commission, poaching and the illegal animal trade are no exceptions. But while the illicit industry has been in decline since countries began to close their borders in response to the virus, the report warns that stockpiling is likely occurring and traffickers will once again return to the trade when travel restrictions and other obstacles are lifted.

It's a little odd to imagine organizations premised on illegal activity deciding to abide by the rules when it comes to quarantining, but traffickers didn’t have much of a choice. While many of the syndicates attempted to continue operating even after the outbreak occurred, the Wildlife Justice report found that they were quickly restricted by border closings and additional scrutiny placed on imported goods. While the traders attempted to continue offering in-person delivery well into February, they were often forced to delay the dispatches or pay higher fees to transporters making the trek. By March, according to the report, customers for illegal products started to dry up — particularly in China, which has one of the biggest global markets for illegal wildlife trade.

On top of a sudden lack of demand, security around the world has also gotten tighter, making it more challenging for traffickers to move their product. According to the report, customs officers at major airports across Asia have started seizing goods due to security concerns. Nearly two dozen rhinoceros horns were confiscated at airports in Vietnam in early March, and other crackdowns at security checkpoints on major roadways and in airports have also constricted trade. Under other circumstances, traders may pay off security in order to guarantee their goods make it to their intended destination, but canceled flights and travel restrictions have eliminated some smuggling routes and made it more challenging for traffickers to operate.

With many physical routes shut down and in-person storefronts no longer operating, traffickers, like so many other struggling businesses, have turned their attention to online marketplaces. According to a report form Al Jazeera, Chinese e-commerce sites and delivery services have seen a sudden spike in trading of wildlife items. Products including elephant ivory, rhino horn, tiger bone, bear bile, and shark fins can all be found on the platforms. The Chinese government and wildlife organizations have asked the sites to block the sales, which violate Chinese law, whenever possible.

And while the coronavirus pandemic has significantly limited traffickers’ ability to trade and move products, it may actually be presenting them with new opportunities to poach wildlife. According to Wildlife Justice, there is some evidence to suggest that poaching organizations operating in Southern Africa are planning on taking advantage of parks and wildlife preservations that have closed down or decreased staff. They may also be aided by the fact that law enforcement is more likely to be occupied by coronavirus related emergencies and will spend less time patrolling and policing for potential poachers. Wildlife Justice warns that these poachers will likely stockpile product with the intention of distributing it once again when travel can resume.

“It is clear that COVID-19 prevention measures have affected wildlife trafficking operations,” Sarah Stoner, director of intelligence at the Wildlife Justice Commission, said in a statement. "The stockpiling of huge quantities of wildlife products in many of the key countries concerned presents investigative opportunities for law enforcement and there is an expectation that the movement of high-value wildlife commodities will resume, even at intensified levels, once restrictions are lifted.”

More like this
He made a cryptocurrency called SCAM. Now he's trying to make it legit
By AJ Dellinger
Biden's pledges aren't enough to avoid the worst effects of climate change, new study says
By AJ Dellinger
7 climate podcasts to help you make sense of the future
By AJ Dellinger
Stay up to date