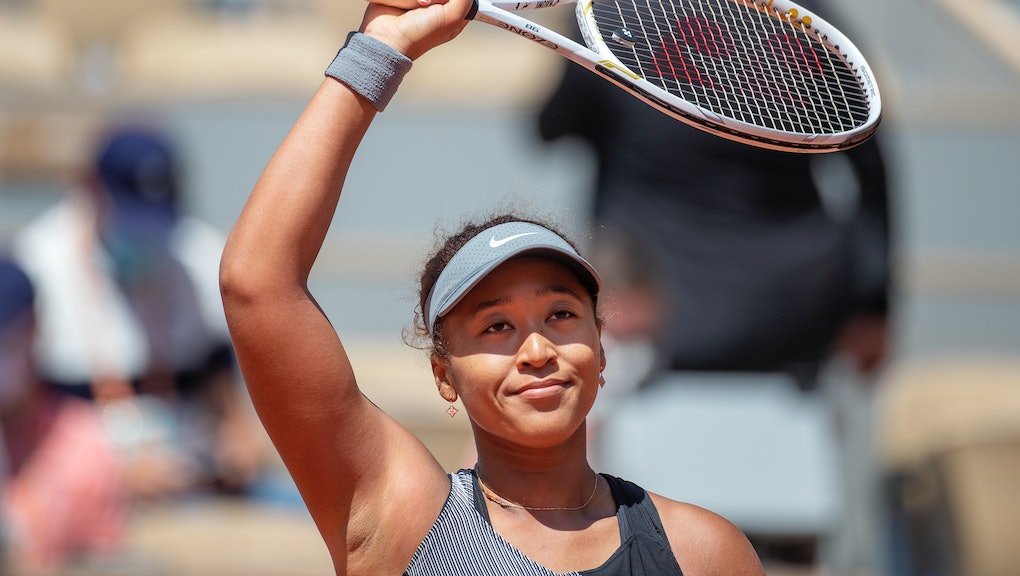 Athletes have good reason to want to skip press conferences

During the press conference after Game 1 of the 2018 NBA finals, James was questioned repeatedly by ESPN’s Mark Schwartz about the mental state of teammate J.R. Smith, whose final-seconds rebounding blunder contributed to a Cleveland Cavaliers overtime loss.

Over 70 seconds and four questions, Schwartz probed for the inner workings of Smith’s mind, before James finally stood up, put on sunglasses, grabbed his briefcase and walked out through the gathered press corps.

He uttered a single sentence: “Be better tomorrow."

It was not the first verbal tangle between reporter and sports star, and it will not be the last. Recently tennis star Naomi Osaka left the French Open for mental health issues exacerbated, she said, by facing questions at the tournament-required press conferences.

These examples represent a fundamental struggle between athletes and those who cover them: interviews contested in a press room forum that feel more like a mixed-martial arts octagon than Oprah’s couch.

On one side are reporters who need quotes to flesh out stories they hope will stand out from their competitors. On the other are athletes, who often want to be anywhere but in that press room.

Birth of the press conference

I am a professor of sports journalism at Ohio State. Every semester I teach students to be good interviewers and get comfortable asking questions in front of other writers in the press conference setting.

As an Associated Press sportswriter, I also feel uncomfortable in nearly every press conference I cover, worried I will ask a question others perceive as superfluous or uninformed, and sometimes cringing at questions I hear from others.

Sports writing has included post-game interviews since publishers realized covering sports would sell newspapers in the early 20th century. In those days, the conversations were up close, face-to-face, building relationships. Writers got to know the rhythm of athlete and coach moods and balance them with coverage deadlines.

The arrival of broadcast news brought greater demand for access, and the press conference was born. But the exclusive coverage club that once required a printing press and mainstream publication for team access has more recently expanded in the digital world to self-proclaimed publishers with a mobile device and an internet connection.

The requirements are established between the league and the media. The NHL agreement, for example, provides that 10 minutes after each game, each club will make key players and the head coach available. The NFL agreement states, “Reasonable cooperation with the news media is essential to the continuing popularity of our game and its players and coaches.”

What happens in a press conference is another issue.

Yes, there are stupid questions

Taurean Prince schools the reporter who asked how his team, Baylor, could have been outrebounded by Yale: ‘They got more of those than we did.’

Press conference interaction is more transactional than conversational. Team reps call on reporters. Reporters ask questions. Athletes do their best to answer questions – whether they won a midseason game or lost Game 7 of the Stanley Cup playoffs.

A Toronto TV reporter asked Bryce Harper, a nondrinking Mormon, whether he planned to celebrate a homer with a beer. Harper’s response: “I’m not answering that. That’s a clown question, bro.”

A reporter asked Serena Williams why she was not smiling after her quarterfinal win in the 2015 U.S. Open, a question rarely – if ever – asked of men.

After noting it was 11:30 p.m., and she’d rather be in bed, Williams added, “I don’t want to answer any of these questions. And you guys keep asking me the same questions. You’re not making this super enjoyable.”

Taurean Prince was asked after an upset in the first round of the 2016 NCAA Tournament to explain how Yale could have possibly outrebounded his Baylor team.

His response: “You go up and grab the ball off the rim when it comes off. And then you grab it with two hands, and you come down with it. And that’s considered a rebound. So they got more of those than we did.”

Few sports fans can forget Allen Iverson refuting that he did not practice as hard as the Philadelphia 76ers deserved.

Allen Iverson tells reporters: ‘We’re talking about practice…not the game that I go out there and die for and play every game like it’s my last.’

To quote sports publication Bleacher Report, “Sometimes, a question is just so poorly researched, poorly timed or just plain poor that it makes you wonder what on Earth the reporter was thinking. Better yet, how does this reporter still have a job?”

Ask questions to get answers

The press conference goal for media is to get insights to feed the fans’ insatiable appetite to be in the know about their favorite competitor or team.

Some athletes, like tennis star Rafael Nadal, acknowledge the role the media can play in building brand and reputation. After Osaka refused to speak at the press conference, Nadal told reporters, “Without the press … we (aren’t) going to have the recognition that we have around the world, and we will not be that popular, no?”

In truth, athletes no longer need the press to communicate with their fans. They can do that directly through social media channels.

Sports journalists have extraordinary access that can inform fans’ understanding of the athletes and their performances, but they must do better if they are to remain relevant.

If sports reporters better researched games and subjects, they could ask questions that focused on more than just a single moment in time. That could turn “How did that team outrebound you?” into “You guys seemed to struggle to get position under the basket compared with your last game. What did this team do differently that proved challenging to you?” That would give fans a much better insight into the game.

Sports writers often make sources do all the work by asking them to “talk about” a moment in time – the third inning, the fourth quarter, the play of the quarterback. Being more specific with a question will get a more detailed answer.

Sports writers could consider how it would feel to be asked the question they plan to pose. How should a player feel when they win or lose a big game? Reporters who have compassion for the person at the microphone and the experience they endured get better answers.

Interviewing is hard, and press conferences make it no easier. Everyone hears your question and each reporter gets the same information, so standing out can be a challenge. Training and professional development in the art of the question is imperative to see question-asking as the chesslike game that it is.

Before asking a question (make a move), anticipate the response to that question (opponent’s move). Is it the answer sought or needed? If not, be prepared to ask that question another way or ask another question. And what will be the follow-up question (next move)?

Let us all be better tomorrow.

This article is originally published on The Conversation by Nicole Kraft, associate professor of clinical communication ay The Ohio State University. Read the original article here.

More like this
Alcohol companies make 17 billion off of illegal sales each year
By David H. Jernigan
Why the origin of coronavirus is still a mystery
By Marilyn J. Roossinck
Freaking out about returning to "normal"? Experts have some really good advice
By Bethany Teachman
Stay up to date