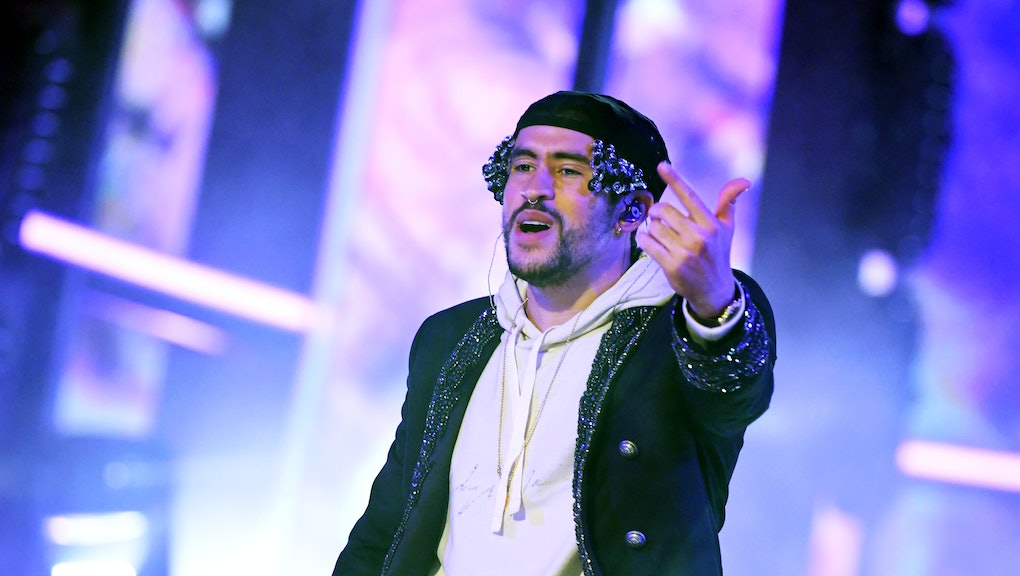 You might’ve noticed that Bad Bunny is really into wrestling. He’s been a steady presence on WWE television all year. In fact, the week he performed on Saturday Night Live, he defeated some other wrestler to win the 24/7 Championship belt and then held the hardware while crooning “Te Deseo lo Mejor” on the late-night comedy show. (That particular belt is a prize average Joes can literally wrestle out of a pro-wrestler’s possession at any time, provided there’s a WWE referee present. This sport is wild, y’all.)

Anyhow, after a string of fan-acclaimed appearances on the WWE stage in recent months, Bad Bunny has been booked for WrestleMania on April 10. The Puerto Rican rapper turned rassler was challenged to a match by The Miz, who I would’ve bet money once starred in his high school’s production of The Sound of Music, but who actually rose to fame on The Real World circa 2001. Naturally, Bad Bunny accepted: “I accept your challenge, bitch," he said.

The celebrated musician has been a popular presence on WWE television lately. In January at the 2021 Royal Rumble, he performed his single “Booker T” while standing next to the actual Booker T. Then, he climbed onto the top rope and took down two WWE superstars with a “frog splash,” a classic move favored by beloved wrestler Eddie Guerrero. Bad Bunny name-checks the legend in his hit track “I Like It,” with Cardi B and J Balvin. According to the WWE, video of his appearance drew more than 36.7 million views across all its social platforms within a couple weeks.

Obviously, the WWE is capitalizing on Bad Bunny’s celebrity clout to promote wrestling. And vice-versa, the rapper is getting to cosplay as a pro wrestler. We can’t say we’re mad at it! Seems like a win-win