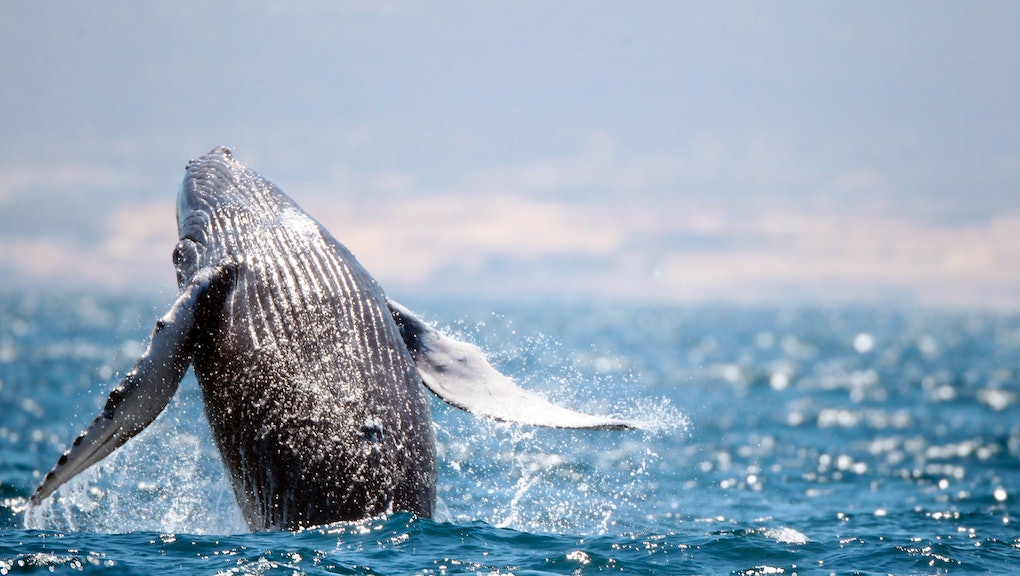 Beached whales could be confused by radiation from solar storms, scientists say

The sun is more than just an integral part of life for the solar system. Just like the moon's gravitational pull affecting the very waves of the ocean, the sun itself appears to have influence over the way migrant animals that live in Earth's oceans travel, including finding their way around. According to new research from the University of North Carolina at Chapel Hill, gray whales may in fact be some of the creatures affected the most. Healthy members of the species have been proven to be almost five times more likely to strand, or beach themselves, when there are high levels of radio waves coming from solar storms.

Solar storms also cause sunspots, and the latest research shows a direct correlation of a higher number of such to whales stranding themselves. Sunspots are temporary, dark spots that can be observed on the sun that tend to fade out quickly, caused by areas of reduced surface temperature as a result of fluctuations in the sun's magnetic field. These spots are often the result of the sun's inability to continue heating itself (convection) in certain areas. It appears that when these phenomena occur, whales are indeed affected.

Scientists believe, but aren't sure, that whales use magnetoreception to find their way around. This is an extrasensory ability that allows animals to detect magnetic fields in an effort to figure out where they're headed by way of direction, location, or even altitude. Mice, pigeons, and bats are among some of the mammals who utilize it in everyday life as they go about their business. It's thought that gray whales use it, given that the ocean is a prime location rife with additional locational clues that animals can use to orient themselves. For instance, some animals, like sharks, can use the ocean's unique odors to figure out where they're going.

Gray whales have carved out their own route heading north from Mexico every March through June. After the season's over, they return south in November. Sometimes, a whale ends up getting lost, or strands itself, leading it to perish. It isn't fully understood why this happens, but scientists believe that many whales end up stranded due to an error in the internal GPS, or the aforementioned magnetoreception ability. This could be due to issues such as solar storms causing "static," so to speak.

The hypothesis isn't completely airtight, however, because the radiation that sunspots cause doesn't always make it to the Earth's surface due to the atmosphere. There is a bit that does, however, and according to study lead author Jesse Granger, that bit of radiation has been proven to "disrupt a magnetic orientation ability." Still, there's more work needed yet to say whether or not the storms are definitely affecting the gray whales' navigational capabilities.

"More work will be needed to determine whether the storms are affecting whale navigation or having some other effect," said Granger. This includes taking the next few steps of studying additional migratory species in other areas throughout the world. So while there isn't a definitive answer just yet, there's certainly work being done to secure one in the future – hopefully to prevent future strandings.