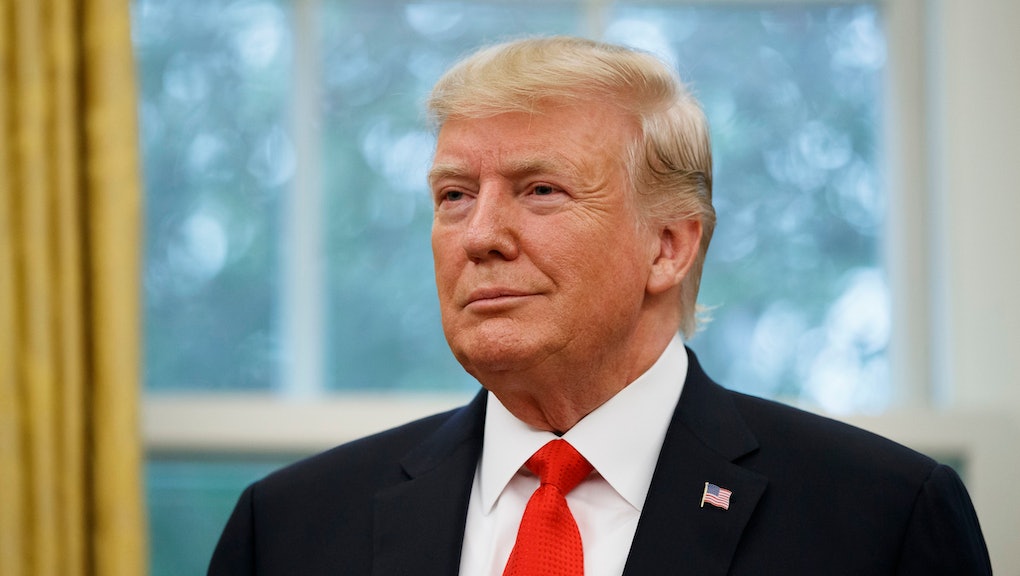 Being politically incorrect can help you appear more 'real,' per a new study

There’s a reason why politically incorrect language has such an impact on listeners — and it’s often not because it sparks anger or disbelief, as it seems to so often be the case with certain high-ranking American politicians. Researchers at Berkley Haas have found that using as little as one politically incorrect word, in an otherwise broadly acceptable refrain, leads people to perceive the speaker as “more authentic and less likely to be swayed by others.”

“The cost of political incorrectness is that the speaker seems less warm, but they also appear less strategic and more ‘real,’” said Juliana Schroeder, a professor who co-authored the study for The Journal of Personality and Social Psychology, in a statement. “The result may be that people may feel less hesitant in following politically incorrect leaders because they appear more committed to their beliefs.”

Researchers conducted nine experiments, with nearly 5,000 subjects, of all ideological backgrounds, who were asked to define “political correctness.” “The definition that emerged was ‘using language or behavior to seem sensitive to others’ feelings, especially those others who seem disadvantaged,’” said the statement. “In order to study the phenomenon across the political spectrum, [researchers] focused on politically incorrect labels, such as ‘illegal immigrants,’ rather than political opinions, such as ‘illegal immigrants are destroying America.’”

The approach allowed the researchers to measure the subjects’ reactions to when single words or phrases were changed to politically incorrect ones from otherwise generally palatable statements.

And it appears that an attraction to “politically incorrect” speech exists for people across political parties. The researchers observed Democratic Rep. Alexandria Ocasio-Cortez’s use of “concentration camps,” in the place of “immigrant detention centers,” as an example parallel to President Donald Trump’s turn with “illegals,” as a supplemental term for immigrants who enter the country through illegal means.

“Political incorrectness is frequently applied toward groups that liberals tend to feel more sympathy towards, such as immigrants or LGBTQ individuals, so liberals tend to view it negatively and conservatives tend to think it’s authentic,” said Michael Rosenblum, another paper co-author, in the statement. “But we found that the opposite can be true when such language is applied to groups that conservatives feel sympathy for — like using words such as ‘bible thumper’ or ‘redneck’.”

Public figures should be cautious when utilizing language that might be absorbed as politically incorrect, however. The researchers did conclude that politically incorrect phrasing can “make a person appear significantly colder” and “less willing to engage” in political discourse.

So it seems that in order to execute political incorrectness effectively, prompting an embrace from listeners as opposed to rejection, it takes a certain nuanced savviness — or perhaps one might say, the charisma of a cult leader — as well as a speaker’s understanding of their audience. And even if we profoundly disagree with Trump’s messaging, when addressing his base supporters, who’ve remained by his side throughout all the turmoil since he took office, he certainly has such characteristics in spades.