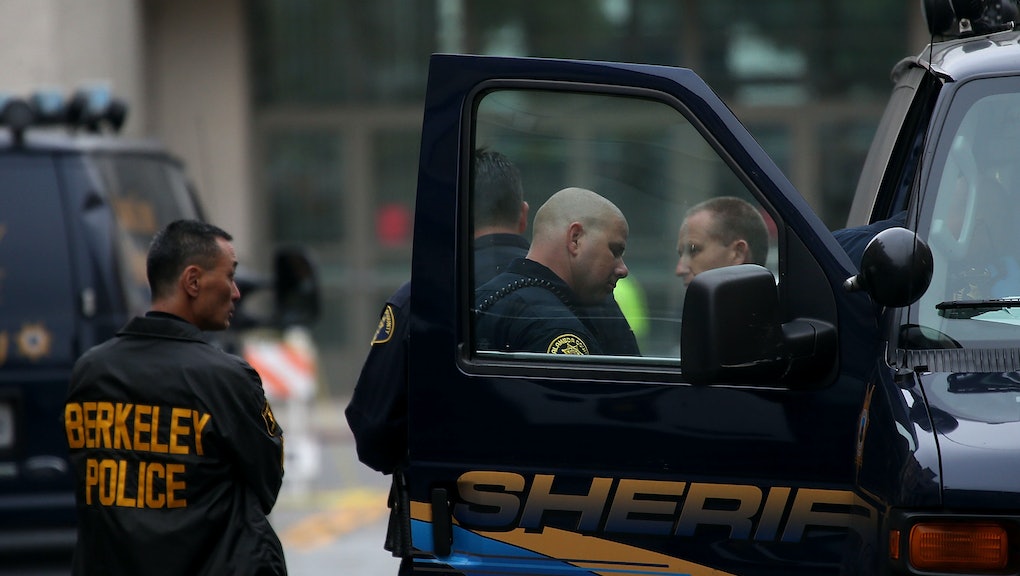 Berkeley, California, has pledged to replace some police with social workers. Will it work?

On the heels of a major national uprising against white supremacist institutions and police brutality, the city of Berkeley, California, adopted a comprehensive set of proposals earlier this month intended to reduce the number of interactions people in the city have with police officers. All but one city council member voted to adopt the package, a set of five proposals to change the way police patrol the city. A key part of the package is its call to establish a Specialized Care Unit, which will replace police with licensed social workers and medical professionals who will conducting wellness checks and other mental health interventions; another proposal is to create an unarmed traffic enforcement body known as BerkDOT (Berkeley Department of Transportation). The package also calls to set aside a portion of the city's budget to audit the police department.

Berkeley certainly isn't the first city to take up these sorts of reforms — neighboring Oakland established its own Department of Transportation in 2017 to make transportation more equitable by lowering the cost of public transportation and reducing carbon emissions, among other goals, while San Francisco voted in early June to send unarmed and crisis-trained officials to respond to situations involving mental health needs. The city of Berkeley is, however, the first to try to implement a composite of several popular proposals all at once.

The bill is informed by two claims: that racism is a public health emergency and that police are ill-equipped to address mental health needs. The research supports this, too: The National Alliance on Mental Illness found that half of the people police kill on duty have a disability, and according to the Treatment Advocacy Center, those with unmet mental health needs account for 25-50% of fatal police shootings. Just across the water from Berkeley, in San Francisco, people living with mental illness account for nearly 60% of people killed by police. And as the country knows well now, police are far more likely to kill Black people than any other demographic group.

The Berkeley proposals seek to change these conditions. Right now, if a Berkeley resident is in crisis and calls 911, "you're gonna get police, but you might not be able to get someone who can help you," says Andrea Pritchett, founder of Copwatch, a Berkeley resident-led police accountability organization. But this wasn't always the case. "The main change that I've seen over the past 10-20 years has to do with the police department becoming increasingly involved in the response to calls for assistance in mental health [crises]," Pritchett tells Mic.

Police receive weeks of training that involves instruction on how to restrain and detain individuals, and are authorized to use force, but they aren't necessarily equipped with the skills to de-escalate a situation involving someone with mental health issues. Instead, a social worker could more expertly meet those needs. "The police don't really know how to counsel somebody, don't really know how to de-escalate somebody in crisis," Pritchett says, so "they default to devices [and] restraints."

The city council has now voted to initiate the process of "reimagining policing," as Berkeley Mayor Jesse Arreguín (D) puts it. Within the reform package are two concrete proposals to create non-police response teams, partially by using funds currently allocated to the police department. But the city council has directed city staff to fill out the details of those plans — what they look like, who will run them, and how much money will be allocated to them. For instance, it's not clear yet what third-party organization would head the Specialized Care Unit, but city staff are set to propose one in the coming months that meets requirements outlined in the reform proposal.

City councilmember Ben Bartlett, who wrote the proposal for the Specialized Care Unit, tells Mic that it's critical that the implementation process be driven by empirical data to ensure that the new systems of public safety are ethical, equitable, and can outlast the current city administration. One of those data points, he says, should be the city's police budget, which has steadily increased over the past 10 years. (Arreguín notes that the city's overall budget is headed for a $40 million deficit, so divesting from the police force and reinvesting those funds elsewhere is both an apt response to public demands as well as a financially sound decision.)

Bartlett modeled his proposal for the Specialized Care Unit after a program in Eugene, Oregon, which has existed for more than three decades. In 1989, city government approved a non-profit-led community response initiative that called for non-police medical professionals and social workers to respond to most 911 calls instead of traditional police officers. Eugene's program costs just over $2 million to operate and fields 17% of the police department's calls. Bartlett says that his program in Berkeley, when enacted, will function in a similar way: Trained mental health and social service professionals will be dispatched to situations that don't involve criminal activity, or where police presence might lead to "intimidation, trauma, [and] inequitable racist results."

"We need a proper functioning public safety program in this city," Bartlett says. "Police are a part of it, but they're not the full story. They're doing way more than they are qualified to do or need or want to do."

In past years, police have undermined meaningful reform, Arreguín says. But with protests around the country grounded in a demand to defund the police, Arreguín tells Mic that Berkeley now has "a movement and momentum that could really overcome that resistance." He also acknowledges that policing has not had an equal impact: "I've experienced racism my entire life. I know that Latinos and African Americans in our community don't feel safe," he says.

Pritchett, for her part, remains skeptical about the city council's reform package and is waiting to see if it really results in lasting policy changes. She does feel hopeful about one portion of the package, though: the proposal to give Berkeley its own Department of Transportation to handle most traffic stops and parking violations.

"Berkeley has historically been at the forefront of many social movements."

The proposal was brought to city councilmember Rigel Robinson by a local organization known as Walk Bike Berkeley. Because of pressure from the organization as well as regional shifts in transit policing (the Bay Area Rapid Transit system also agreed to de-police its railcars), Robinson immediately brought the measure to the full council. "Traffic stops represent the single most common interaction people have with police," Robinson says, highlighting that the deaths of Philando Castile, Walter Scott, and Sandra Bland resulted from police escalating a traffic stop.

Racial profiling, while less common in Berkeley than in other cities, still informs policing today, Robinson argues. That's why the BerkDOT legislation explicitly works to ensure "a racial justice lens in traffic enforcement and the development of transportation policy, programs, and infrastructure." Shifting traffic management responsibilities away from police won't eliminate racism, but the hope is that BerkDOT employees will be inherently less dangerous than regular police officers, given they will be unarmed and will be trained in a "cooperative compliance model rather than a punitive model," the legislation reads.

Robinson, like his colleagues Arreguín and Bartlett, knows that the package won't please everyone — particularly the contingent of Berkeley residents who wanted the city council to push for more substantive divestment from the police department. However, Robinson says that California state law prevents local government from fully abolishing police, and defunding is a multi-step journey that he feels the city council has now begun.

The work is just beginning, though, and it will take time for the city to build out a robust programmatic alternative to police management of traffic and mental health crises. But Arreguín is hopeful. "We want to see real changes happening next year," he says. "Berkeley has historically been at the forefront of many social movements," he adds.

The hope is that this year's protest movement will be no different.

More like this
After 9/11, the U.S. leaned into security theater. Here's how that's playing out 20 years later
By Vanessa Taylor
Live from New York: Revisiting the totally bonkers era of post-9/11 'SNL'
By Rafi Schwartz
How the shock and confusion of 9/11 enabled our modern conspiracy era
By AJ Dellinger
Stay up to date