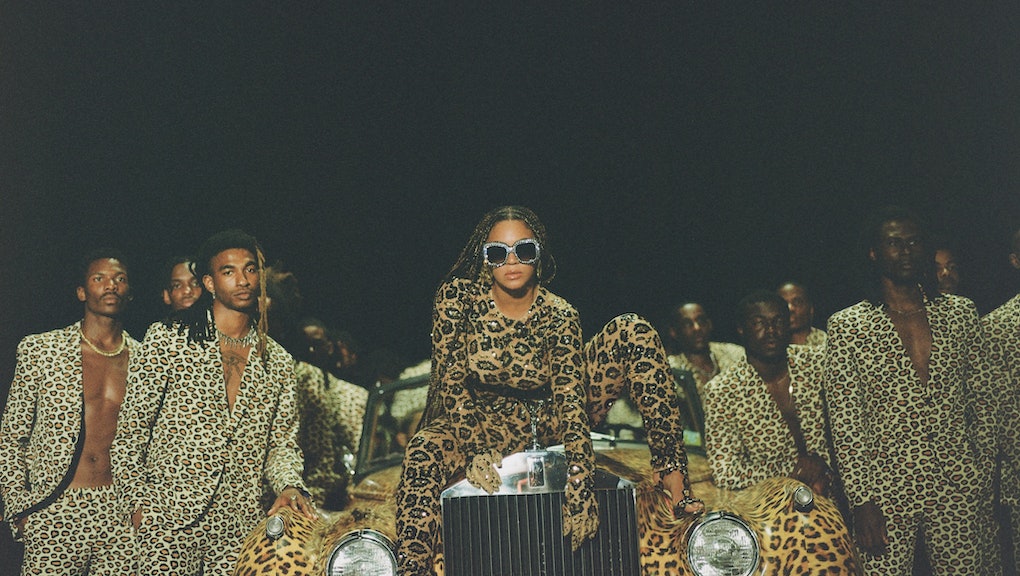 Beyoncé's new visual album was inspired by 'The Lion King'. Here's everything we know

Just when the world needs it most, Beyonce´'s new visual album, Black Is King, drops on Disney+ at the end of July. Beyonce´ has been quietly prolific in the past several months. On Juneteenth, she released a surprise single, “Black Parade,” calling for “peace and reparation for my people.” And in April, she shared a mood-brightening remix of Megan Thee Stallion's "Savage."

Written, directed and executive produced by Beyoncé, Black Is King is inspired by The Lion King, and arrives on the one-year anniversary of Disney’s live-ish action remake of the beloved tale, which starred Beyoncé as Nala. The new visual album is based on the music from Bey’s companion record released in conjunction with last year’s film, The Lion King: The Gift.

Beyoncé’s “love letter to Africa” features guest artists including Childish Gambino, Kendrick Lamar, Pharrell and Tierra Whack. Her husband Jay-Z and daughter Blue Ivy Carter also make cameos, as well as artists like Wizkid, Shatta Wale and Burna Boy. Coincidentally, Blue Ivy made history at the BET Awards on Sunday when her track from The Lion King: The Gift, “Brown Skin Girl,” won the first award of the night, making her the youngest winner in its history.

The new musical film, Black Is King, reimagines the morals of The Lion King for “today’s young kings and queens in search of their own crowns.” Just like the beloved Disney tale, it follows a young king’s quest “through betrayal, love, and self-identity” with his ancestors guiding the way. Beyoncé’s been in production on the film for a whole year, with a cast and crew representing “diversity and connectivity.”

Beyoncé and Disney Plus released a one-minute teaser for Black Is King on Saturday. It’s full of striking, artistic imagery recalling her 2016 visual album for Lemonade and the interstitials from Bey’s 2019 concert film Homecoming. “The journey is a gift,” she narrates on horseback in the Black Is King trailer, “the ancestors never left you.” All hail Queen B!