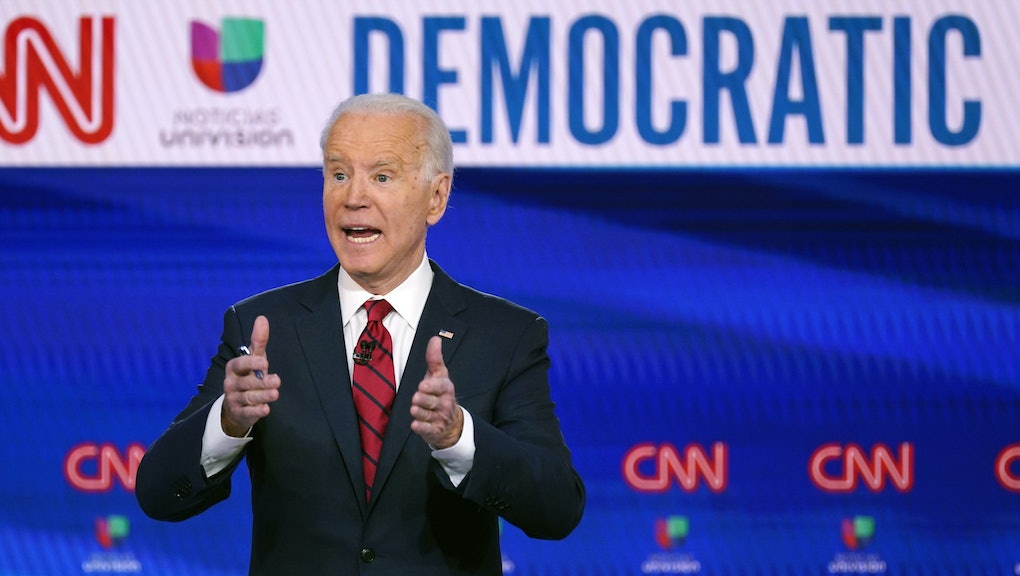 “I am convinced, beyond the shadow of a doubt, that this will be a major driving force of his administration," Inslee told The New York Times on Wednesday. “I think what you’re going to see is an increased commitment to some shorter-term actions, and he’s been very open to that.”

Inslee built his short-lived presidential campaign entirely around climate change, proposing a $9 trillion investment in climate measures. He said that his endorsement came after conversations he had with Biden, whom he described as "somebody who really believes in the American vision of growing your economy by getting out ahead and leading the world in technology."

Biden’s own climate platform falls well short of Inslee’s. He calls for the United States to have net-zero emissions by 2050, with “milestone targets [beginning] no later than the end of his first term in 2025.” For his part, Inslee called for 100% clean energy by 2045. But although Inslee argued with Biden about climate issues during the campaign, he told the Times that he now believes Biden is “willing to aim faster and higher” on addressing the crisis than he was during their prior disagreement

Gore echoed Inslee’s enthusiastic comments. “I am proud to endorse my friend Joe Biden for president,” Gore wrote on Twitter. At an Earth Day town hall event Tuesday, he elaborated on why he feels Biden’s candidacy is critical.

“If I was talking to one person who had not yet decided who to vote for in this upcoming election, I would just say plainly and simply: This is not complicated,” Gore said. “If you care about the climate crisis, if you want to start solving the climate crisis, this is not rocket science.”

“This is a real simple choice,” he added, “and if anybody has any doubt about that, come talk to me.”

Biden has been the target of criticism from progressive groups like the Sunrise Movement, who believe his policies are too centrist. In giving his endorsement, Inslee tried to allay their concerns by pointing out that Biden played a role in shaping climate police during President Barack Obama’s presidency.

“You have helped create 3.3 million jobs in clean energy — jobs that didn’t exist before,” Inslee said.

The climate endorsements are Biden’s latest attempt to shore up support among wary younger progressives, following his rollout of endorsements from Sens. Bernie Sanders and Elizabeth Warren in recent weeks. His 2020 climate platform calls for $1.3 trillion in spending on electric-car charging stations, high-speed rail, clean energy tech research, and other climate goals.

More like this
Leaked calls reveal the conservative "master plan" to tank climate action
By AJ Dellinger
Biden is going big on offshore wind — and it could create tens of thousands of new jobs
By AJ Dellinger
"Enough prayers": Biden issues 6 executive orders to curb gun violence
By Rafi Schwartz
Stay up to date