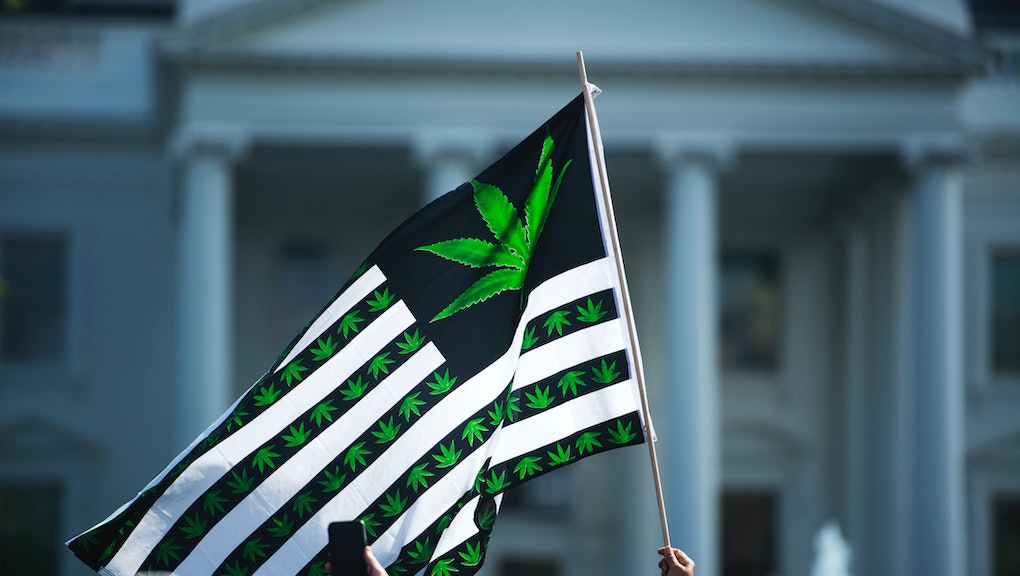 Biden is open to hiring people with past "limited" weed use because he's cool, man

With the march toward nationwide marijuana legalization well underway, the Biden administration is moving to address one of the inevitable (if not under-appreciated) arenas in which cannabis's increased ubiquity might play a complicating role: federal employment.

In a surprise move designed to acknowledge and facilitate the shifting attitude toward widespread recreational weed use, NBC News reports that President Biden is preparing to release a new set of White House employment rules that would allow appointees to the Executive Office of the President — essentially, the inner circle of presidential staff — to be granted waivers for past, "limited" cannabis use. This would exempt them from the current requirement that all EOP appointees be able to qualify for "top secret" security clearance, which in the past has excluded marijuana users while pot remains a federally controlled substance.

The forthcoming guideline changes mark the latest in Biden's painfully slow acceptance of the fact that legal weed is not only largely harmless, but is the sort of inevitability that will need accommodations rather than hostile opposition. While Biden was initially one of the main animating forces behind the 1994 crime bill that set, among other things, mandatory minimum prison sentences for marijuana convictions, he has since softened his stance on pot, opting to push the incremental — and largely dissatisfying — policy of decriminalization and reclassification of cannabis on the federal level, rather than full legalization. But others in Biden's orbit have been decidedly more forthcoming about their support for legal pot.

"We should diversify our funding streams for education, and not just rely on one," Interior Secretary nominee Deb Haaland, currently a congresswoman for New Mexico, explained during her confirmation hearing. The remark came in response to an attempted ambush from Republicans, eager to trip her up by referencing her 2018 congressional campaign, in which she pushed for legal marijuana as an option for school funding in New Mexico.

But federal legalization, or even just decriminalization, aside, Biden's proposed guidelines change is ultimately an acknowledgement that jurisdictional quibbling aside, as more states legalize pot, the qualified and interested pool of potential federal employees could be adversely affected.

"President Biden is committed to bringing the best people into government — especially the young people whose commitment to public service can deepen in these positions and who can play leadership roles in our country for decades to come," an unnamed White House official told NBC News. "The White House’s policy will maintain the absolute highest standards for service in government that the president expects from his administration, while acknowledging the reality that state and local marijuana laws have changed significantly across the country in recent years."

In other words, if you're someone who's smoked a little pot, and now wants to work for someone who still doesn't want to legalize it, you're in luck.