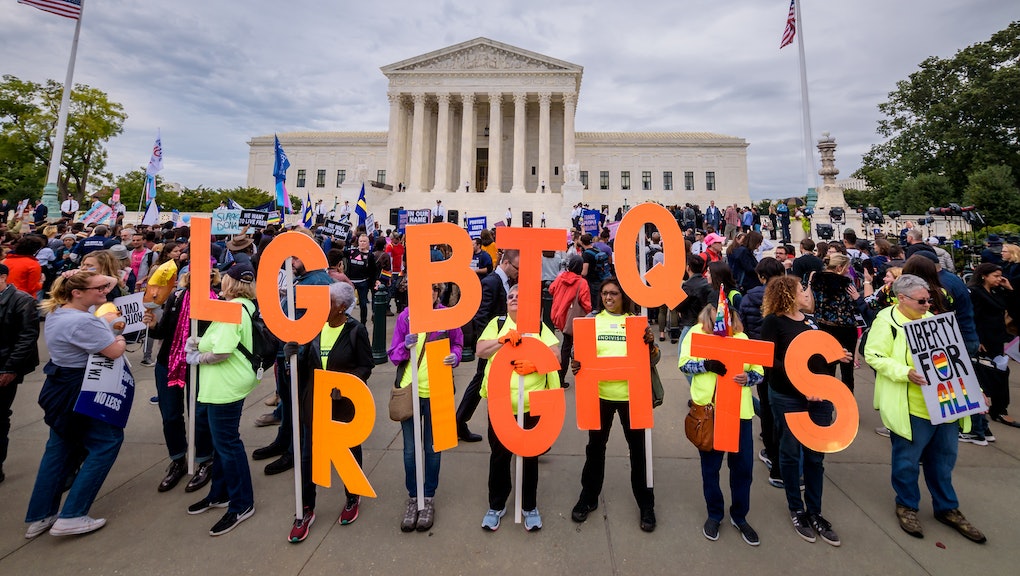 Just hours after taking the oath of office Wednesday on Capitol Hill, President Biden got to work, issuing a sweeping nondiscrimination order aimed at expanding federal workplace protections for the LGBTQ+ community.

The order — heralded as "the most substantive, wide-ranging executive order concerning sexual orientation and gender identity ever issued by a United States president" by Alphonso David, president of the LGBTQ+ advocacy group Human Rights Watch — is a far-reaching edict instructing every federal agency to implement this past spring's Supreme Court ruling in Bostock v. Clayton County, which affirmed that gender identity and sexual orientation are protected under the 1964 Civil Rights Act.

Notably, Biden's order rejects last-minute Trump administration efforts to stymie the Bostock ruling, including a memo from former Education Secretary Betsy DeVos released just days before her tenure ended, declaring that the Supreme Court's decision did not affect areas under her purview. Indeed, enshrining discrimination against the LGBTQ+ community — particularly transgender people — was a hallmark of the Trump administration, made most clear perhaps by the former president's notorious ban on transgender troops in the military.

By signing his order on Day 1 of his presidency, Biden no doubt intended to send the unambiguous message that the previous administration's explicit and implicit biases against the LGBTQ+ community were firmly a thing of the past. And importantly, the Biden order made a point of highlighting the intersectional issues at play in this area.

LGBTQ+ advocacy group Lamda Legal praised the president's action, saying it "sends a clear signal from the administration that starting on Day 1, they intend to return to the rule of law and are committed to enforcing the civil rights of LGBTQ people and we enthusiastically welcome it."

More like this
A Philly foster agency can continue discriminating against LGBTQ families, SCOTUS rules
By Rafi Schwartz
The Biden administration just re-extended federal protections to trans students
By Rafi Schwartz
Supreme Court justices' political leanings: A guide to the 2021 court
By Vanessa Taylor
Stay up to date