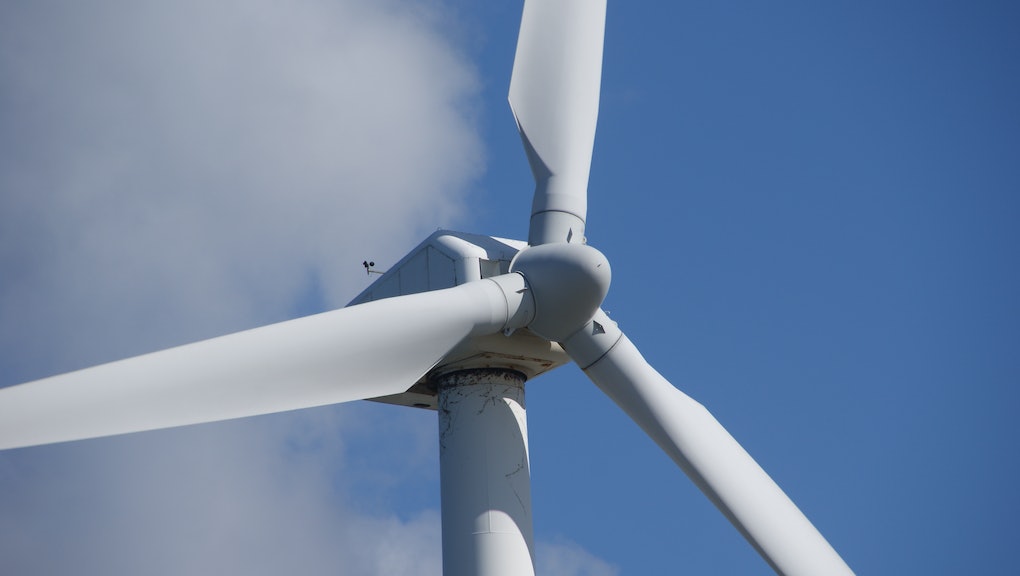 Martha's Vineyard attracts plenty of windbags, but few of them actually contribute anything of value. That is about to change. On Monday, the Biden administration gave its stamp of approval for the construction of a wind farm to be built 12 nautical miles off the coast of Martha's Vineyard, the island off the coast of Massachusetts best known for harboring upscale prep. The massive clean energy project is now pending approval from a few different agencies, but should it go forward, it will become the country's first and largest commercial-scale offshore wind farm.

The $2.8 billion Vineyard Wind project, led by energy companies Avangrid Renewables and Copenhagen Infrastructure Partners, proposes that 84 wind turbines be built off the coast of Cape Cod in Massachusetts. The turbines are expected to generate about 800 megawatts of electricity, which would be enough to power about 400,000 homes per year. Cables buried 6 feet under the floor of the ocean will connect the wind farm to the larger New England grid, where it will start providing renewable energy power by 2023.

The Vineyard Wind project is a long time coming, both in terms of need and in how long it has taken to actually get this plan off the ground. Currently, the United States only has just one significant offshore wind farm: five turbines that generate about 30 megawatts of energy located off the coast of Rhode Island. This palty offering is despite the fact that the country is actually ripe for massive wind power generation; the Department of Energy estimates that there are about 2,000 gigawatts of potential wind energy on the country's coasts that are just waiting to be harvested. To put that into context, if we were to harness all of that wind power, it would be enough to meet the entire country's annual energy needs four times over.

The U.S. is starting to make progress on tapping into this essential clean energy resource. Connecticut, Maryland, Massachusetts, New Jersey, New York, and Virginia have all made pledges to pursue offshore wind electricity energy by 2035. But the challenges of getting the Vineyard Wind project up and running mirrors one of the biggest obstacles of establishing wind farms in general: rich people.

The Vineyard Wind project was first proposed two decades ago and easily could have been providing clean energy to the East Coast for years now, but owners of waterfront property near bougie Cape Cod threw a fit about the idea of turbines going up next door. So, they used their significant influence and seemingly endless reserves of cash to kill the project. Even the Kennedy family, which owns a compound on Cape Cod, objected to the construction, as did noted Republican megadonor William Koch. It turns out blocking progress becomes a bipartisan issue if it's going to obstruct your million-dollar view.

This outcome has not been limited to Martha's Vineyard, either. Fights over the construction of wind farms across the country have often come down to NIMBYs objecting and ultimately getting their way. Clean energy projects in New York and California have been shot down by folks who have decided that simply seeing a wind turbine or solar panel in their backyard is not worth the renewable energy that it would provide.

These objections are perhaps most exemplified by Donald Trump. The former president regularly railed against clean energy for everything from killing birds (something that does happen, but nowhere near as often as he claimed) to destroying property values, which is simply not true.

While NIMBYs complain about how clean energy generators look, low-income families and marginalized communities feel the actual effects from the dirty-burning energy sources that we rely on. Air pollution from these plants regularly produces worse health outcomes for those who live near them. That’s far worse than a turbine in the distance sneaking into the view from your McMansion.