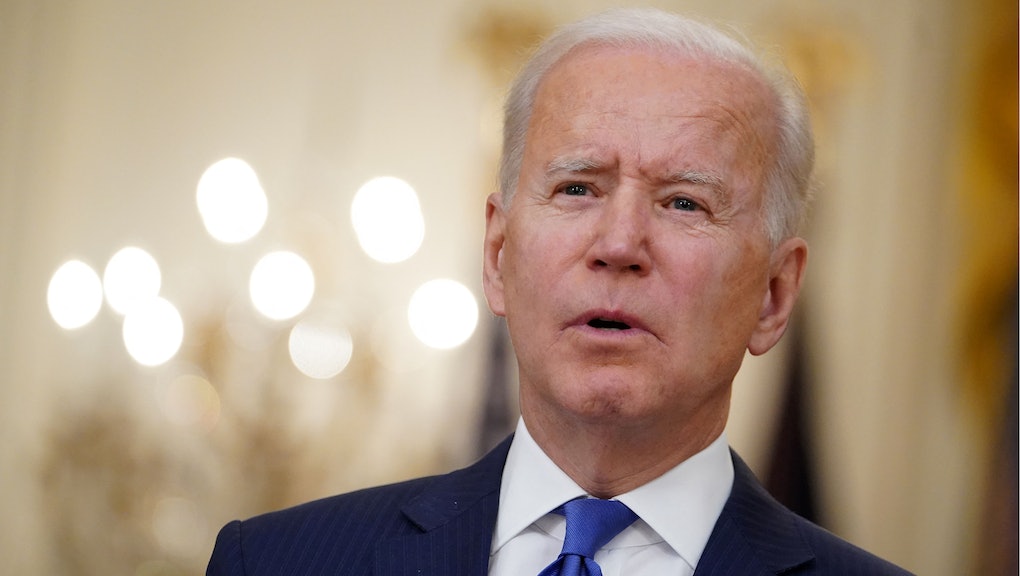 Although Title IX is only a short statute in the Education Amendments of 1972, survivors of sexual violence and harassment have come to rely on it for their safety. That's why it was so devastating when last year, the Trump administration passed new regulations offering more protection to those accused of sexual misconduct, rather than to the accusers. But on International Women's Day, President Biden ordered a review of the Trump-era changes to Title IX, as part of his broader campaign to ensure gender equality.

Biden's executive order is part of his initiative to establish the White House Gender Policy Council. The order specifically directs Education Secretary Miguel Cardona to review the Title IX rules released by former Education Secretary Betsy DeVos in 2020. As a statute, Title X states, "No person in the United States shall, on the basis of sex, be excluded from participation in, be denied the benefits of, or be subjected to discrimination under any education program or activity receiving federal financial assistance."

But rather than bolster the protection given to victims, DeVos's regulations prompted concern from organizations like the National Women's Law Center that victims would be discouraged from coming forward. The changes under DeVos included narrowing the definition of sexual harassment and requiring that accused students must be given written assurance that they're presumed innocent. In addition, the regulations allowed accused students to use lawyers or legal adviser to cross-examine their victims.

As part of his review, Cardona must determine whether the regulations are consistent with the Biden administration's strategy for gender equality. The Hill reported Jennifer Klein, executive director of the White House Gender Policy Council, said, "It is the policy of the Biden-Harris administration that all students should be guaranteed an educational environment free from discrimination on the basis of sex, including in the form of sexual harassment, which encompasses sexual violence, and including discrimination on the basis of sexual orientation or gender identity."

If the regulations are found to be incompatible with the Biden administration's strategy, Cardona is directed to consider "suspending, revising, or rescinding" the regulations. And although nothing is final yet, it's pretty likely that's exactly what's going to happen. However, the Biden administration will then be tasked with rewriting the rules themselves. It's a process that could potentially take years.

More like this
Trump kept a Gitmo prisoner detained for 5 extra years. Biden has finally freed him
By Rafi Schwartz
Biden's idea of filibuster reform is to bring back painfully long and boring floor speeches
By Vanessa Taylor
A state-by-state list of racist Confederate monuments that have been removed so far
By Vanessa Taylor
Stay up to date