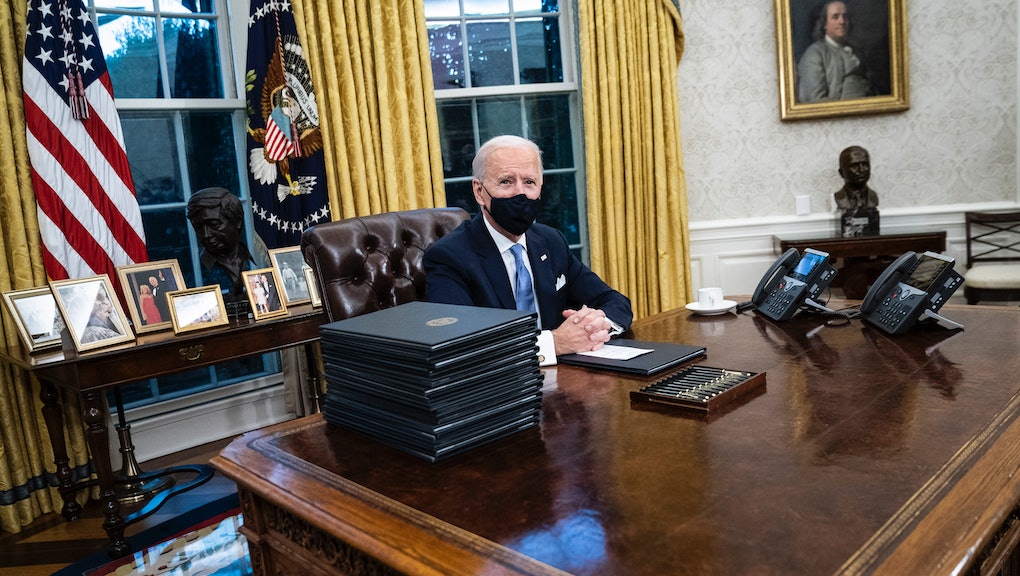 Biden's $1.8 trillion "American Families Plan" is a massive down payment on the future

When President Joe Biden makes his first address to a joint session of Congress on Wednesday evening, he is expected to unveil an expansive plan to invest nearly $2 trillion in a suite of domestic initiatives designed to expand education and employment opportunities and benefits for families around the country.

"The American Families Plan" contains a host of spending and tax credit changes that would establish (at least in part), a number of long-sought-after Democratic priorities — like free pre-school for all American children and two years of free community college for anyone interested, including immigrants who were brought to the United States without documentation as children. The plan also increases aid for colleges that serve BIPOC communities, includes funds for teacher training, and creates a national paid family and medical leave program — the latter of which, the White House noted in a press release, would "bring the American system in line with competitor nations that offer paid leave programs." As it currently stands, the U.S. is woefully behind on that front.

"Alongside the American Families Plan, the president will be proposing a set of measures to make sure that the wealthiest Americans pay their share in taxes, while ensuring that no one making $400,000 per year or less will see their taxes go up," the White House said in the press release.

Specifically, the plan will be financed by returning tax rates for the ultra-wealthy to pre-2017 levels, prior to the GOP's wildly lopsided tax bill. It will also be funded by an $80 billion infusion for the IRS, intended to help the beleaguered agency bolster its capacity for auditing — and, ultimately, collecting from — America's super-rich.

The American Families Plan comes on the heels of the Biden Administration's previous far-reaching initiatives, designed as a response to the societal and economic upheaval exacerbated by the Coronavirus pandemic.

"It is not enough to restore where we were prior to the pandemic," the White House explained. "We need to build a stronger economy that does not leave anyone behind."

Of course, with Democrats' narrow majorities in both the House and Senate, it remains unclear if the American Families Plan will actually make it through Congress intact.

More like this
In his first address to Congress, Biden took on the country's vices: guns and police brutality
By Rafi Schwartz
Biden has hit his 100th day in office. So what's next?
By Rafi Schwartz
Americans are feeling something weird and unfamiliar: optimism
By AJ Dellinger
Stay up to date