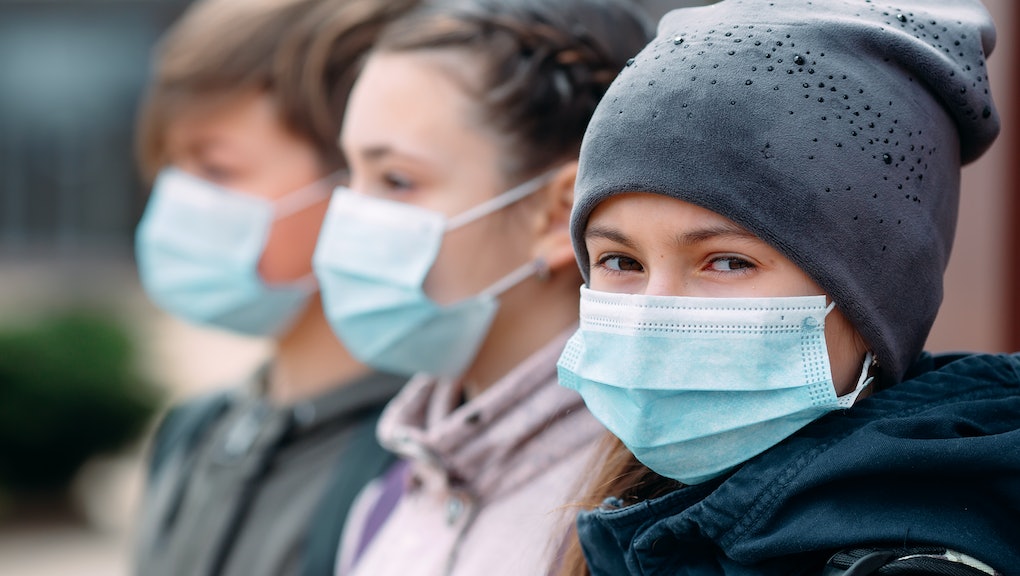 Biden's new tax credit could lift millions of children out of poverty. Here's how

The coronavirus pandemic has undoubtedly been difficult for adults as many find themselves struggling to pay for basic necessities like rent and food. However, children are not escaping the pandemic unscathed either, enduring distanced learning and lacking the extracurriculars they used to enjoy, like after-school sports or indoor playdates. Luckily, the whopping $1.9 trillion American Rescue Plan, which President Biden signed into law last week, is looking out for the kids too. The long-awaited relief package not only includes additional direct stimulus payments, but also a child tax credit that could dramatically change the landscape of child poverty in the United States.

Fun fact: The U.S. has had a child tax credit since 1997. It first began as a $500 nonrefundable, per-child credit, but it's been toyed with throughout the years. Last week, Biden made yet another change when he signed a temporary expansion of the child tax credit. For one year, the maximum yearly credit per child will increase from $2,000 for kids up to 16 years old to $3,600 for kids under 6 and $3,000 for children ages 6-17.

The expansion of the child tax credit (CTC) has been less of a focus in the latest stimulus bill than its other provisions, like a third stimulus check and extended unemployment benefits. But experts recognize how consequential the new credit could be. In an email, Alexandra Cawthorne Gaines, the vice president of the poverty to prosperity program at the Center for American Progress, a left-leaning public policy research and advocacy organization, told Mic that "this is a revolutionary policy for fighting poverty at a time when financial anxiety is high."

"The CTC expansion is not only about poverty reduction," Gaines said, but also about "leveling the playing field by creating a more inclusive benefit that values the work all parents do in raising children regardless of their employment or marital status."

Making the CTC more inclusive is a huge part of its promise. The American Rescue Plan did way more than just boost the overall credit payment. In the past, the CTC was given out as a single lump sum at tax time. But starting this summer, eligible families can receive monthly checks. The money can be spent as parents see fit — as opposed to more restricted safety net programs, like food stamps or child care benefits — and it's available to low-income families who may not have qualified for child-based assistance before.

Of course, there are limitations to the CTC. Individuals and couples earning above the $75,000 and $150,000 income caps, respectively, aren't eligible for the full tax credit. Above those thresholds, the credit is reduced by $50 for every additional $1,000 earned. As CNBC broke down, that means that the $3,000 credit for a child ages 6-17 would be phased out entirely for individuals making over $95,000 and couples making over $170,0000.

Even with its financial caps, the revamped CTC is still a potentially massive boon. In 2019, 10.5 million children were living in poverty in the U.S., per the Pew Research Center, which is somehow a record low. And with the pandemic, all of that progress is at risk. A study from Columbia University found that after the coronavirus relief measures implemented by the CARES Act last March elapsed before Congress passed another package, "increases in monthly poverty rates [were] particularly acute for Black and Hispanic individuals, as well as for children."

Gaines told Mic that "roughly 93% of all children in this country will benefit from this plan. In total, those changes will nearly triple the poverty-fighting effects of the CTC, reaching 23 million children who have been left out." Not only that, but the policy alone could lift 4 million children out of poverty, Gaines said, and "cut deep child poverty in half. There are also significant impacts on racial disparities — the changes to the CTC will cut poverty for Black children by 54%, Hispanic children by 45%, and Indigenous children by 61%."

The expanded CTC won't come cheap. Per CNN, it's projected to cost roughly $110 billion in total, according to the Committee for a Responsible Federal Budget. If the expansion was made permanent, as Democrats like Senate Majority Leader Chuck Schumer are pushing for, its estimated cost could top $1 trillion in the course of a decade.

Many argues that the benefits of the expanded CTC would seem to outweigh any price tag that could come with it; progressives and liberals are celebrating the possible reduction in poverty, while even some social conservatives appreciate it as a method of supporting the traditional family and incentivizing children, The New York Times noted. Libertarians can even appreciate its existence as a monthly sum unattached to any particular spending restrictions, the Times said, and overall rebuttal to such an ambitious program has been relatively muted.

"Marriage is not a panacea for poverty."

Of course, the policy has come under fire from some who claim that it will somehow disincentive people from working. But, as Gaines said, these arguments are "detached from the difficult realities that families with low-incomes navigate each day." For starters, the notion that the CTC would make people stop working shifts the focus to adults. It doesn't really consider the entire point of the tax credit: children.

"Research has shown that even short stints in poverty cause lasting harm for children — leading to less education, poorer health, and lower earnings in adulthood," Gaines explained. "Poverty itself causes poor outcomes for kids — and subsidies like the CTC expansion will ultimately improve child wellbeing."

In addition, Gaines pointed out that if a parent is already working, this tax credit probably wouldn't make them stop. While an extra $3,000 a year is beneficial in terms of reducing poverty, that's not the type of money you quit your job over. Instead, Gaines predicted that families will use it to "catch up on bills and meet their basic needs." And given that we're talking about parents, that may look like using the tax credit to pay for child care — the costs of which have jumped by 47% due to the pandemic — so that they can head to work knowing that their kids are safe.

As for conservative claims that the CTC will stop people from marrying so they can qualify?

"Marriage is not a panacea for poverty," Gaines said. "But economic stress certainly takes a toll on relationships and increases the likelihood of separation among couples who are struggling financially." And maybe, just maybe, it's worth holding the government accountable to its fundamental task of caring for constituents, rather than hoping they all marry each other in a desperate attempt to stave off financial ruin.

More like this
Guess how much Trump's companies made during his presidency!
By Rafi Schwartz
Should public transit be free?
By Andy Crump
Biden's idea of filibuster reform is to bring back painfully long and boring floor speeches
By Vanessa Taylor
Stay up to date