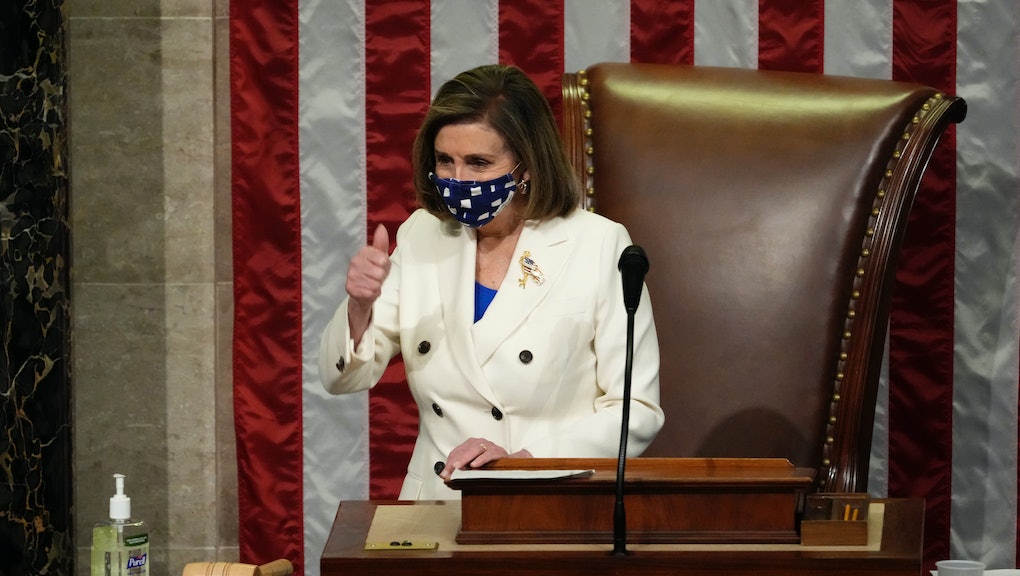 Hard as it may be to believe in these weird and dark days of political gridlock and the sour aftertaste of the incompetence (at best) and maliciousness (at worst) of the Trump era, but against all odds, the legislative branch of the United States actually managed to do something popular. And not just popular, but actually good too.

With just one defector joining the lockstep opposition from the Republican caucus, House Democrats on Wednesday passed the $1.9 trillion American Rescue Plan — the massive COVID relief bill that will send direct stimulus payments to millions of households, in addition to setting in motion a wide range of other economic jumpstarts, including unemployment benefits, tax credits, and expansions to the social safety net that are expected to cut child poverty in the United States down by as much as half its current level.

Incredibly, the bill's final passage in the House — the last hurdle before it goes to President Biden's desk — marked the last opportunity for Republicans to get onboard with what has proven to be an incredibly popular piece of legislation. And yet, not one single GOP lawmaker in either chamber of Congress stepped forward to put their name toward one of the most consequential bills in recent memory.

The staunch GOP opposition to the relief bill is striking — albeit depressingly not surprising — given the American Rescue Plan's overwhelming popularity among the public. According to the Pew Research Center, 70% of adults support the bill, with nearly half of Republican respondents in favor. Perhaps more crucially, more than half of respondents said they believed Biden had negotiated the bill in "good faith" with Republicans, while fewer than half said the same thing about Republican leadership.

And that's on the lower end of things. A separate Politico/Morning Consult poll released the morning of the House vote saw a full 75% of the country either strongly or somewhat supported the relief package, including more than half of Republican respondents.

Of course, with the Democrats poised to enact what could well be the most significant bill of the Biden presidency, Republicans have suddenly, unsurprisingly, rediscovered their love of deficit-hawking. To wit: Louisiana Sen. John Kennedy told reporters that the massively popular, potentially nation-altering bill that could lift millions of children out of poverty, help reignite the economy, and deliver much-needed relief to COVID-stricken communities around the country is "an example of why the aliens won’t talk to us."

Because, if there is intelligent life out there in the cosmos, it's definitely the sort of intelligent life that respects spreadsheets about budget deficits more than the wellbeing of other living things, right?

In a brief statement celebrating the final passage of the bill, Biden acknowledged the bill's widespread support across political divisions among the public, saying that "the American people's voice has been heard." He plans to sign the bill into law this Friday at the White House.

More like this
Arkansas's governor is very sorry he engineered a COVID surge in his state
By Rafi Schwartz
Biden's idea of filibuster reform is to bring back painfully long and boring floor speeches
By Vanessa Taylor
More than 200 GOP lawmakers asked the Supreme Court to overturn Roe v. Wade
By Rafi Schwartz
Stay up to date