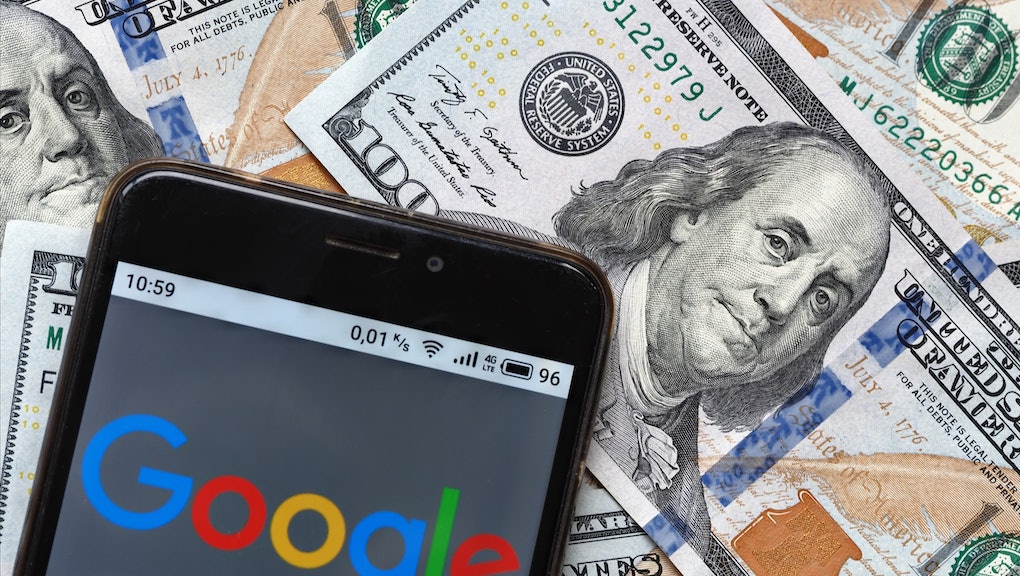 Tech companies faced an unprecedented onslaught of congressional oversight and federal legal action this year. But they hardly sat by and watched. In 2020, tech companies went on the offensive, pouring millions into supporting California’s Prop 22, funding Democratic candidates and super PACs through individual mega-donors, and using lobbyists to try and sway legislation behind the scenes.

The push into politics mirrored lawmakers’ increased interest in regulating big tech platforms. In fact, if Republicans and Democrats agreed on anything this past year, it was that tech companies wield too much power. There was a damning congressional report alleging anti-competitive practices. The U.S. Department of Justice filed an antitrust lawsuit against Google in October — and two months later, two other suits were filed within a day of each other by separate coalitions of attorneys general from states including Texas, Arkansas, Missouri, Utah, and New York, as well as from Washington, D.C., and Guam. The Federal Trade Commission, meanwhile, joined with more than 40 states to sue Facebook, accusing the company of buying up its competition and creating an illegal monopoly.

But tech companies pushed back, most notably in California, where they used unprecedented cash and campaign techniques to pass a ballot initiative beneficial to their bottom line.

A glimpse of the future in California?

Last year, California passed a law that would likely have required companies like Lyft, Uber, and Instacart to give full employee benefits to their drivers. In 2020, ride-share and delivery startups responded with a massive—and successful—campaign to pass Proposition 22, a ballot initiative that explicitly allows companies to continue classifying ride-share drivers as independent contractors rather than employees. Uber, Lyft, Instacart, DoorDash, and Postmates spent more than $200 million in donations to the Yes on 22 committee, 10 times more than opposing groups, making Prop 22 the most expensive ballot measure in California history.

That money paid for a glut of advertising and helped the initiative pass with 58 percent of the vote. (There were also some interesting promotional campaigns along the way.)

In the wake of such a decisive victory, companies have indicated they’ll try for similar laws to Prop 22, perhaps using similar tactics, around the country and even internationally.

A record year for federal lobbying

Amazon and Facebook spent large amounts behind the scenes this year lobbying federal lawmakers, while Google, usually a top spender, dialed things back.

The search giant cut lobbying expenditures by nearly half in 2019 and is spending even less in 2020. Facebook, on the other hand, invested millions to become the biggest lobbyist of the major tech companies. In 2019 it shelled out a record $16.7 million in lobbying efforts. Facebook is on pace to top that amount in 2020, advocating against federal laws like the EARN IT Act, which could threaten encrypted messaging, the Honest Ads Act, which would require more transparency about political ads online, and on behalf of the CARES Act, the first pandemic stimulus package.

Similarly, Amazon has steadily increased spending on lobbying every year since 2013 and last year laid out $16.8 million. Like Facebook, Amazon is also on track to make 2020 its biggest lobbying year yet, having spent almost $13.8 million in the first three quarters of the year advocating for a number of interests, including hurrying up federal approval for drone deliveries and encouraging grants from the U.S. government to make it easier for federal employees to work from home.

The pandemic has also heated up tech lobbying efforts in states. The New York Times reported that firms representing companies including Twitter, Facebook, and Google pushed California attorney general Xavier Becerra to wait to enforce the state’s new online privacy law, though the state says it still plans to move forward and begin enforcing some parts of the law in early January. And along with Lyft and Uber, Amazon has been pushing governors and federal health officials for early vaccine access for employees who work in warehouses or deliver groceries. “We are proud of the role that our essential employees have played this year to help our customers stay safe and receive important products at their home,” wrote Dave Clark, Amazon’s senior vice president of worldwide operations, in a letter to the Centers for Disease Control. He went on to request that the CDC “continue to prioritize these essential workers who cannot work from home.”

Political contributions from tech companies, executives, and employees topped $87 million this election cycle, more than double what the sector spent on the 2016 election.

And the sector heavily favored Democrats. Alphabet gave the most — more than $21 million — almost entirely to Democratic candidates and PACs. Amazon, Netflix, and Facebook were the next biggest contributors, but each donated less than half of Alphabet’s enormous total.

Through their PACs, Google, Amazon, and Facebook each spent on campaign contributions during the 2020 election cycle, but none of the PACs contributed to either presidential campaign, and each distributed that money nearly equally between Democratic and Republican candidates and state campaign committees. (Apple doesn’t have a company PAC.) Amazon’s PAC donated $2 million this cycle, the Google Inc PAC around $1.9 million, and Facebook’s just under $525,000.

“The main reason that business PACs donate is probably to get access to important members of Congress, which is why PAC contributions go overwhelmingly to incumbents,” Andrew Mayersohn said in an email to The Markup. Mayersohn, a researcher at the Center for Responsive Politics, which maintains OpenSecrets, a public database of campaign contributions, said that because elections have gotten so expensive, even the maximum PAC contribution—usually around $10,000 an election cycle—is only a tiny fraction of the amount that a competitive campaign requires. “I doubt that companies are under the illusion that their donation will swing an election,” he wrote.

Mega-donors continue to be a force

Dustin Moskovitz, a co-founder of Facebook and CEO of Asana, gave more than $20 million to Future Forward, a Democratic PAC that spent nearly $100 million on pro-Biden ads. Reid Hoffman, a co-founder of LinkedIn, gave thousands to individual Democratic candidates running in races across the country, such as John Ossof and Raphael Warnock in Georgia and J.D. Scholten in Iowa. He also gave millions to super PACs like Unite the Country, which backed Joe Biden. But Hoffman’s biggest impact may have been as a “bundler,” someone who elicits $25,000 or more in donations from wealthy friends and connections. According to reporting by Recode, Hoffman was one of the Democratic Party’s top fundraisers, inducing other billionaires to give millions to candidates and state Democratic parties.

Eric Schmidt, the former Google and Alphabet executive, also gave to candidates across the country, as well as donating more than $2.5 million to the Democratic super PAC Future Forward and giving more than $120,000 to Democratic committees in swing states like Florida, Pennsylvania, Texas, Arizona, and North Carolina.