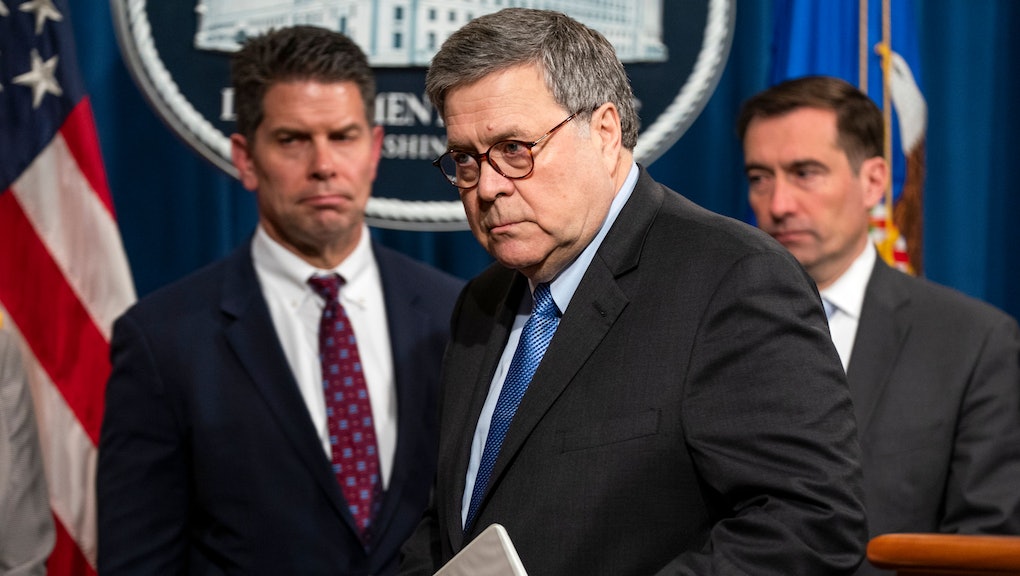 The Justice Department is on a collision course with Apple after Attorney General William Barr asked the tech giant to provide access to two phones used by a gunman who went on a murderous rampage at a naval base in Pensacola, Florida last month. Barr asked Apple on Monday to hand over access to the phones so that investigators can determine whether or not the gunman, a Saudi soldier named Mohammed Saeed Alshamrani who was training with the U.S. military, was coordinating with terrorist groups to plan the attack, which killed three sailors.

“This situation perfectly illustrates why it is critical that the public be able to get access to digital evidence,” Barr said, according to The New York Times, adding that he feels as if Apple has not offered “substantive assistance.”

“We call on Apple and other technology companies to help us find a solution so that we can better protect the lives of Americans and prevent future attacks,” he concluded.

Apple provided the Justice Department with information from Alshamrani’s iCloud account, but has not unlocked his phones. The tech company takes specific pride in its phones’ encryption and has denied access to investigators on privacy grounds; the company promises buyers that its phones are secure, and granting access to the government would undercut that claim. Barr has argued that access is essential because “the evidence shows that the shooter was motivated by jihadist ideology,” citing social media posts by Alshamrani as evidence and noting that the shooter recently visited the 9/11 memorial in New York City. He also posted jihadist words on social media shortly before attacking the base.

Notably, Alshamrani is reported to have tried to destroy his phones before the Florida attack, leading investigators to believe they may contain valuable information.

This isn’t the first time that the tech company has denied a request by the government in the name of privacy. In 2015, after a shooter killed 14 people in San Bernardino, California, Apple refused to unlock his phone. The government was eventually able to crack into the phones by hiring a private security firm, which caused Apple to tighten its encryption.

This has set the company on a path towards confrontation with Barr. After all, the Alshamrani case is just one example of a larger issue, in which the Justice Department believes that it should have the right to access any encrypted device it wants, and Apple is loathe to comply. Just last month, Barr announced that trying to defeat encryption was one of his department’s top priorities, in response to Facebook's encrypted messaging service WhatsApp.

Apple, meanwhile, is unlikely to budge, according to the Times. That means that whether or not Barr is able to find a way into Alshamrani’s phone, we can expect similar standoffs over access to iPhones in the future.