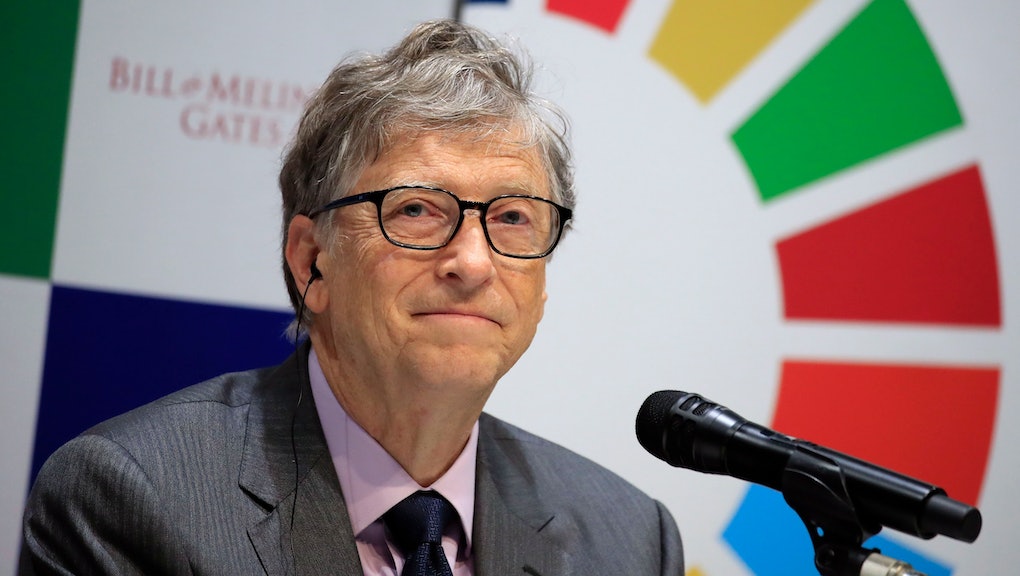 Bill Gates, the infamously rich founder of Microsoft, is putting his words about climate change to paper. He's working on writing a book, titled How to Avoid a Climate Disaster, with the hopes of releasing it by June 2020. The book will detail his recommendations on how local, national, and international entities can hit zero carbon emissions to help fight against the effects of climate change.

According to a statement reported by the Associated Press, Gates claims he would like to help “build the technologies, businesses, and industries to avoid the worst impacts of climate change.” To do so, the Bill and Melinda Gates Foundation has pledged $310 million towards a project that will help over 300 million small farmers around the world adapt to climate change. These farmers are already particularly vulnerable to recent extreme weather events, and the loss of their crops can damage the food supply of their local communities. In total, thanks to donations from the World Bank and other European governments, the contributions to help farmers have reached $790 million.

Gates has been eyeballing climate change as a serious concern for some time now. He's written many blog entries and made videos addressing climate change concerns such as creating new technology and innovating current ones to produce less carbon emissions. He's detailed current and foreseeable problems that may arise as mankind switches from fossil fuels to clean energy, and proposed possible solutions that could help with the growing pains. He has invested in companies that are trying to slow down the rate of global warming. Gates has also tried to ensure the climate change message is addressed to the entire international community, not just the U.S.

"The world’s middle class has been growing at an unprecedented rate," he wrote last year, "and as you move up the income ladder, your carbon footprint expands." Living a middle class life comes with many lifestyle and health improvements, but it still comes with the downside of damaging the Earth.

"This is undoubtedly a tough problem," he admitted in his blog. "Most likely we will need several solutions to each challenge. That is why we need to invest in lots of research and development ... now."

Gates's blog entry about his plan for fighting climate change is likely a short summary of what readers might find in his book. His information about breaking down the major contributors of greenhouse gases, the difficulties that can arise while switching to clean energy, and the need for further research and development is clear and understandable — though urgent.