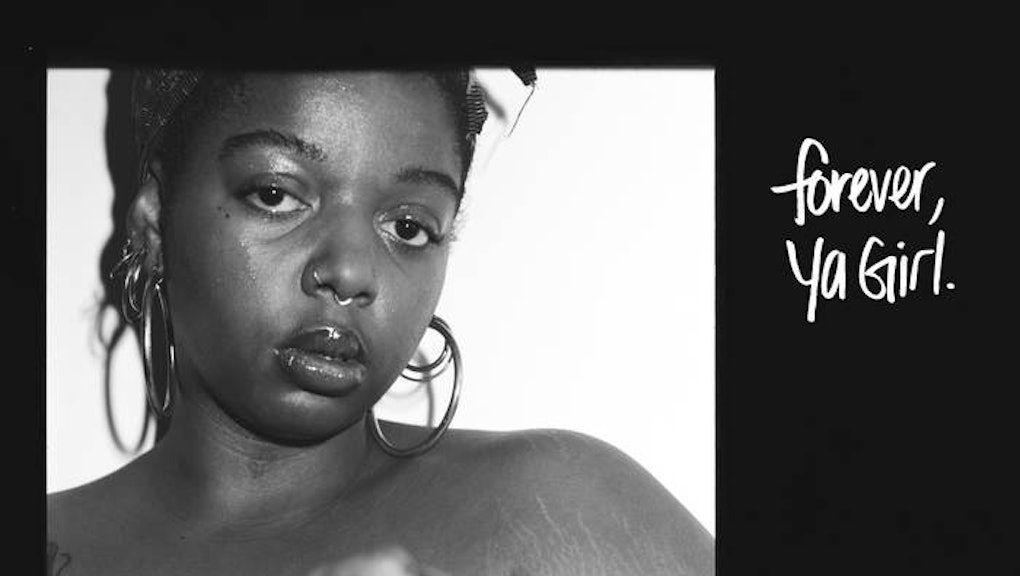 Black artists and charities to support on Bandcamp day

America is in revolt. In the week since George Floyd was killed by police in Minneapolis, thousands have marched in all 50 states to protest racist policing. Although Tuesday was deemed the Music Industry Blackout, it really does feel like all other aspects of life have been put on hold this week, as news coverage and social media is subsumed with gruesome new acts of police brutality and injustice, fueling further protest.

But today is another Bandcamp donation day, in which the platform will cede all of its proceeds to artists and labels. Given the week’s events, a vast number of labels and artists have pledged to donate their share of profits today to Black Lives Matter organizations, bail funds, and other anti-racist charities. Below, you’ll find a list of Black artists and compilations worth supporting on Bandcamp day — many of which are also donating to justice organizations. For a more extensive list, check out this sprawling Google Sheet of more than 1,000 Black artists, labels, and producers, with links to their Bandcamp pages.

The Chicago artist, whose strong record BRAT came out earlier this year, is back with a new EP for Bandcamp day. NNAMDÏ’s latest is just three tracks of searing, confrontational rage, paired with artwork flipping off a heavily armored cop tossing a canister. The first track, “My Life,” gets right to the core of what looting pearl-clutchers fail to understand: “Macy’s or Human Life?/ Cop car or Human Life?/ Rolex or Human Life?/ You can fix a Target but you can't bring a person back to life.”

The other great rap duo releasing a new album this week, Armand Hammer makes challenging, bristling hip-hop. Elucid and Billy Woods, who released a great pair of albums last year, are masters of dense, harrowing narratives over production that constantly warps and shifts. Their follow-up to 2018’s Paraffin features their widest slate of collaborators yet, including Earl Sweatshirt, Moor Mother, R.A.P. Ferreira, KeiyaA, and more.

Oceanator and Bartees Strange have joined forces for this quick covers benefit EP, with all proceeds going to the New York affiliate of Survived and Punished. Per their Bandcamp, it’s “a coalition of defense campaigns and grassroots groups committed to eradicating the criminalization of survivors of domestic and sexual violence and the culture of violence that contributes to it.” Oceanator’s Elise Okusami tackles Sam Cooke’s “A Change Gonna Come” and the Charles Neblett-penned “If You Miss Me at the Back of the Bus.” Bartees Strange, who put out a great EP reimagining The National classics this year, sings Woody Guthrie’s “Tear These Fascists Down.”

The excellent Detroit deep house producer’s latest album takes direct inspiration from a run-in with police on his own doorstep. Reported for “suspicious behavior” for simply sitting in a van outside of his apartment building, Kenny Dixon Jr. repurposed those anxieties and simmering rage into Taken Away. His latest collection’s both buoyant as ever and deeply reflective in its repurposing of classic funk and soul samples.

Bessie Jones and the Georgia Sea Island Singers — Get In Union

Bessie Jones, one of the most vital gospel and folk performers working in the late 1960s and ‘70s, is inextricable from the preservation of Black American history. Her performances with the Georgia Sea Island Singers dotted those decades, appearing at the Poor People’s March on Washington, Jimmy Carter’s inauguration, and more. The Alan Lomax Archive, which has preserved his sprawling collection of field recordings from the era, first released the Get In Union compilation in CD in 2014. But now, it’s available digitally for the first time today on Bandcamp, with nine new tracks and all proceeds benefiting the NAACP Legal Defense Fund.

This compilation, featuring 22 dance and electronic producers from the tri-state area, was released today to benefit Black Visions Collective and National Bailout. It’s a far-ranging comp, including TAH, James Bangura, MoMA Ready, and more. Black Visions Collective focuses on mobilization efforts and strategic campaigns in the Twin Cities metro area, with the larger goal of forming a national coalition for Black equity.

Proper. — I Spent the Winter Writing Songs About Getting Better

The Brooklyn emo-pop band is the only artist I can think of that’s openly claimed to chase the midpoint between Say Anything and Kanye West. On last year’s I Spent the Winter Writing Songs About Getting Better, Proper. revealed how they’re largely without peers in the emo community right now. These are loquacious, razor-sharp hook machines that exfoliate their anger and discomfort with navigating predominately white spaces in their emo scenes and schools.