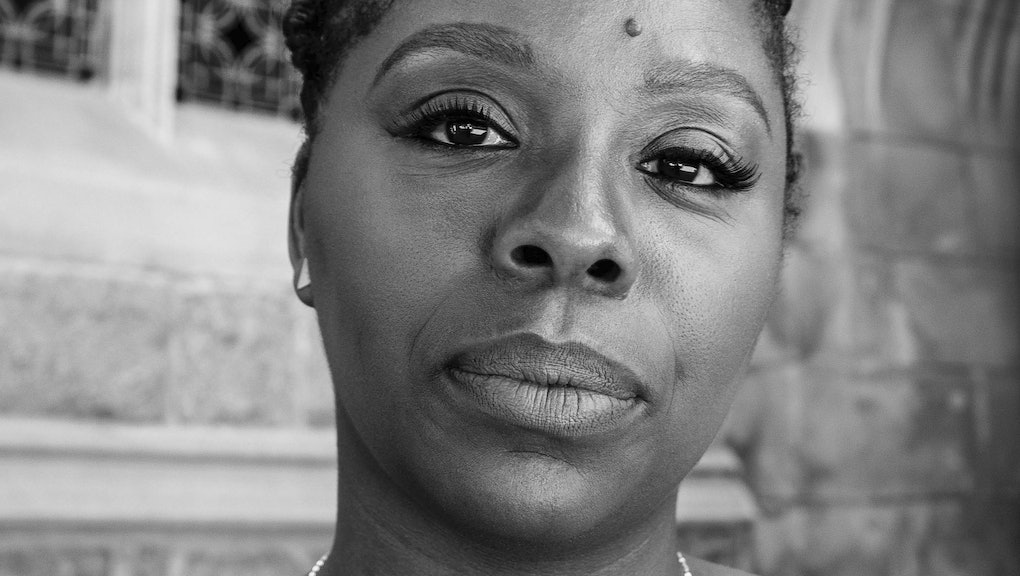 As another World Mental Health Day passes, I think of all the Montes of the world — Black men like my brother who deserve care, dignity, and healing, but who instead face harm, neglect, and criminalization. Last week, I spent a grueling and sleepless 48 hours trying to locate, support, and find my brother — who manages Schizoaffective disorder — adequate mental healthcare. My family and I have spent the last 20-plus years begging hospitals, court systems, elected officials, and law enforcement to change their treatment of people with severe mental illness.

During this time, advocates and organizers have been at the forefront of the cause, trying and change the way the police relate to people with mental illness. We need to protect people with severe mental illness from jails, isolation, and police. Jails are not mental hospitals or outpatient clinics — they are punitive institutions ill-equipped, and often unwilling, to treat unwell people. On this day, and every day, I challenge all of us to imagine a world that pushes forth care and healing instead of punishment.

Right now, in Los Angeles and in most cities across the country, the first responders for people in a mental health crisis is law enforcement. We, unfortunately, have created a system in which those who are suffering the most are harassed, arrested, and often abused — instead of supported.

During the 48 hours, while I tried to help my brother, I was told several things:

My mother and I realized that the police weren’t only the first responders, but the ones given the most resources to respond to a problem that isn’t theirs to solve. Many victims of officer-involved shootings are people with severe mental illness. And if you have an untreated mental illness, you are 16 times more likely to be killed by the police. Ezell Ford, who was living with schizophrenia, was shot in the back by LAPD. Before his death, the entire community looked after him. The LAPD knew exactly what his diagnosis was. This is just one example of how the system has failed people with mental illness, as well as their families.

Jails are not mental hospitals or outpatient clinics — they are punitive institutions ill-equipped, and often unwilling, to treat unwell people.

Specific days that bring awareness to mental illness are important. But I challenge all of us — the court systems, elected officials, hospitals and law enforcement, in particular — to focus, everyday, on transforming the current mental health care system by investing in a model of care that values the full human experience.

We need a system that believes in the dignity of human beings, one that restores the lives of people with mental illness instead of destroying them. Mental illness is not a felony. I want those of us whose families manage severe mental illness to be able to rely on a mental health care system that is no longer intertwined with law enforcement.

Patrisse Cullors is an artist, activist, a co-founder of the Black Lives Matter movement, and founder and chairperson of Reform L.A. Jails.