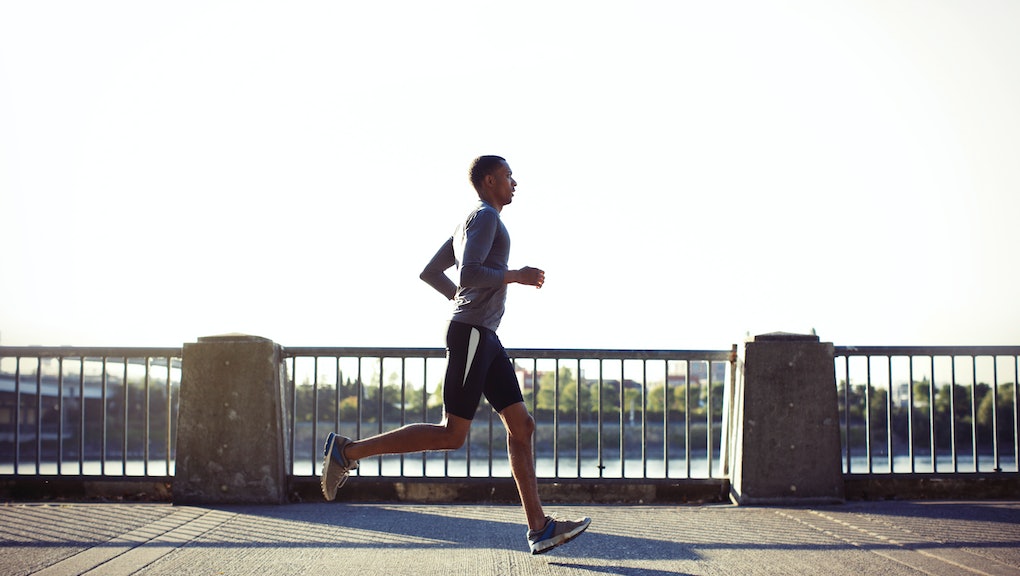 The exact number of Black people killed by lynchings in the United States is difficult to know. Historians acknowledge that these deaths are vastly undercounted but the Equal Justice Initiative estimates 4,084 racial terror lynchings took in twelve southern states between 1877 to 1950, and another 300 outside of them.

While the United States tries to behave as if lynchings are a thing of the past, the very public, and often brutal, murders of Black people continue today. Some may call them "modern day lynchings" and others will argue that lynchings are already modern; that there is nothing inherently "past" about them. Either way, the February murder of 25-year-old Ahmaud Arbery in Brunswick, Georgia aligns with lynching's violent legacy.

Former Glynn County Police Department officer Gregory McMichael and his son, Travis McMichael, allegedly stalked Arbery during his usual jog through a suburban neighborhood. The two say they believed he was connected to local break-ins (these claims were not substantiated). During a confrontation, Arbery was shot and killed. It took two months and a leaked video for the shooting to gain national attention.

Since the video leaked, people have gone online to share their feelings about the case. Hashtags like #IRunWithMaud, where people shared their 2.23 mile runs on what would've been his 26 birthday, exploded in popularity. But across North America, the horrifying details of Arbery's murder resonate because they aren't unique.

Black people are no strangers to the behavior exhibited by the McMichaels or being in areas where they may "look" suspicious. Many Black people have to navigate seemingly innocuous hobbies or activities with a deep awareness that they may feel threatening to someone for no reason other than their skin color. To speak to this reality, five Black joggers shared how Arbery's death has impacted them, as well as how running has always been different and more dangerous for them.

I am a second generation Ethiopian who grew up in a predominantly white area, constantly feeling the weight of my “otherness.” The only refuge I found was outdoors, surrounded by the stillness of trees and lakes. As I got older, I began running to manage my anxiety. Therapy and gyms were always too expensive or inaccessible without a car in my area. Running outdoors became my only means of coping with the struggles that I did not have the language to communicate at that time in my life.

I have no words to adequately communicate the pain, anger, and heartbreak I feel about Ahmaud Arbery’s death. His death is another grim reminder of the violent lengths racism will go to police Black bodies. I run when I experience unspeakable pain but, for several days following the news of him being murdered, I chose to be still.

I feel enraged that my safety is contingent upon my invisibility.

As a Black woman, I honestly try to stay as unnoticed as I can while running. I cannot help but feel enraged that my safety is contingent upon my invisibility. In a world where exercise and wellness has been turned into a violently segregated industry, the outdoors is the only space I have to exercise. Gyms are too expensive, exercise equipment is too expensive, and the list goes on...The “outdoorsy” and exercise community prides itself on inclusion, but has only perpetuated this country’s desire to separate Black and brown people from our God-given earth.

My grandfather was born in Mississippi in 1954. At a young age he told me stories of witnessing lynchings, being assaulted, berated, and all kinds of horrible things white people were doing to Black people during that time.

So, when it comes to the death of Ahmaud ... I can’t help but think about what thoughts were going through his mind before he laced up his shoes and walked out the door that day. I can’t help but wonder if they’re the same thoughts that go through my mind when I put on my shoes to go running.

I never go for runs in neighborhoods I don’t know. You never know how white people will react to seeing a Black man running down their street. I’d rather run around my block 30 times than run in an unfamiliar white neighborhood. I’ve cut runs short before because I’ve seen cops circling streets that I’ve been running on, and I'd rather stop my run a few miles short than roll the dice dealing with police. Or, the worst, running when the suns going down.

It’s a grim reminder that your very existence as a Black person in this country puts you in constant danger, and all you can do is continue trying to live the life you want in spite of it.

If white people are scared of a Black man running down their street in broad daylight, who knows what they’ll do if they see you running in the middle of the night. All that being said, I’m not shocked. I’ve seen some people post “Wow, so Black people can’t even go running anymore,” and in my head I’m like, “When could we ever truly safely go running?”

White people in this country have been lynching Black people who have been minding their business since before my grandfather was alive. It’s painful to think that despite all these years of “progress,” I’ll still be telling my grandkids the same cautionary stories that my grandfather told me.

So, as a Black runner, Arbery’s death doesn’t spark any new concerns for me and it doesn’t even really amplify my preexisting ones. It’s a grim reminder that your very existence as a Black person in this country puts you in constant danger, and all you can do is continue trying to live the life you want in spite of it.

I've always done some mild running but it became more serious when I was diagnosed with bipolar disorder. It ended up being a strong source of therapy. Looking back, the first thing I did when when Philando Castille was murdered less than five miles from my home was go for a run.

I started running races about two years ago. The first thing I noticed is how the many of the elite runners are commonly Black. Outside of them, you won't find a lot of other Black solo runners.

I just constantly feel invisible as a runner. I'm already fat, I'm already punk/alternative style, I'm Black. None of these make people think, "That's a runner." This is the first time I've seen the running community event talk much about how racism affects us.

I already have this really bad habit of being a night runner. I don't like running when there are a bunch of people around- especially now, with COVID-19. But when you add that to the fact that I usually wear black or dark colors, then I'm Black...I feel like an accident waiting to happen.

I don't want to change running in the ways that make me the most comfortable. It's a hard enough sport as it is and trying to fight my own self doubt is supposed to be the hardest part of being a runner. Having to be careful when I see my neighbors or, god forbid, a cop car is yet another obstacle that says, "This sport isn't for you."

I've been running since I was in junior high. It has always been an integral part of my life — my stress reliever, my own thinking space, my source of inspiration and discipline.

Despite all this, in every run since high school. I've been more and more conscious of the steps I take. As a Black runner, Ahmaud Arbery's death has been hard to deal with. He took the necessary precautions that I apply in my own running and yet he's no longer here with us.

Because of the constant string of racist killings of Black people who were doing ordinary things in recent years, I've always had a fear in back of mind of going out for a run and not returning, especially at night. I would take precautions like turning on my GPS, bringing my ID, and wearing bright clothing, to become less threatening and announce my presence. Ahmaud Arbery has shown me that I could still end up the same way.

It brings about a sense of frustration, hopelessness, anger, and many other emotions. I find it so sad that I and so many others have to legitimately consider the risks of being outside merely because of the color of our skin and others' perception of it.

For the past four years, I've been advocating for more diversity and inclusion in the outdoor spaces. There's no representation of Black people in the outdoors. I've been working hard to change that narrative. I run a group called Color The Trail, where we do a lot of different stuff.

This continuous narrative where the Black body is great for selling stuff, but it's not worth protecting.

[Arbery's murder] brought to light the fear that's always in the back of our mind. The video hit close to home because a lot of us go running, go on trails, and to be executed like that, to be lynched, was heartbreaking. Because, as much as I'm trying to create inclusive spaces in the outdoors, I have to recognize that Blackness is seen as a threat no matter where we are.

Jogging is something you do for your own [physical] health and mental health. But you can't even do it safely because you pose a threat to somebody simply for existing and having a darker complexion.

As somebody who's a runner and purchases running gear, I also have to say I'm very disappointed by a lot of the brands out there who continue to use the Black body to market and sell running gear. But when it comes to actually speaking out against [Arbery's] lynching, nobody has really come forward and spoken up. That's been the most infuriating and frustrating thing. This continuous narrative where the Black body is great for selling stuff, but it's not worth protecting.