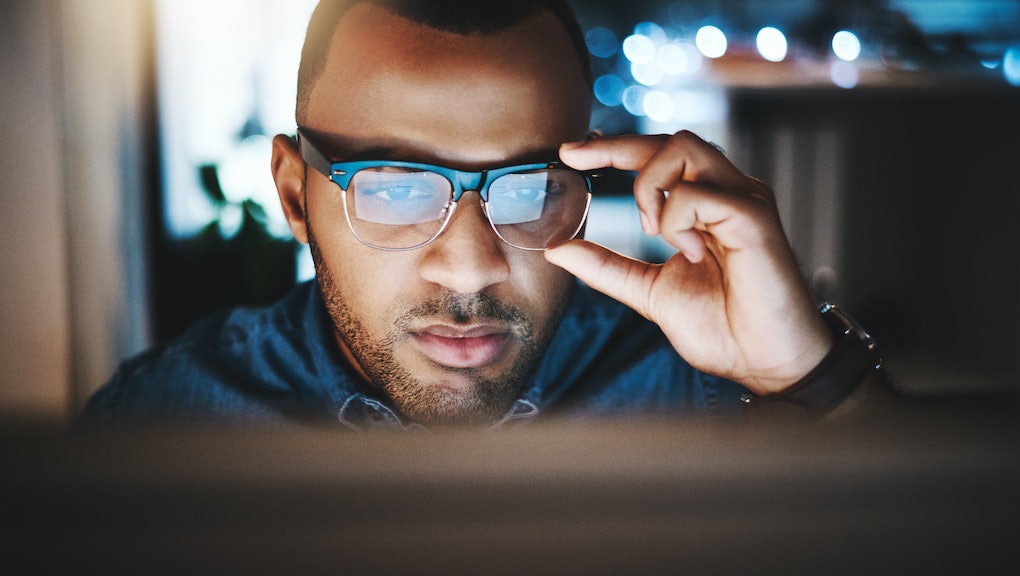 Blue light might actually be better for your sleep cycle, scientists say

Our bodies use light to determine when it's time to go to bed or stay awake. Messing with that system can cause problems like insomnia and sleep deficiency. For years, sleep experts have placed the blame on electronics that emit blue light. These lights, they assumed, were tricking our bodies into thinking it's time to stay awake. However, on Monday, researchers at the University of Manchester published findings from an animal study that could potentially flip this belief on its head — that blue lights are actually better for us at night.

Here's how the experiment worked: Lab mice were exposed to yellow and blue lights that were kept at the same level of brightness for an accurate comparison. The scientists observed how each color of light effected the mice's internal clock. Although research on mice doesn't necessarily mean it's the same for humans — more research on this subject is certainly warranted — the team's results led them to theorize that all the attempts to reduce blue light at night using 'night mode' doesn't actually help.

"We show the common view that blue light has the strongest effect on the clock is misguided," said Dr. Tim Brown, of University of Manchester, in a statement. "[I]n fact, the blue colors that are associated with twilight have a weaker effect than white or yellow light of equivalent brightness."

The scientists theorize this is because daylight is typically a warmer, bright, white or yellow light. On the other hand, twilight is dimmer and more blue. So changing the color of your screen to a bright yellow tint, which is similar to daylight, could actually be confusing your body's natural clock.

Previous studies blamed blue lights because scientists thought that our eyes were more sensitive to detecting its short light waves. But Dr. Brown believes his team's study shows that it's not just the color — both the color and the brightness of the light matters.

"Our findings suggest that using dim, cooler, lights in the evening and bright warmer lights in the day may be more beneficial," stated Dr. Brown. "Research has already provided evidence that aligning our body clocks with our social and work schedules can be good for our health. Using color appropriately could be a way to help us better achieve that."

Whether you depend on night mode or not, it's probably best to give your eyes (and mind) a break from electronics before bed anyway. Sleep experts still suggest giving yourself time to wind down from all the mental stimulation. They also recommend silencing electronics that can become distractions that jolt you out of sleep mode.

This article was originally published on Dec. 19, 2019